In the first of a five-part series on the power of the media, Private Media's chairman reveals what happens when you cross Rupert Murdoch. 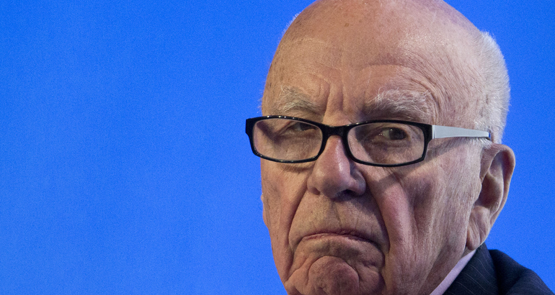 As part of Crikey‘s ongoing 15th birthday celebrations, we are examining the relationship between power and media and how it has changed over the last decade and a half. This week, Private Media chairman Eric Beecher explains the nature of real power in media.

“The point about real power is that it does its own work, particularly among those who deal in power. Nobody in the power elite needs to be told … everybody understands; the fact of power is enough. If there’s a bull in the field, everybody steps carefully. The fear gives him access; the access gives him influence. Real power is passive.” — Nick Davies, Hack Attack

Shayne Neumann learned about real power the hard way. In August last year, as Labor’s little-known federal opposition spokesman for indigenous affairs, Neumann was one of many politicians who rolled up to the annual indigenous Garma Festival in Arnhem Land. Sitting on a panel discussing the Recognise movement for constitutional acknowledgment of Aboriginal people, Neumann decided to criticise coverage of the issue by News Corporation newspapers, adding: “There’s too much power in the media controlled by one man who lives overseas.”

That was an interesting thing to say in a public forum. I remarked to Neumann after the panel was over. It needed to be said, he responded. When I asked whether he was he concerned about the political consequences of criticising News Corp in public, he seemed genuinely surprised by the question.

It took less than 24 hours for Neumann to realise the consequences. On its front page and in its leader column the next morning, The Australian turned its guns on him. “Aboriginal leaders have described as disgraceful, divisive and ignorant an attack by Labor’s indigenous affairs spokesman, Shayne Neumann, about coverage of reconciliation in The Australian and other newspapers owned by Rupert Murdoch,” the page-1 news story began. In an editorial, The Australian advised Opposition Leader Bill Shorten to counsel Neumann over his anti-News Corp comments.

Shayne Neumann is a bit player in the broader choreography of media power in Australia. But his front-page dressing-down in the house organ of Australia’s dominant media empire sent a salutary message — to him and to other senior politicians who ignore the ground rules of political and media life in Australia: don’t overstep the mark. Pay obeisance to the permanent source of power. Apply appropriate filters to your decisions and public utterances. And it doesn’t hurt to be obsequious.

For any politician or public figure needing formal talking points on how to approach this subject, they were provided by no less than the Prime Minister, just a few weeks before Neumann committed his Garma faux pas. “No newspaper has more profoundly or more consistently shaped the intellectual life of our country,” cooed Tony Abbott at The Australian’s 50th birthday dinner. “No think tank, no institution, no university has so consistently and so successfully captured and refined the way we think about ourselves.” And, on its owner: “Rupert Murdoch may have become an American by necessity, but he’s always been an Australian by conviction. The Australian has borne his ideals, but not his fingerprints; it has been his gift to our nation.”

The measurement of power in a society is an amorphous and necessarily subjective concept. “News Corp is easily the most powerful political force in Australia — bigger than the major parties or the combined weight of the unions,” writes 30-year Labor strategist Bruce Hawker in The Rudd Rebellion, his recent book about the 2013 election. I heard the same view expounded by a former Victorian cabinet minister at a small dinner in Melbourne in 2012 given for Justice Brian Leveson, whose judicial inquiry into the News Corp phone-hacking scandal uncovered more detail about abuse of media power in 17 months than Britain had encountered in 170 years. “The Herald Sun is by far the most powerful institution in this state,” the minister told the judge. “Far more powerful than the government.”

When I once asked a senior cabinet minister in a recent federal government to explain how media power in Australia operates in the world of politics, this is how he answered. “A cabinet colleague of mine recently told me he’d had a call from [the head of a large media company] who said that one of his editors had put together all this personal information on him, but he was calling the minister just to let him know that he had instructed the editor under no circumstances was the personal information ever to be published.”

That’s how freedom of the press works in Australia, the politician explained, without a hint of joy.

Tomorrow: The shadow of power

At least it’s possible to see where Murdoch’s been and avoid it. He will, eventually die.

May His Rupertship remain undead for another quarter of a billion years.

Could he possibly be as bad as the Crikey Censorship Commissariat and their Fellow Travellers?

RHWOMBAT, PINKOCOMMIERAT, IAN O SUNTHROWT: I completely agree with your sentiments. However, and at the risk of depressing you, I remind you that the bastard’s mum lived to be 100. An age which the Hun looks likely to achieve.