Labour in the UK might just have to accept its role as a party representing a diminishing section of the social whole. Labor in Australia has a bold opportunity to reshape its core. 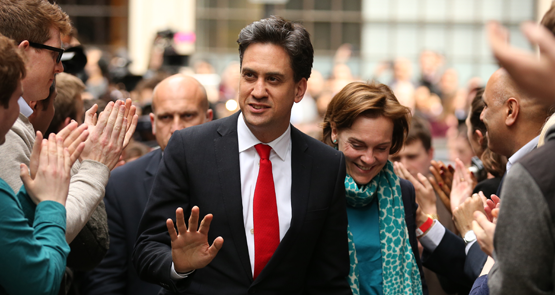 Well, try as I might, there’s not much point in talking about anything other than “the aftermath” of “the event” in the UK — if only because whatever the hell happened is evidence of processes not limited to the UK.

Day Five after the election, and with Ed Miliband, away from all meeja, holidaying in Ibiza — the Tory-boy Guido Fawkes website tried to track him, but was howled down by its own readership — and it’s started to sink in that something very strange and portentous has occurred.

The Miliband period of Labour is coming apart and drifting away in the memory, like summer smoke. What the hell was that all about? People are starting to ask.

Blair had been New Labour, and Brown, as a tail-ender, had been all about “endogenous growth” — the idea that the capitalist economy could be kept in permanent growth by judicious demand expansion, which was, at the same time, redistribution. Hence all those schools and hospitals — and, in Australia, the Building the Education Revolution.

Following the 2008 crash, Brown’s approach was discredited (he railed against any idea of cuts, arguing that only maintained demand would get the global economy out of the ditch), and his and Blair’s embrace of bankers, etc, as the furnace room of the economy could not be mentioned.

But though Ed Miliband was key to rejecting that approach — first off by sending packing his brother David, a Blairite — he never put a whole alternative in place. Milband, E’s passion was distribution, not production, and so he and Labour never gave an account of how the economy should be managed or reshaped.

There was a very old-school feel to this, as if the economy were simply there, like an old smokestack and coalmine one. There was plenty of policy and detail on tech, IT, services, training etc etc, but no big simple picture given. The Tories didn’t give much of one either, but they didn’t need to, it’s simply assumed that their business is business.

Now, in the wake of Labour’s underwhelming result, this absence is glaring. Miliband, E’s leadership is already starting to be remembered by nothing other than its embarrassing gimmicks, chief among them that damn three-metre headstone of promises.

In retrospect, the whole thing is starting to seem fanciful and unserious, as if the workie had run it. That’s a familiar effect of failure — whatever happens has a “rhetoric of the real” about it, as if nothing else could have happened — but it’s also a product of the reverse result, Labour’s seat tally going backwards.

By Monday or Tuesday, the effect of this was beginning to sink in. By Thursday, as the weeklies — The Spectator and New Statesman — hit the stands, the question was being put, as per an essay in the latter: “Is Labour finished for a generation?”

Labour would most likely need two elections, at least, to even be close to a majority in its own right. But it would need far less of a gain to break the Tory majority — with the SNP’s 56 seats, and another eight or so general left seats, it would only require a gain of 45 or so.

That may well demythologise the numbers a little, and the vote/seat disjuncture is worth bearing in mind as a counsel against despair — as was certainly the case in Queensland. But it’s a pretty demeaning thing to accept, as a good result, for the party whose 1945 and 1997 results were the largest majorities in the 20th century.

Furthermore, it might get worse. Subsequent seat analysis has shown that one thing that may have cost Labour the election was the rise of UKIP, especially in the midlands and the north, where it was polling between 12-25% of the vote in seat after seat.

The UK has no booth counts, so seat analysis is crude, but it seems very unlikely that those lumps of 7000 to 8000 votes would have been Tory had UKIP not been there. Northern UKIP is a somewhat different party to the eccentric/pernicious middle-class southern one.

Increasingly, its core is working class, and its candidates, commanding people — workers-turned-businesspeople, senior workers and the occasional ex-shop steward. Many were Labour in the ’70s, when the party opposed EU — European Economic Community then — membership, and saw control of immigration numbers as essential to maintaining the industrial power of the working class.

They do not feel that they have changed their views — they feel that Labour has. Once UKIP reached critical mass and became worth voting for, they went to it. The nature of four- and five-party first-past-the-post contests being what they are, it wouldn’t take too many more for UKIP to gain not five or six seats, but 20 or 30.

This is the real nightmare for Labour – that it will not be able to come up with a formula that satisfies left and liberal London, middle-middle-middle class suburban seats looking for strong economic credentials, and Midlands and Northern seats dominated by a collectivist, nativist working class.

It is entirely possible that UKIP could replace Labour as the anti-Tory party in numerous sub-regions. Together with an SNP keeping 50 seats, that would push Labour below 200, and make 300+ a dream. There would never be a one-party Labour government again, and it would rely on UKIP to form a coalition.

That, as I say, is the nightmare result, but it points to the dilemma facing the Labour Party. One part of its base is localist and nativist, another part is social liberal and globalised — and to win it, it must get both of these and reach out to groups further afield, and even further to the centre-right. Absent a change to multi-member electorates, mobilising to the left will do nothing for it.

In broad strokes, the same dilemma faces the ALP, though in Australia the difference is more economic than political-cultural — house prices and compulsory super have created that most extraordinary beast, a rentier-labour aristocracy, whose interests diverge from lower-income, unskilled and precarious workers quite sharply.

To bridge that gap ain’t easy, as everyone heard, listening to Bill Shorten failing to deal with the question of the deficit. Political campaign strategist Mark Textor called it his “Miliband moment”, and there was truth in that — since coming down hard on one side or the other will alienate a whole section of your vote.

This is the crisis for Labour, stark and square. It was formed as a unified party on the base of a unified class — unified by the form by which it lived. That unity has been sundered by tech change, social change, you name it, yet the party continues to seek the unity that is now a phantom, as its reason to be.

That will not occur. Labour in the UK will either have to accept its role as a party representing a diminishing section of the social whole — or it will simply have to disregard its name, and present, via a strong leader, a compelling worldview and program to the public as citizens, who are united by not being part of the top 10%.

Whether it is still called Labour when it does that remains to be seen. The whole party system may recompose. In Australia, the ALP should welcome the fact that the Greens have taken a whole social class with them, giving Labor the chance to shape a core message to a core set of classes.

Instead, in some Whitlamite fantasy/hysteria, it alternates between calling the Greens Nazis and calling on them to rejoin Labor. How much more energy is going to be wasted on this collective neurosis before Labor gets its shit together?

In the UK, the strata that power the Greens haven’t yet left Labour en masse. That’s the problem. They are in positions of power in the party. Their capacity to challenge UKIP for voters is zero.

The contenders for the party leadership are a roll-call of such as an in-group elite, with the press engaged in desperate pseudo-differentiation (“he’s a bit less of a bland political professional than she is”).

They are going to need a lot more than that to recombine the party, and most likely will not. Progressives are going to have start thinking hard about how the movement has heft and representation after Labour, because it is clear that that process may have begun.

First past the post systems are always going to throw up odd results. In the election just held the Tories only obtained about a quarter of the eligible vote, yet already they are throwing up policies that threaten a wholesale restructuring of the society: the so-called anti-terror laws are fundamentally undemocratic. Cameron also wants to leave the ECHR which his own backbenchers are threatening to oppose, so fundamental are the implications.

The problems that you identify are one reason that more and more people are looking seriously at a PR system. After all, that is what nearly all European countries have, and they are at least as well run as there UK and in many cases a great deal better.

Guy, you hit the nail on the head with this sentence: ‘Labour in the UK will either have to accept its role as a party representing a diminishing section of the social whole — or it will simply have to disregard its name, and present, via a strong leader, a compelling worldview and program to the public as citizens, who are united by not being part of the top 10%.’ But this is precisely the same dilemma facing Labor in Australia. And the name of the party that best fits that description – given another strong leader like Bob Brown, or potentially Ludlum or Bandt – is the Greens, who are not merely the party representing the interests of the inner-city knowledge-producing class, but the interests of humanity and the planet: the only viable New International that now remains to us. Best, Humph

Guy, as I read your final sentence about, “Progressives are going to have start thinking hard” I thought of the “Progressives” involved in such actions as tonight at Sydney University accepting it’s all right for women to be segregated at the back of the Hall, and W.A. University where they forced the Administration to reject a Foundation to examine the impacts of Climate Change even though the outstanding academic who was to head it actually believed [on rational grounds] in the reality of Climate Change.
Vale Quality Universities?

“In Australia, the ALP should welcome the fact that the Greens have taken a whole social class with them, giving Labor the chance to shape a core message to a core set of classes.”

But what ‘core message’? Redistributive social democracy was a nice sales pitch in a previous century, but the plutocrats (IOW markets, super-mobile capital, & prostituted media) would never allow it today. And ‘jam tomorrow’ isn’t convincing when todays bread ration is smaller than yesterdays, hence the Torys switch to ‘Oooga Booga .. Muslims!’
ps. i wish a new party would appear to suck all the fantasists out of the Greens, i.e. all the techno-utopians, animal libbers and identity politics fundamentalists.