Poll Bludger: are we headed for a double dissolution?

Tony Abbott is still insisting the election will be held next year. But does his most recent budget say otherwise? 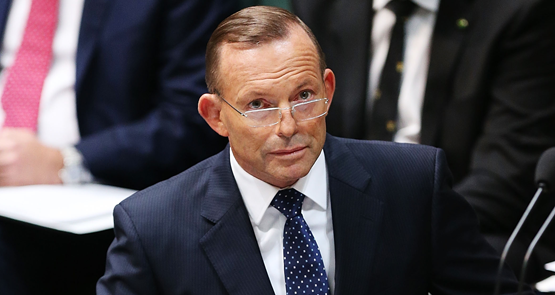 So far, so predictable. But whatever lines of spin our politicians might choose to formulate, the most interesting question remains unanswered: was this an election budget?

Speculation to that effect bubbled to the surface a fortnight ago, when Laurie Oakes related that “experienced political operators” believed a “dull” budget might be followed in surprisingly short order by an early double dissolution election.

Any doubt that the first half of that bargain was going to be fulfilled was dispelled by Joe Hockey on Tuesday evening. What now of the second?

The Prime Minister is maintaining the line that the election will be held according to schedule in the middle of next year, although he certainly isn’t being so emphatic as to deprive his government of the double dissolution stick as it negotiates legislation through the Senate.

This is notably an issue for deregulation of university fees, which the government threatens to reintroduce by way of setting up a trigger to join last year’s blocking of its bill abolishing the Clean Energy Finance Corporation.

A canary in the coalmine of an imminent move to a double dissolution could be early action on Senate electoral reform, since any such election under current rules would swell micro-party ranks still further, the quota for election at a double dissolution being 7.7% rather than the usual 14.3%.

Getting senators to reform the very system that got them elected in the first place will present the government with quite a different challenge from what it has been accustomed to in relation to contentious budgetary measures.

With the implacable hostility of the smaller players assured, the only thing for it would be a deal with Labor or the Greens. Both are reportedly divided as to how they should proceed, with the Greens said to be considering the contentious compromise of a 4% primary vote threshold for parties to clear if they are to be eligible for a seat.

Alternatively, the government could find that it’s able to reach a deal, but without the other party feeling obliged to ease through a momentous piece of legislation according to the timetable that happens to suit the Coalition.

There’s also another, less widely acknowledged complication for any election the government might wish to pursue before at least the opening months of next year.

Late last year, the Electoral Commissioner issued a determination of the number of House of Representatives seats each state’s population entitles it to, as is required in the first year of each parliamentary term.

The conclusion was that Western Australia’s current total of 15 seats was one too few, while New South Wales with 48 seats had one too many.

Until then, any early election will hit the sticking point of the High Court’s 1975 determination that states are constitutionally entitled to their designated seat shares from the time they are determined, regardless of whether the redistribution process has caught up or not.

The Electoral Act has this covered through the extremely messy contingency of a “mini-redistribution” — which, happily, has never yet been put into practice.

Under this procedure, Western Australia would be granted its 16th seat by having the Australian Electoral Commission identify the two neighbouring electorates with the highest combined enrolment — which, on current numbers, would mean the Liberal-held metropolitan fringe seats of Pearce and Canning — and dividing them into three, with no more than a week available for the job to be done after the election is announced.

In reducing New South Wales from 48 seats to 47, the instrument would be even blunter. The two neighbouring electorates with the lowest combined enrolment would simply be merged into one, leaving its voters with barely half the representation and voting power allowed for everybody else.

Since the far-flung areas of our country tend to be those with the weakest population growth, this would likely mean bad news for the National Party, which is hardly so spoilt for seats that it would happily surrender one for the sake of a Liberal Party theory about optimal election timing.

The most likely scenario would involve a merger of Farrer and Riverina, which would then cover nearly 40% of the state’s surface area, including the entire length of the South Australian border and all but a small section of the Victorian.

The unhappy electors of this monstrosity would presumably face a choice between Sussan Ley, the Liberal member for Farrer and most recent addition to cabinet, and Michael McCormack, who holds Riverina for the Nationals.

Another possibility could be the merger of the Nationals-held North Coast seats of Cowper and Page, leaving Luke Hartsuyker and Kevin Hogan fighting it out for preselection with no safety net for the loser.

It might be argued that such complications won’t count for much when weighed against the stakes involved at a national election, and that a stronger basis for doubting double dissolution talk is simply that John Howard doesn’t think it’s a good idea.

But it could equally be thought that Abbott, self-proclaimed ideological love-child of his predecessor though he may be, favours an altogether different style of politics — that he is, as Laurie Oakes would have it, “not the sort of fighter who stands around waiting to be hit”.

Another wily Canberra operator, Senator Nick Xenophon, probably struck an appropriate medium when he diagnosed the budget as the work of a government “leaving their options open to go to an election by the end of this year”. That being so, keep a very close eye on the flurry of post-budget opinion polls that will roll out over the coming days.

Why can’t the AEC combine Parkes and New England – two birds, one stone – do the country a favour?

Given that arguably a diverse Senate is an advantage for democracy and representation of the States, there hasn’t been any discussion about limiting the Senate to people that are NOT members of a party. In other words, ban the parties from the Senate and restrict some of its functions to avoid legislative gridlock.. Rob

I don’t see why a 4% primary vote threshold should be “contentious”. Nearly all countries that use a PR system have just such a minimum (usually 5%) to weed out the lunatic fringe. It is precisely the unwillingness of the big parties to have real electoral reform that has lead to the Senate being overly influenced by nutters who barely scrape together 1% of the primary vote but through relentless horse trading and manipulation of the system get elected when really they should not be.

Hard to imagine Abbott giving up his pay packet early, squarked a lot the last time it was reduced.

An excellent summary, even if some posters end up using nit only as a medium for fatuous comments about their bete noirs.