‘A broad, general channel’: is SBS ignoring its charter?

SBS has told an Australian filmmaker it only wants docos with "broad, general appeal". Isn't that what commercial stations are for? 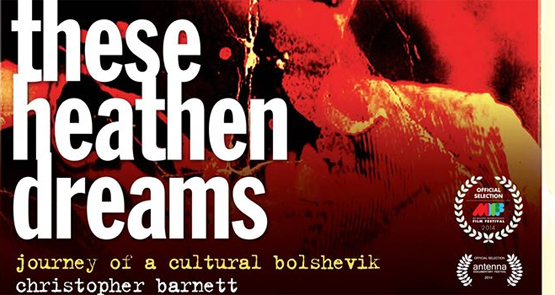 The SBS Charter says the “principal function of SBS is to provide multilingual and multicultural radio, television and digital media services that inform, educate and entertain all Australians and in doing so reflect Australia’s multicultural society”. It highlights how the broadcaster must do this, which includes through increasing awareness of diverse Australian cultures, by “as far as practical” broadcasting in people’s preferred languages, through making use of Australia’s diverse creative resources, and through contributing to the “overall diversity” of Australian TV and radio services.

“As a broad general channel we can only acquire documentaries with broad, general appeal,” a program assessment manager at SBS wrote the film’s distributor Andrew Pike. “This film is just too niche and Christopher Barnett is not well known enough in his home country to attract the kind of audience we would need to justify such an acquisition. I would suggest you approach the Foxtel Arts Channel.”

Anne Tsoulis, a Greek-Australian filmmaker with a long history of filmmaking around the world, and former investment manager at the Australian Film Commission, was shocked at the reasoning given for rejecting the film. “It took my breath away, when I read that line,” she told Crikey yesterday. “I said to Andrew [Pike] and my co-producer, this is just not right. It’s the multicultural broadcaster telling you they’re appealing to a general audience.”

Tsoulis took up her concerns with SBS, writing back to both the assessment manager and SBS chairman Nihal Gupta. She drew Gupta’s attention to the SBS charter, which explicitly positions SBS as a broadcaster distinguished by a commitment to multicultural communities and ethnic diversity. She asked him whether the SBS charter still had relevance to the broadcaster, or whether SBS was “now a station for a ‘general audience’ without relevance to multiculturalism”.

Gupta sent Tsoulis back a letter acknowledging her correspondence but passed it on to SBS director of television and online content Marshall Heald, who responded by saying “the team and I are deeply passionate about the role that content on SBS plays” in terms of multiculturalism.

Most of Heald’s response focused on how SBS had recently lost its contract to broadcast Foxtel’s arts channel, STUDIO. Because SBS had already commissioned content to fill STUDIO, it has been forced to find space for that content elsewhere. This now means the broadcaster has a very full slate of arts programming over the next 12 months. However, Heald said SBS might be interested in These Heathen Dreams, Tsoulis’ film, for SBS On Demand.

Tsoulis told Crikey her concern was never whether or not the film got picked up (it’s already been screened during prime-time in France), but with the statement that SBS was a broad, general broadcaster with no particular commitment to niche programming, particularly for a multicultural audience. “I just found it really brazen,” she said. “I looked up charter to see if they’d changed it. I was surprised to see they hadn’t — it’s still the same, and is about the need to represent ethnic communities on screen. So I thought they’re just ignoring the charter now. They’re seeing it as irrelevant. And Gupta never responded to that question — he thought he could just pass me on to Marshall Heald, who thought he could throw me some crumbs.”

“But it’s really not about my documentary. It’s about local filmmakers having an outlet for product, and about the ethnic communities holding on to their broadcaster.”

“I’ve never, ever written a letter to a board in my life,” she added. “But this one really got to me.”

SBS is currently hoping to secure passage of a bill that would allow it to double the amount of advertising it airs in prime-time provided it airs fewer ads at other times. Many fear advertising has left the multicultural broadcaster overly-reliant on strong ratings to make budget — Crikey has been told that even its journalists now have ratings as a formal component of their assessment.

Pike told Crikey there had been a concern in the documentary-making industry for some time that SBS was backing away from its multicultural mandate and is trying to get a broader, younger audience that’s more valuable to advertisers. It’s not a new thing, he adds. “This goes back to the John Howard years when the shift started to happen.”

“There are certainly rumours rampant in the film trade about SBS buying English-language versions of films available in other languages. They’re swinging towards the English language as much as they can,” Pike said. He also cited a general reluctance on the part of SBS to acquire films made by independent producers that deal with other cultures (though he noted this was an issue for broadcasters other than SBS as well). “There are some wonderful Australian independently produced documentaries that are not getting a broadcaster,” he said, citing the multi-award-winning Love Marriage in Kabul as an example.

Asked to comment on whether SBS now saw itself as a “broad, general channel”, a spokesperson said “SBS has a unique purpose to connect Australia’s diverse multicultural communities”.

“With documentaries like Struggle Street which reached over 3.2 million Australians, First Contact which just won a Logie for Most Outstanding Factual Program, and the upcoming third series of the award-winning Go Back to Where You Came From, SBS has a well established reputation for bringing audiences documentaries which reflect our commitment to our unique Charter to explore and celebrate cultural diversity.”

Don’t call it ‘slow TV’: The Beach is the meditative show we need

Egypt wants to silence Peter Greste, but you can listen to him here

Yes. strange goings on. They even have bogan bait like Vikings now.

The SBS isn’t staying within its Charter obligations?
How on Earth is that news when they’ve been running amok for decades?

Or, perhaps not so much sell off, but funding itself from now on: Communications Legislation Amendment (SBS Advertising Flexibility and Other Measures) Bill 2015. (http://parlinfo.aph.gov.au/parlInfo/search/display/display.w3p;query=Id%3A%22legislation%2Fbills%2Fr5441_first-reps%2F0000%22;rec=0)