Labo(u)r parties everywhere are both weaker and stronger than they appear to be. 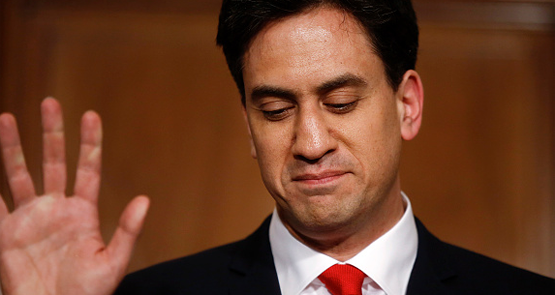 “The postmortems have begun,” numerous commentators have remarked in the UK, as the new Tory government begins to lay down its agenda, and the Labour Party retreats to lick its wounds, and have an unnecessarily Byzantine leadership contest.

It’s fair to say that the Tory approach is “politics first”, with sinister meat-puppet Michael Gove appointed as Justice Secretary to kill the Human Rights Act, neo-Thatcherite Sajid Javid as Business Secretary announcing anti-union regulation to make strikes all but impossible, and culture warrior John Whittingdale made Culture Secretary, ahead of the renegotiation of the BBC’s charter, with the strong suspicion that revenge for perceived bias will be long and unpleasant, at least for one side of it.

For Labour, “postmortem” is a funny word. What’s going on certainly involves knives and surgical precision, but everyone they’re going into is still alive, more or less. The old New Labour crowd has leapt into the fray with glee, with Peter Mandelson, the dark prince whooshing back in to say that Team Miliband gave aspirational people nothing to vote for, and bashed the rich, while Blair, at least paying tribute to Miliband, said Labour had given aspirational people nothing to vote for, and David Miliband seemed to fly back into the UK just to appear on the BBC and say that Labour had run a terrible campaign.

By Tuesday, the 20/20 hindsight had become so widespread that it could have been a Specsavers advert. Many people who had accepted the verdict of the polls and believed Labour to be running an effective, segmented campaign now say that of course it was always inadequate, what was anyone thinking, why was there no attack, why didn’t they go in hard? etc. The old New Labour mafia and the respectable centre in the media took the opportunity to pile-drive the idea that Labour should never never go even mildly to the left. For a demoralised Labour mainstream, aware of the loss of Scotland and the possibility of a boundary redistribution that would remove the existing skew to Labour, it was all easy to believe.

All too easy, in fact. You find yourself nodding along, before you go “hang on …”. The reason, above all, that Labour couldn’t get a majority back was that people didn’t trust them to run the economy, and those who had stuffed the economy were from bloody New Labour! Mandelson and co had given the banks open slather, and they lost trillions, dwarfing the mild deficits that Gordon Brown had run up to build schools and hospitals. In the wake of the defeat, old New Labour has sought to blame the loss on mild proposals for a mansion tax, crackdowns on tax-avoiders and the like, as if that had put the fear of Bolshevik hordes into the middle class.

Yet, up and down the country during the election, I never heard anyone express disquiet about these modest progressive tax proposals. What one heard was a basic doubt that Labour could “handle” the economy — and that was directly related to the crash of ’08, caused by financial deregulation. New Labour’s attempt to portray Miliband’s tax proposals as the means by which the public came to doubt Labour’s credentials was utterly false. Its intent was obvious — to shift the blame for the public loss of confidence in Labour’s economic management, which they had caused, and for which Miliband and his team were taking the blame.

The object of this assault was to stampede Labour towards the centre, while everyone was too demoralised to question the logic. There was nothing evidence-based in this — it was a simple repeat of the left-right battles of the ’80s. In that period, the left genuinely had been out beyond the mass expectations of the public. By now, the proposals were so modest that objection to them simply amounted to an objection to redistributive taxation altogether. Both Blair and Mandelson had denounced the mansion tax before the election — they were leading the opposition to it that they would later cite as decisive.

“Labo(u)r everywhere is both weaker and stronger than it appears to be, but only if it activates the latter by getting out of the sump of recrimination, self-pity and blame. “

Quite possibly what was required for Labour to be more competitive in 2015 was to be in a position to repudiate New Labour entirely — i.e. to have prominent Brown minister Ed Balls nowhere near government, and maybe even to bypass the Miliband brothers entirely, and have a cleanskin as a leader. The new team could then ream New Labour — on deregulation, on Iraq, on a range of other stuff, tie them to the Tories and rule the whole thing off.

With the pallid result, British Labour are being accused of having no big picture, no alternative vision of life, that would compel a serious majority vote above the rather pathetic 30.4% they achieved. But even that might have been less important than simply going in hard against the Tories. There was strong suspicion that this relentlessly non-negative campaign came from the US advisers to Labour, from David Axelrod on down.

“Show them some John Howard clips from 2004,” I said to an Australian-Brit vaguely connected to the Labour centre, after the Tories’ 8-billion-pound promise. “Show them where he says ‘you can’t trust Labor on interest rates’ to every question 15 times in a row, until the interviewer is bleeding through his eyeballs with boredom. Howard doesn’t care. He just keeps going.”

“I know, I know,” he said. But what can you do? was the implicit point. He was exhausted, and possibly bewildered by this refusal to take the fight up to the right. As was everyone. The campaign had had the same tranquilised insouciance as characterised the US Democrats during the 2000 post-election Bush-versus-Gore stoush, when they wouldn’t even turn out people to go toe-to-toe with the right-wing thugs trying to steal the election in Florida.

The problem is not being too left-wing — the problem is that they’re so interlaced with a technocratic right-wing establishment that they can’t even stand up for themselves. Deep down, many of them so doubt the rightness of their own message that they quail before the onslaught of a Tory machine whose economics — in strictly systemic, not justice terms — they know to have a degree of formal correctness to it.

There I go, you see, 20-20 hindsight. But deep down, at some level, I suspect many people knew this was a strange, affectless campaign, which wouldn’t just at least come out and punch on — and if it were to go down, go down fighting. We just kept mum and crossed our fingers and hoped that they were getting it right, and were somewhat encouraged by polling. The content was social liberal, and worthy, but it had the fatal flaw of liberals identified by Belloc, I believe, who said they are people who won’t even take their own side in an argument.

Yet for all that, for all that, here’s the weird thing — when you sum together Labour and the SNP, the left overall took 5% from the right and the centre-right. The Tories gained a mere 0.7% of the vote. 0.7%! And they took it all from the centre. The vote drift was to the left, it was simply queered by the paradoxical processes of first-past-the-post across regional variation.

So the struggle now within Labour is to defend against those who would seek to defend their own reputation by trashing Labour into the future, and pulling it so far to the right that the variation between itself and the Tory party is simply one of decimal points on tax brackets — but also to devise , as I may have mentioned, a “new deal”, a comprehensive program that caters to the genuine needs of the relatively well-off centre, while connecting their life-chances to the improvement of the least well-off. This is done by the distribution of social power, rather than the simple redistribution of the social surplus.

That’s a tall order for British Labour, but it has an intellectual hinterland — genuine think tanks, discussion circles and the like — to help it get going. Labor in Australia? It has Bill Shorten, Troy Bramston, Per Capita, and endless kvetching about the Greens. Cry, the beloved country. Labo(u)r everywhere is both weaker and stronger than it appears to be, but only if it activates the latter by getting out of the sump of recrimination, self-pity and blame. Otherwise it’s not only postmortems, but petites-morts, and the former of the latter, all the way to the next defeat.

“deep down, at some level, I suspect many people knew this was a strange, affectless campaign, which wouldn’t just at least come out and punch on”

Really? You article on election night didn’t sound like that. Actually, i felt that Labour was running an honest nuanced campaign. It was a blessed relief too. And the fact is that they got a swing – it’s just that with the absurd mechanics of first past the post and the fallout from five years of Lib Dem hypocrisy the result screwed up for labour. Also we need some good lefty tabloids to spell out the message from the left and counteract the lies from the right.

Guy, “20 – 20 hindsight” was NOT needed to understand U.K. Labour had gone down disastrous roads; but it is true that the extent to which the U.K. public decided they couldn’t be trusted certainly was a surprise.

There are some other factors. At no time did Labour dissociate itself from the disastrous foreign policies that it had pursued and the later Tory ones that it had supported: Iraq, Libya, Syria, Ukraine to name just a few.

Secondly, it totally failed to understand the mood in Scotland. The Scots are throughly sick and tired of being taken for granted by Labour (the tories have never really featured) and for ignoring legitimate Scottish desires for genuine autonomy, even if that did not extend as far as actual independence. The SNP defence policy for example, was a truly radical departure from the past, and the Scots voters obviously liked the ideas.

I agree that the first past the post system is fundamentally unfair. But so too is the system here. It is hardly a surprise that no European country that I am aware of has a bar of either the UK or Australian system of voting. Are they all wrong and we are right? Think not.

as i said ‘deep down, at some level…’. on the surface, yeah, i believed the polls, thought labour had done well using a low-key strategy. which stilled the dissident voice in one’s head.

Considerably more reasons for the loss than New Labour would have you believe:

Another feature was that Cameron and Osborne essentially made no egregious mistakes in 5 years (5 years of an almost total absence of substantive policy from Labour), except ones that were too difficult to explain in a soundbite to a disengaged 15 year old e.g. swing voters.

Those 2 errors were biggies: slamming the brakes on the economy thus creating another recession that is still going through, and top-down reorganization of the NHS – an enormously costly waste of time.

Labour should have been hammering these every time they opened their mouths. Instead they were in-country but might as well have been on holiday the whole time. Not listening to the focus groups might have forced some original thinking.