At the end of this financial year, The Conversation will say goodbye to 25% of its funding. 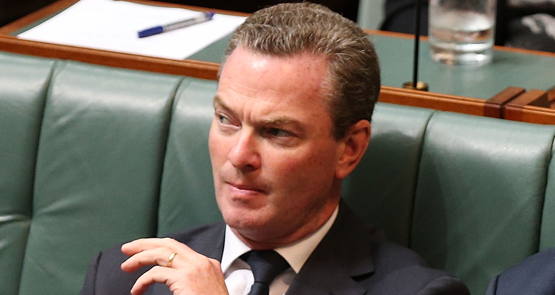 The Conversation has a few months to replace a quarter of its funding, after the government didn’t extend a 2-year funding grant given to the not-for-profit publication by the previous government. The publication’s founder and executive director, former Age editor Andrew Jaspan, told Crikey he was sad to see bipartisan commitment to supporting the initiative evaporate

In 2013, the Labor government gave The Conversation a $1-million-a-year boost to expire in 2015. Jaspan says he told the minister responsible for the funding at the time, Craig Emerson, that the website needed funding to 2017 in order to be self-sufficient. “But Emerson said the most he could do was for two years.” The $1 million a year in government funding now comprises 25% of The Conversation’s budget.

Last year, The Conversation asked the federal government to consider extending the grant for a further two years. The government had been considering it, Jaspan says. He stayed hopeful, despite a Sky News interview last week where education minister Christopher Pyne, while not explicitly ruling out the funding, said there were questions to be asked about whether the government should be supporting the initiative. “I finally confirmed last night that we wouldn’t get any more money,” Jaspan says.

“To be clear, we’re a not-for-profit. We cannot go to venture capitalists, or investors for money. Being a not-for-profit, we can only go to universities who currently make up the bulk of our funding, and government, for initial support.”

The website’s executive team was this morning taking stock of their options now that the extra funding is off the table. One possibility is to go to the remaining six Australian universities who don’t currently support The Conversation to ask them to come on board. Another possibility is to ask universities to raise their contributions to the website.

This morning, The Conversation also launched a reader appeal calling for donations. The website holds the distinction of being the only Australian media company to which donations are tax deductible.

But its management are looking at other funding options, Jaspan believes the government should be funding the website through its start-up phase. The website, which revolves around academic comment on the news published under a creative commons license (meaning they can be freely republished), was founded in 2011. Jaspan thinks it’ll need until 2017 to be self-sufficient.

“Taxpayers do currently provide around $14 billion a year for universities and the CSIRO for research,” he said. “For $1 million a year, we help translate, unlock and share that knowledge with the wider public. It really was a minimal cost to democratise knowledge that the taxpayer has already paid for.”

In an interview last week with Sky News, Education Minister Christopher Pyne repeatedly praised The Conversation for the work it does, Jaspan noted. But the Minister also said he didn’t think taxpayers should necessarily be funding the media company. The irony of the same Minister then supporting controversial measures like the Consensus Centre (to the tune of $4 million a year) isn’t lost on Jaspan, who wryly  notes there are “other projects Pyne does believe need taxpayer funding”.

I would have thought that the Coalition would consider the Conversation an ideological enemy; certainly it publishes many articles which criticise government policy strongly.

Precisely Gavin. Academics of any stripe are the least likely to roll over and spout the line dictated from On-High.

A mature government can tolerate this.

Where’s the Freedom Commissioner when you need him?

Having regularly commented on postings in TC, I have to say, it bothers me not in the least. Relying on Abbott funding you will always be predicated on toeing the political line. While many contributors are great, the outlet collapses in its political commentary as it is made up of hacks from our mainstream news outlets and the Canberra Press Gallery.

Crowd funding will probably save it. Perhaps seen as a privatisation and democracy at work, where if it is valued/supported it will survive..if not another critic of the Tories has been silenced.