One way to help fix the deficit is to streamline welfare by eliminating the bureaucracy with a negative income tax. In other words, just give people cold, hard cash. 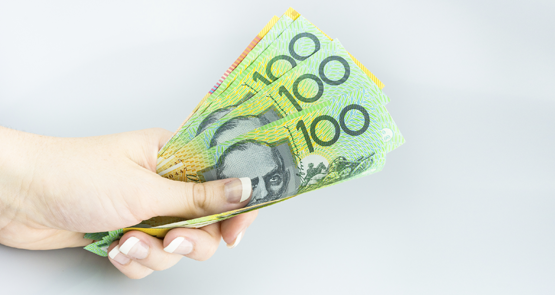 The negative income tax has the odd distinction of being a measure supported by both libertarians and the progressive left, and it’s time we took it seriously.

Closely tied to the idea of a universal income, a negative income tax is a measure by which citizens get a low but guaranteed basic income that tapers off as their income rises. Not tied to virtue or misfortune, it is given freely and with no questions asked to those between jobs, without jobs, or who contribute to society in myriad ways that do not lead to well-paying employment.

Negative income taxes have most famously been championed by Milton Friedman, but the idea of addressing poverty directly by giving people money has attracted support in all sorts of corners. Martin Luther King was another fan. Broadly speaking, libertarians tend to like negative income taxes because they’re a welfare measure that nonetheless preserves small, unobtrusive government, while progressives like that it assures the poor are given a living wage without casting judgement or causing them undue hardship to access payments.

Large sections of the population would not be materially affected by a move to negative income tax, as they earn enough through their jobs that they wouldn’t qualify. But those who currently receive a complex of Centrelink payments and benefits would be aided by a simpler, less bureaucratic form of welfare.

Aside from making life easier for those receiving government assistance, negative income taxes also help reduce welfare churn, allowing the Australian government to dramatically scale back the functions and costs of bodies like Centrelink.

Aside, perhaps, from Saudi Arabia, where all citizens receive yearly dividends from the state-owned patrol company, no country in the world has a full negative income tax regime. But the idea sticks around because it makes theoretical sense. As a way of structuring a welfare system, it’s had its advocates for decades, particularly in the 1960s and 1970s. That era also begot the introduction of four major trials in the United States, which found negative income taxes tended to reduce hours worked. But perhaps this isn’t a bad thing — many advocates of negative income taxes in recent years have cited such tax schemes as a way to deal with the mechanisation and automation of menial work. In a few years time, it’s possible we’ll have our first whole-of-country experiment to go on. In Switzerland, voters in 2016 will vote on a referendum to give everyone in the country a basic income of 2500 Swiss francs a month.

In Australia, negative income taxes have not been a major feature of recent welfare and tax reviews, which have advocated simplifying the tax and welfare system through far less radical means. But one body that has looked closely at the impact of a negative income tax in Australia is the Centre for Independent Studies, which 10 years ago released a paper by economist John Humphreys looking at a range of radical welfare and taxation measures in Australia. It suggested a negative income tax calculated by paying the recipient 30% of the difference between their income and a tax-free threshold of $30,000. Someone with no income would receive $9000 a year. Someone earning $5000 a year would then receive a negative income credit of $7500, taking their total income to $12,500, and so on. This scheme, which sets benefits very low (nearly a third lower than the maximum singles Newstart allowance), preserves a flat 30% marginal tax rate on every extra dollar earned (by withdrawing 30 cents for every $1 earned), minimising the disincentives to take on more work and avoiding poverty traps, where welfare recipients see their total income decline when they take on work and lose more in benefits than they earn.

Writing a decade ago, Humphreys expected the scheme could actually result in a budget saving of $15 billion a year — but he was assuming it would lead to higher workforce participation and thus fewer people on welfare (perhaps a fair assumption if the benefit is set so low). Major critics of negative income tax point to the cost as the major impediment — to be self-sustaining, it’s argued such a welfare system would need far higher taxes to ensure no current welfare recipients are worse off. But other, less pure versions of negative income tax schemes have been found to pose fewer threats to the bottom line.

Of course, the scheme could be tinkered with in all sorts of ways — to give those with disabilities a higher base income, or to adjust for family size — but the basic premise would remain the same. Jumping through hoops to get on Newstart is a full-time job in itself at the moment. This is a huge waste of everyone’s time and effort. A negative income tax could help fix that.

The idea itself is sound. What is needed, above all, is a decent, simple and fair social security system that ensures everyone gets what they need materially, regardless of any ideology or politics. If this negative income tax is a workable proposition I’m all for it.

Thanks to improvements in manufacturing, robotics and AIs we are within a generation or two of probably half the population being literally unemployable, because there’s nothing they can do a computer won’t be able to do better, faster and cheaper.

The future is not a lack of workers, it is a lack of useful work for them to do.

The bureaucracy does not represent some huge cash cow that would be better carved up and given to people. That sounds like an idea straight out of the Murdoch tabloids. The cost of administering welfare is only 3 cents for every dollar that is paid in benefits, not to mention a whole slew of the functions performed by DHS would still need to be kept around under a negative income tax system (i.e. fraud detection, medicare, online functionality).

Benefits given so freely without any obligation would create a huge new strain on the budget, and create a deficit so large it may even interfere with the government’s ability to borrow money to pay for this scheme.

Plus even if lower working incomes were supplemented, there would still be people dropping out of the workforce just to subsist on their basic income. Any theoretical increase in workforce participation as a result of negative income tax scheme depends on the idea that people currently not working just need to be incentivised into getting a job; an idea that has been thoroughly debunked by recent experiences.

The idea is reductionist and too focused on the question of Newstart and workforce participation. Currently pensioners, the disabled, carers etc. live of benefits and obligations that perhaps should be increased but are nevertheless somewhat tailored to their situation. Would any reform guarantee that they would be just as well serviced and supported if they were ‘streamlined’ into the same cohort as everyone that doesn’t feel like working? I doubt it.

So how exactly does Switzerland make all of its money? My guess is that it’s probably the net result of a double Irish Dutch sandwich with a side of Singapore Noodles and Cayman peppers…

Living on 70% of what Newstart pays sounds like a fantasy budget.