If we never truly accept that people can learn from their mistakes, what kind of world are we accepting? Policy analyst Sarah Gill writes on the legacy of Chan and Sukumaran. 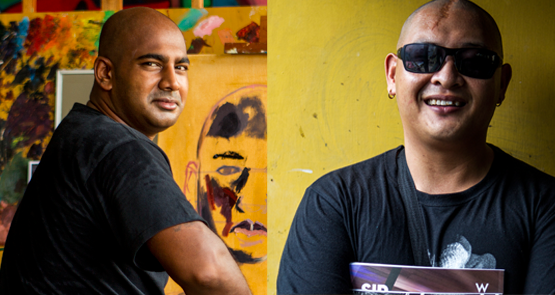 As the families of Andrew Chan and Myuran Sukumaran gather in Sydney to celebrate and farewell their sons, questions are being asked about how they should be remembered — as drug dealers or reformed men? The Prime Minister has openly queried the decision by Australian Catholic University vice-chancellor Greg Craven to create two scholarships in their memory, suggesting it is “open to profound questions“.

The PM is not the first to proffer this sort of critique and to suggest that those obliged to “stand up for the best values” will be morally compromised by viewing Chan and Sukumaran as individuals with any merit beyond their purely symbolic status. His sentiments resonate with some sectors of the Australian community that mostly haven’t bothered to cloak their views in a veneer of respectability. Forgive me if I don’t reiterate them here, while the funerals are underway.

There’s a distinct possibility that Abbott has missed the broader significance of Craven’s gesture, to draw attention to the catastrophic failings embodied in the execution — illegal, as it happens — of Chan and Sukumaran, and to enrich the human rights movement in Indonesian civil society. To be fair though, it’s the memorialising — the notion of an upstanding Catholic institution paying tribute, albeit in a “small but symbolic way”, to two drug dealers — that’s really stoked this moral squeamishness.

On this, we can probably all agree. Chan and Sukumaran’s legacy — the form and the function of it — should be explored. The process might tell us something critical about the nature of atonement, the way we measure a person’s worth and, more to the point, the way we make sense of our own humanity.

While it’s absurd to interpret these scholarships as a sign that the ACU condones drug trafficking, that’s not really the point Abbott is making. According to his thesis, a certain amount of tolerance, of benevolence, towards wrongdoers is permitted, or even called for. But let’s not go too far.

If we take this line of thinking to the logical conclusion, though, we find ourselves in a pretty bleak place. The take-home message is that some mistakes will never be forgotten, never mind the circumstances, the remorse, or the restoration.  We’re not defined by the whole of our experience or even the sum of our parts, but by the worst part — while some collective moral archive forever registers the deficit, even after death, like a vengeful debt collector.

For a government set to up the ante in the war on drugs, this rhetoric comes as no surprise. But what other crimes — besides drug trafficking — will forever place you in the ranks of the unworthy? Drug use (Jack Kerouac)? Violence and sedition (Nelson Mandela)? What about tax evasion (Richard Branson) or anyone branded a terrorist (Jose Ramos Horta)?  Those would be a safe bet, you’d think, just for starters.

We seem to have a national ease — in fact, a national obsession — with eulogising someone who can punt an elliptical leather projectile the length of a paddock or propel a 130-kilogram machine around a track at 320 kilometers per hour, but not every hero is so shiny and golden, or so dispiritingly one-dimensional.

The work of American scholar Joseph Campbell challenges the very notion of the hero as someone who is pristine and flawless. The essential geography in the hero’s journey includes a descent into the “abyss”, a place where our darkest fears — including enemies within — are confronted. It’s also a place where our blunders can open the door to a deeper understanding. To wit: you make a mistake, you learn from it, you become a better person.

There is an abiding literary fascination with heroic figures who are selfish, flawed and capricious, which tells us something pretty interesting about the kind of characters that resonate. Then again, there’s nothing particularly impressive — or instructive — in a story about someone who has nothing left to learn.

Herman Hesse’s Siddhartha charts a path of restlessness, lust, greed and despair before he finally finds peace. And here’s the thing; Siddhartha’s wisdom is achieved not despite his greed and suffering, but largely because of it. The tragic narrative arc is not anti-heroic, but the way to a deeper, often slippery, truth.

In the shadow of last week’s events in central Java though, it’s John Fowles’ exploration of freedom in The Magus — one of the seminal literary pieces of the 20th century — that seems particularly apt. As a work that makes a clear distinction between the liberty to act — to do as you please — and the nature of true personal freedom, its lessons closely parallel the final terrible weeks of Chan and Sukumaran, reminding us that freedom — and courage — comes in many different forms.

Incarcerated on the prison island of Nusakambangan, increasingly cut off from family, friends and the world at large, denied the freedom to speak, to argue their case, and denied, at the end, their very lives, the pair distilled their choices down to this: to love, to paint, to hope, to be generous, to embrace, to stand tall, to sing.

As for the rest of us, we’ll probably continue to take our freedoms for granted. But while we might not agree on how to value a person’s worth, we can be infinitely grateful we’re free to decide, for ourselves, those we admire. For me, I’ll be remembering the words of Nelson Mandela — “a saint is a sinner who keeps on trying” — and thinking of two Sydney boys who chose, under the worst of circumstances, to be the best of what remained to them.

Thank you for this. Well said.

reformed whilst waiting in a deformed foreign legal system
Who will remember them? – their grieving families

Surely, St. Augustine, Bishop of Hippo, is venerated by Mr Abbott! – He was a very bad lad, as I understand, praying to God for sanctity, “but not yet!” He was also, of course, notoriously misogynistic, but that could be forgiven, I suppose.

Mandela always has something simple yet profound to say.
It reminds me of another useful thought – judge not that you be not judged.

Quote: “His sentiments resonate with some sectors of the Australian community that mostly haven’t bothered to cloak their views in a veneer of respectability.”

I guess I am one of the scumbags that you are referring to in that line. While I don’t agree with the death penalty, I do consider that if you are stupid enough to gamble with your life by committing a capital offence in a death penalty country, you have some responsibility when the outcome falls that way. Having the courage and determination to reform yourself while on death row may be admirable, but it does not make you a hero.

We are in a strange country where we hold up people who are killed for committing a crime as heroes or inspirational figures (presumably because they are Australian citizens, as I don’t recall seeing such debate in this country about anyone else worldwide who has reformed themselves while on death row), while we treat genuine refugees who are fleeing to protect the lives of themselves and/or their families as criminals beyond redemption.

There seems to be a strange juxtaposition in this country currently, when it comes to views on human rights, or for taking responsibility for your own actions and outcomes.