Far from being of benefit to people with extreme mental illness, awareness campaigns around eating disorders can actually cause harm, and are really more for women who "just feel a bit shit about their bodies". To survive the current calendar, health advocacy groups must claim a month and shake it. January starts with glaucoma and thyroid conditions, and the year ends with Alzheimer’s and AIDS.  This month is given over to a number of health campaigns with notable new May player The Butterfly Foundation currently raising funds and awareness for eating disorders (ED).

Theirs is a well-regarded organisation providing outpatient services to ED sufferers who, in the case of an anorexia nervosa diagnosis, face what is estimated to be the highest standardised mortality figures of any psychiatric disorder. The help they offer is practical and based in firm research. But, like so many other advocacy groups, the public messages broadcast are entirely theoretical and based on flimsy hope.

With the achievable aim of funding itself and the rather more incredible one of stopping ED at its source, the foundation has launched Don’t DIS My Appearance campaign. Let’s set aside the antique hip-hop language that had passed its best before date before Snoop Dogg had packed his first bowl. Let’s also overlook the decision to ask ambassadors to display a middle finger, which I imagine may seem less like a moment of cheeky defiance than a bleak reminder of the toilet bowl to those who suffer from bulimia. Let’s look instead at how this organisation, and others, can so easily extinguish the very awareness they seek to create with crude messaging.

We spend much of the year in a tangle of awareness ribbons and there are those who reasonably argue that we’re bound to stop noticing the meaning of such decoration at all. But even if a public health campaign is good enough to cut through all this shiny bunting, it may achieve the terrible opposite of its intention.

In a study undertaken to assess the effectiveness of the famous breast cancer pink, researchers unexpectedly found that the women have become both more likely to underestimate their risk of the disease and less likely to donate to charities. The marketing professor who undertook the study concluded that in an effort to make the matter of breast cancer seem less taboo, organisers had also drained the matter of its urgency. After all, it’s pink like Barbie.

In a literature review on gender-based violence awareness, authors found that such campaigns can end up describing a standard of behaviour. If audiences believe that violence is very prevalent, as they reasonably might when viewing such ads, the message can license “violent behavior rather than activating behavior to reduce [it]”. In other words, violence is normalised through its depiction.

The Butterfly Foundation runs a similar risk of normalisation with its campaign. It’s a high-profile, celebrity-studded effort that posits EDs as normal and as prevalent enough to ask us all to change our behaviour in order to prevent them.

“The thing is, though, this campaign is really not aimed at anorexia patients.”

Of course, all reasonable people would like to see a reduction in the incidence of anorexia nervosa. This disorder, which has a lifetime prevalence of between 0.3% and 1.5% in females and between 0.1% and 0.5% in males, is horrifying. That treatment, if accessible, promises a very high rate of recovery would seem to make the task of “awareness raising” all the more urgent.

If we can save a few lives by making death and extreme disordered eating seem a lot more common than they are — and the campaign absolutely does this by conflating EDs, a diverse group of mental illnesses, many of which have no extreme physical side effects, with anorexia in stating they collectively “kill more Australians than any other psychiatric illness” — then what of it?

The thing is, though, this campaign is really not aimed at anorexia patients. Professor Susan Rossell, a highly regarded expert in EDs with qualifications and associations too several to cite, sees “awareness” of this type aimed chiefly at people with “super anxious body consciousness” rather than an actual illness.

Rossell says that campaigns that demand an end to bullying might have some benefit for some ED patients. But the at-risk anorexia patients whose mortality statistic is used as a call to action are unlikely to be rescued by the injunction not to “dis”.

While there are accounts of anorexia patients who suffered chiding for overweight in early life, this is just one tiny potential element of a complex range of influences, including biological and genetic ones, which can provoke ED. While some patients may report bullying as a factor in their disease, others may report endorsement. Just as the so-called “Pro Ana” and “thinspiration” online community of extreme dieting normalises anorexia, campaigns of the Butterfly type can do exactly the same. To the potentially anorexic mind, the “everybody’s doing it” nature of this campaign is as much of a catalyst as a “dis” or a size 4 pair of skinny jeans.

Scholars in anorexia and all ED commonly use the biopsychosocial model to explain this disorder range. While it might be nice to end the “dis”, it might be also of great benefit to legitimate patients, as opposed to the simply body conscious, to understand that their disease has more of the “bio” and less of the “social” than most of us suspect.

“All eating disorders have a strong biological component,” said Richard Newton, Austin Health’s medical director of mental health and board member of The Butterfly Foundation.  When I suggest that the foundation’s newest campaign continues to situate ED entirely in the realm of the social, he explains that the illness-shaping or “pathoplastic” effects of the culture can switch the disease on. There are, he says, historical accounts that describe anorexia some 3000 years old. The “Holy Anorexia” of ascetic women who sought to become pure through fasting was, says Newton, “apparently epidemic in the Middle Ages”. The culture can turn this genetic predisposition on and off.

But what this awareness campaign does not give us is any indication that the disease may be genetic. Researcher in risk factors for ED at the University of Melbourne Isabel Krug rattles off a list of studies on potential endophenotypes, heritability, genome wide association and other data that we lay people can trust to mean that these disorders, particularly anorexia, involve a genetic predisposition.

There are even emerging biomarkers for anorexia, and Rossell was lately involved in a study on a particular eye movement called the “square wave jerk”. It is my lay understanding that imaging for anorexia shows more evolved promise than for those in the study of all other psychiatric disorders. It’s odd that common wisdom, and a great deal of general medicine, treats a common mental illness like depression as a case of “chemical imbalance” or genes, and anorexia as purely the result of social factors like bullying or super-skinny ladies in magazines.

Depression, despite its lack of biomarkers and clear prevalence among those poor in social capital, is read as biological. Anorexia, despite great evidence of its biological basis, is read as social. And The Butterfly Foundation certainly overplays this by recommending being nice to people as a cure for death.

I asked Rossell about our willingness to see anorexia as an entirely manufactured disorder and she said: “It’s because it occurs so often in young girls”. She is unwilling to elaborate much further but when I asked her if it was due to the assumption that young women are empty vessels whose untainted bodies just wait to be filled by the culture she makes an ambivalent noise.

She is not ambivalent, however, on the enduring refusal to study and describe anorexia as having a biological basis. “There are papers I have tried to publish and these have been refused on the grounds that I am trying to overly medicalise anorexia,” she said. “Of course the biopsychosocial model is one that should be observed. But if you continually refuse to acknowledge the ‘bio’ in that complex, then you will end up with no idea of how the different elements interact.”

With medicine so reluctant to commit itself to an explanation for ED, it’s hardly surprising that groups like The Butterfly Foundation would follow suit. But even if we agree that it’s better to take the potential social catalysts for EDs out of the picture, the “dis” campaign fails miserably on that score.

Let’s even allow that the foundation’s normalisation of extreme ED and selective mortality statistic will do no harm and just think about the phrase “don’t DIS my appearance”. Given that the most at-risk ED sufferers are those who are underweight and gain at least as much momentum from the compliments their tiny silhouettes routinely attract as they may have from an early life “DIS”, perhaps “don’t praise my appearance” might be a more effective tactic.

Approbation is, perhaps, even more hazardous to ED patients than condemnation. As Rossell suggests, many public conversations that purport to address ED patients are really just intended for gals who feel like they might be a bit unattractive. And even if making the super body conscious feel a bit better about their flab is considered a good outcome, the “don’t DIS” edict doesn’t even really work here.

If women, both those who suffer an ED and those who just feel a bit shit about their bodies, want to be liberated from the primacy of the image, then surely an obvious solution is to detonate the power of the image.

Here’s my campaign, free of charge, to The Butterfly Foundation next May. How about you try “completely DISregard my appearance”? And instead of using attractive ambassadors and expensive manicures to underscore the lack of importance of the image, try a picture of me after 24 straight hours of researching EDs in my pyjamas. I’ll show you just how visual perfection has very little currency in one adult human woman’s working life. 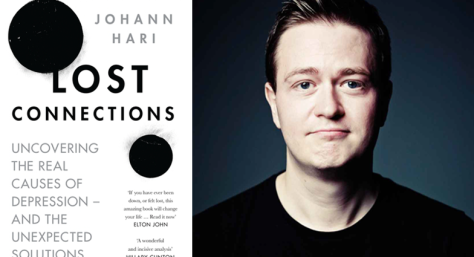 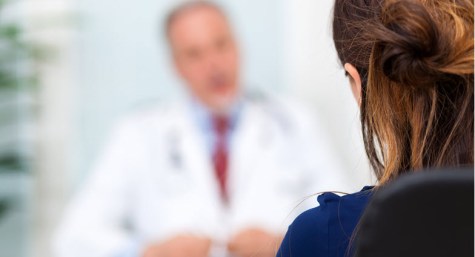 The unmet mental health needs of people with intellectual disability

Add to that the fact that the line “Don’t DIS my appearance” is very similar to the well-established “Don’t DIS my ABILITY” campaign – which works a lot better as a campaign message for people with disability.

ED are serious, but 63% of the adult population is overweight or obese. So while ‘dis-ing’ is never a good thing, refusing to discuss excess weight for the largely unproven reason it might cause a severe ED is entirely inappropriate given where the mass mortality and morbidity from diet actually is. The single most prevalent eating disorder, in epidemic proportions, is ‘over’

Thanks HR. Shows what a committee consensus can bugger up, as opposed to one factual clear voice of reason and logic cutting through the B/S of excuse, rationalisation and dis-empowerment.
Altakoi agree. The elephant in the room.