Not dead yet: is it really ‘game over’ for the East West Link?

Some say the East West Link has gone down: game, set and match. But there's rarely a match point in politics. 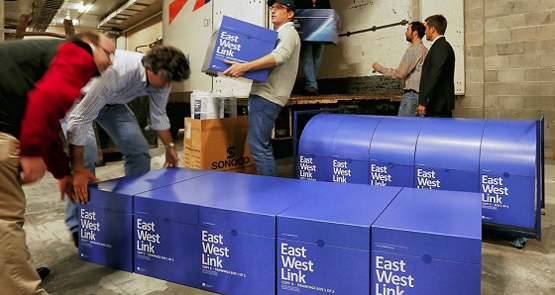 Writing in The Age, Fairfax columnist Shane Green argues that “the Liberals need to accept the election result” and back off pushing for the East West Link to proceed.

“In recent months, we have been living in a parallel universe of political debate as conservative politicians and vested interests have argued the contentious road should still be built. It was as if the November 29 state election that tipped the Coalition out of office after only one term hadn’t happened.”

Like many other observers (including me), Green is critical of the poor benefit-cost ratio for the East West Link, and the unseemly way the former government locked the contract down weeks out from the 2014 election.

It is indeed a bad project, as I’ve argued many times before. But only selective blindness would lead one to conclude the project is “dead”, and contending that the opposition has no right to argue the case smacks of partisanship.

The East West Link isn’t dead, it’s restin’. Both Victorian Opposition Leader Matthew Guy and Prime Minister Tony Abbott have clearly demonstrated they think the option of building the motorway in the future is alive and kicking.

Guy will almost certainly promise over the next four years to build it if he wins government in 2018. He’ll point out that, if it weren’t for the Andrews government, the road would have been finished by now and would have created thousands of jobs.

He’ll argue that Andrews wasted $420 million in cancellation payments as well as hundreds of millions more in sunk government expenditure. He’ll no doubt also contrast “what could have been” with the government’s failure to make a substantial start on constructing the Melbourne Metro in this term. Coincidentally, the government announced on April 28 that it would provide $1.5 billion for Melbourne Metro in next month’s budget.

And there’s no reason why Guy should “accept the decision of the electorate” and stop campaigning for the motorway either. To insist he should is like saying federal Labor should stop arguing the case for key policies — like a price on carbon or a tax on big miners — simply because it lost the 2013 election.

It’s convenient, at times, for both sides to argue — as both Green and Abbott contend — that the 2014 state election was a referendum on the East West Link, but it wasn’t anything of the sort.

A referendum asks the electorate to consider a particular question and give an unambiguous answer, usually in “yes” or “no” form. However, as I pointed out last year, this project was just one issue among many that voters across the state and across Melbourne considered on polling day.

We simply don’t know how much weight voters across Victoria gave it compared to other issues when they cast their vote last November. We do know, though, that voters consistently say that other matters, like law and order, education and health, are more important in their minds than transport.

A strong case can be made that the East West Link was a key election issue for voters living in the inner city, but they only make up around 5% of the electors who determine the make-up of the Victorian Parliament and the government.

We need to think a lot more about what a mandate means, especially now that one-term governments have ceased to be uncommon events and have almost become unremarkable.

He took his time about it, but Daniel Andrews eventually made it clear, prior to the election, that he would cancel the contract for the East West Link if he won office. I don’t think other parties should block a clear commitment like that (e.g. in the upper house).

And in any event, Andrews’ claim during the campaign that the contract wasn’t worth the paper it was written on and therefore wouldn’t involve a substantial payout in the event the project was cancelled can’t be overlooked. That wasn’t disclosed prior to the election and, of course, warrants — in fact, demands — close scrutiny by an opposition doing its job.

It’s instructive to contemplate what would happen if Guy were to win the 2018 election with a suite of policies that include the East West Link. Perhaps he might go further and promise other motorways as well, like the “missing” North East Link connecting the eastern and northern sections of the metropolitan ring road, originally proposed by the Brumby government.

What then? I doubt many opponents of the East West Link would meekly cease their opposition to the motorway on the grounds that Guy has a mandate. I doubt that the new leader of the opposition would feel obliged to stay silent while a project the party had so vigorously — and expensively — opposed when in government was given the green light again.

In my view cancelling the contract was the right decision. But if the opposition and many other Melburnians think it’s a good idea — or that the price of cancellation is too high — then it’s ridiculous to tell the 48% who voted conservative that it’s game over. This isn’t footy; they’ve got the will and the right to play on.

It already looks like the East West Link is developing a symbolic and ideological significance that goes well beyond its practical impact. Opponents of the motorway should put more effort into making a case that resonates with the wider community.

And then a step to the riiiight … theorum of the internet … Dan back in action?