Transurban knows how to sucker punch politicians by offering a “free” $5 billion Western Distributor in exchange for a lengthy extension to its existing toll road concession. 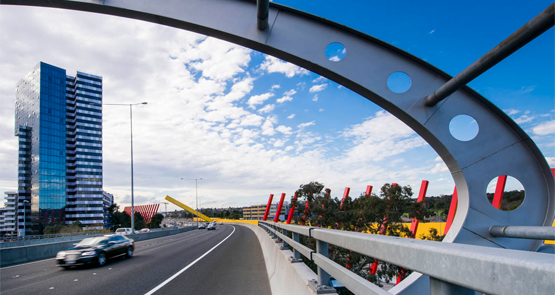 Toll road giant Transurban has been one of the best investments ever made by the investment arm of the Victorian Liberal Party, the Cormack Foundation, and it’s only going to get better if this proposed $5 billion unsolicited proposal with the Andrews government gets done.

Cormack  owns 200,000 Transurban shares and with the stock price rocketing above $10 today, it is now worth more than $5 million for the party.

Much of this value has come from the lucrative City Link toll road concession the Kennett government awarded to Transurban in 1996, along with the numerous variations to the original specifications and terms that have rolled out over the years because the original project was significantly under-scoped.

As Crikey pointed out last October, the most lucrative of these was announced in May 2006 and involved improvements being partly funded by reducing $2.9 billion of long-dated future payments Transurban would now be paying the government to just $609 million paid by Transurban in the four years to 2010.

Transurban sure knows how to sucker punch politicians by bringing forward its own revenue-enhancing spending commitments in return for huge long-term benefits.

Offering a “free” $5 billion Western Distributor in exchange for a lengthy extension to its existing concession, which will deliver record EBITDA of about $540 million this year, is just another example.

The state should instead consider going halves with the feds, with each putting in $2.5 billion up front for the Western Distributor because the sooner these lucrative roads come back into state ownership the better.

Transurban had already eked an extra year out of the Napthine government for the Tulla widening project, and this deal was expanded last week as Transurban took on the widening job between Dynon Road and Moreland Road, which Lend Lease was originally delivering as part of the East West contract.

One of the ironies of the switch from East West to Transurban’s preferred Western Distributor is that a couple of great mates have passed the baton to each other in terms of leading the negotiations with government.

David Crawford and Lindsay Maxstead were besties at KPMG for many years, with Crawford having served as national chairman and Maxstead national CEO.

Crawford has spent almost a decade as chairman of Lend Lease and was a pivotal figure in the negotiated settlement to cancel the East West contract.

This immediately opened the door for Maxstead, who is chairman of Transurban, to step into the breach and present a desperate Daniel Andrews with an alternative $5 billion project.

Transurban shares have enjoyed a terrific run over the past few months, and it is partly the prospect of more unsolicited proposals in Melbourne, Sydney and Brisbane that is driving the value creation.

Macquarie Bank were the original sponsor and pocketed a $25 million success fee after creating a winning City Link tenderer called Transurban, which was little more than a pile of about 20 contracts for other parties to build, operate and maintain what would become the world’s second most lucrative toll road project.

However, Macquarie didn’t have much confidence in the company as it dumped its entire 6% equity stake on May 1, 1996 for just $28 million.

If Macquarie had stuck around, even without participating in any capital raisings, that stake would today be worth about $230 million and the dividends received would have topped $100 million.

The tax benefits have flowed in multiple directions both at the corporate level, plus in the way investors receive distributions, as Terry McCrann noted in The Weekend Australian.

Transurban is now out of Bermuda, but it remains a triple-stapled tax effective vehicle, and those original infrastructure bonds approved by Peter Costello cost the federal Treasury a bomb.

Canberra is heading for another major hit with this latest proposal, especially if Tony Abbott can be persuaded to redirect his $3 billion East West grant to Transurban’s alternative. This is partly because the Western Distributor freight solution proposal is estimated to increase the value of the state government’s Port of Melbourne business by up to $1.5 billion.

Throw in these huge rent increases the port is foisting on its customers, and this year’s privatisation could yet include a price of up to $8 billion for the port.

That would put plenty in the bank for the $9-11 billion Metro Rail project, especially when you throw in Joe Hockey’s quite reckless uncapped 15% bonus payment to encourage state governments to privatise assets.

An $8 billion port sale would drain another $1.2 billion in bonus payments out of the feds, delivering $9.2 billion in total, as the Herald Sun rather hysterically noted in a front-page splash today.

Wonder if that figure will be factored into either the state or federal budgets, which will be unveiled over the next eight days?

If Crown is unfit to hold a licence, then politicians are unfit to govern

All doctor’s wives who usually bemoan the fact that all fault in our economic system – let’s hear it – it’s , its all the unions fault.
Nothing wrong with free enterprise except when the union bosses get involved. Sound familiar? Well how dee do. Just maybe some of our economic problems are the fault of amoral big time money spinners like those associated with this sham and ripping off of public money.

So the Libs have a Bermuda tax haven

Great to read Mayne of all people writing: ‘because the sooner these lucrative roads come back into state ownership the better’.