So you wanna be a ministerial staffer … An army of anonymous staffers keep our democracy ticking over, working behind the scenes to give our politicians the tools they need to do their jobs. But what exactly do ministerial staff do all day?

The hub of every ministerial office is the chief of staff. They have two main roles — as their title suggests, they run the office and manage the staff (especially the political staff), but in many ways, their most important role is to act as the principal adviser to the minister. They should be the person the minister turns to last when making a big decision, and the person who always has the minister’s interests at heart.

It is often said that chiefs of staff are “gatekeepers” to ministers, but I have to say, that never was really true in my experience, even in the busiest levels of the federal government. Ministers tend to talk to whomever they want to talk to — and chiefs of staff cop the blame when someone is aggrieved that they can’t get into the office and they have to deal with the person on the phone instead.

The role of a ministerial adviser is politicised, but not necessarily explicitly political, and one of the core challenges of the role (as it is for a minister) is to balance policy purity with political reality. They do not enjoy the tenure of the public service and are all made redundant when their minister ends their term, whether in happy times like a retirement or sad like the loss of an election.

Sometimes advisers straddle both categories — speechwriters are typically a bit of both.

To indulge the fantasy of almost every staffer, these people are CJ and Toby on The West Wing. Essentially, their objective is to work with the media to present the government (and their minister) in the best possible light publicly.

It’s rarely a good idea for a ministerial office to respond to an issue with a flat “no comment”, so media advisers will press policy advisers and public servants for a more constructive response.

Media advisers are also the front line of the government’s public accountability. The media adviser’s mobile phone number is basically a ministerial office’s front door for the media.

The role of policy advisers can vary fairly substantially from role to role, but the basic objective of a policy adviser is to help the minister make good decisions in administering the government. Again, indulging The West Wing fantasy, Josh Lyman is a policy adviser.

In this context, a “good decision” means reviewing the various policy options that have been developed by the public service, considering other alternatives that have been presented by other stakeholders in the policy process (e.g. business, unions, non-government organisations, advocacy groups) and understanding the political context in which the decision is made and how various stakeholders would be affected by that decision.

In addition to this, and perhaps most importantly, the role of a policy adviser is to be an advocate for the ordinary person on the street in the policy process. A good policy adviser should aim to understand how people are affected by a government’s decisions in a personal capacity and seek to make this effect as positive as possible.

In addition to these non-tenured staff, ministerial offices are supported by a wide variety of permanent public servants.

Typically, the office manager’s role is diverse  — from ordering stationery to dealing with human resources issues. Office managers sometimes stick around even when governments change.

In my view, the most challenging role in a ministerial office is that of the minister’s personal assistant.

Ministers are extremely busy people, who are typically going out to visit people in the communities where they live, rather than sitting in their office in the city or in Canberra. The minister’s PA is responsible not just for setting up meetings, but for making sure that the minister logistically gets from place to place — which in the federal government, particularly, is a nightmare.

The other role of the minister’s PA is to guard the minister’s time, especially against those stakeholders or advisers who tend towards verbosity (a sin of which I am certainly guilty).

Most ministerial offices will also have staff who are dedicated to cabinet and Parliament. Sometimes these jobs are combined, and in the federal government, these jobs are often done by political staff rather than public service.

Ministerial liaison officers (federally, these staff are called departmental liaison officers) are the gateway between policy advisers and government agencies. Typically, their role is to ensure that decisions made by the minister are effectively implemented by agencies.

There’s also normally a receptionist and a driver (at state level, federally the drivers are centralised through Comcar), whose roles are probably obvious. Larger offices might have a couple of receptionists who double as administrative officers when they have spare time.

I liked every driver that I ever worked with, and so do most ministers — they often spend as much time with their driver as with any of the other staff (or their partners and kids) and they can bring a totally unique opinion that doesn’t come up in other part of the process.

Most staff work incredibly hard, incredibly long hours. As in all professions, most staff are very competent — others, less so. Ministerial staff are fundamentally human, with all of the usual faults, but I have never known a group of people who as a group are more dedicated to making this state and this country a better place.

*This article was originally published at LinkedIn 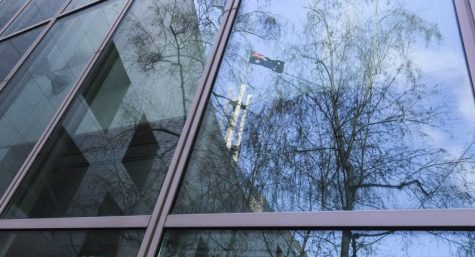 It costs taxpayers millions to fund the factional system. It’s time to cut down on political staffers

Pragmatic compromise in the public service

Thanx for this most informative post. By how much do ministers’ offices differ by portfolio and by ministers’ personal preferences? How restricted are they by the party vetting appointments? Do ministers ever get foisted on them staff for whom a job must be found?

A more informative post, if anyone dares confess, would be about the shams involved in appointing many, but not all, of the Parliamentary staffers. Some might work well in an iron lung — provided they had another staffer holding their hands.