Australia notionally opposes the death penalty, but when it comes to the war on terror, we don't bat an eyelid about extrajudicial killing. 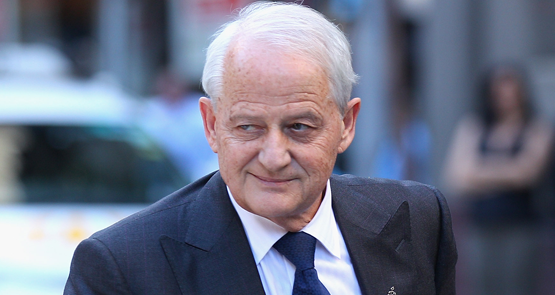 The question of why the Abbott government has watered down ministerial guidance to the Australian Federal Police relating to cooperation with security agencies of death-penalty countries has had the unexpected effect of revealing Philip Ruddock’s hypocrisy on the death penalty — and that of others as well.

Ruddock, who as attorney-general under John Howard oversaw an extensive campaign to overturn basic civil rights in the areas of counter-terrorism and internet censorship, has used the Chan and Sukumaran cases to campaign against the death penalty since being ousted as government whip by a vengeful Tony Abbott earlier in the year.

He re-established the Australian Parliamentarians against the Death Penalty group with Labor’s Chris Hayes and led a candle light vigil for the men in March. Ruddock was attorney-general when Vietnamese Australian Van Tuong Nguyen was executed in 2005 by Singapore and investigated legal options to save the man, labelling his hanging “a most unfortunate barbaric act”.

But as News Corp outlets reported today, Ruddock attacked Labor’s amendment of the ministerial directive to the AFP in 2010 that urged the AFP to “take account of the government’s long-standing opposition to the application of the death penalty, in performing its international liaison functions”. A year ago, Justice Minister Michael Keenan dumped Labor’s wording.

The government has been unable to formulate a clear response as to why it was dumped or, more likely, doesn’t want to offer the real reason: the war on terror. Keenan has since insisted he had removed the wording because it was “not necessary”.

Both he and Foreign Minister Julie Bishop confected high dudgeon that Labor would “politicise” Chan and Sukumaran’s death by asking why it was removed.

Bishop has already sought to deflect criticism of the AFP’s central role in sending Chan and Sukumaran to their deaths by insisting now is not the time for recriminations, as though any discussion of the issue should be put off until the media cycle has, helpfully, moved on to other matters.

“That’s really saying that in relation to potential terrorist events the AFP cannot provide information to the Indonesians,” Ruddock said back then.

Robert Myers, the barrister involved in providing information from Bali nine member Scott Rush’s father to the AFP, has long suggested the AFP in effect handed the Bali nine over to Indonesia to encourage terrorism cooperation from the Indonesians.

Like the government, and for that matter Labor, Ruddock’s concern about the death penalty is inconsistent when it comes to terrorism. The government has still expressed no concern about the killing of Townsville man Chris Havard when he was incinerated in a drone strike in Yemen in late 2013 along with an Australia-New Zealand dual national, Darryl Jones.

Havard and Jones were victims of an extra-judicial killing, without even the benefit of a trial within a corrupt criminal justice system, but the government expressed no concerns about the circumstances in which the two men died or the lack of consultation by our imperial overlord about their deaths.

Havard and Jones can be safely assumed to have been engaged, even if only at a low level, in some type of terrorist operation. However, that’s a standard far short of the one that was applied to Chan and Sukumaran, especially given the strike didn’t even comply with the threshold requirements notionally employed by the United States when deciding on drone attacks.

Plainly, for the moment, Keenan suspects invoking terrorism cooperation as a basis for giving the AFP discretion when it comes to operational liaison with death-penalty countries is not the politically smart thing to do.

To paraphrase Bishop, now is not the time to plead that we need the Indonesians in the War on Terror. But Ruddock belled the cat in 2010 — and not just on Keenan, but on one of the hypocrisies of Australia’s supposedly rigid opposition to the death penalty.

I just want to understand what this article is saying. As I read it, we must not share information with Indonesia about likely terrorist acts such as the Kuta bombings in 2002 because it might lead to the bombers being executed.

In order to preserve our ability to act in such a situation, our government is hypocritical by campaigning for Chan and Sukumaran and by relaxing a protocol introduced after their arrest.

Is that what you are saying Bernard?

I think it is just pointing out the blaring hypocrisy. Ruddock seems to be against the death penalty, but not in cases of terrorism, especially if you can eke out some political advantage.

And yes Bernard, Chan and Sukumaran were almost certainly handed over as some ‘good-will gesture’.

It seems to me a fairly straightforward position to state that we are against the death penalty. That should also apply in the case of terrorist attacks, even ones where Australians are killed.

Surely the politicians could take the responsibility and direct the AFP to gain ministerial approval prior to giving over any information that might lead to a death penalty. At least they are accountable. Leaving it in the hands of the AFP, or even worse, softening the ministerial direction to public servants as the Libs have done, is just an example of politicians avoiding responsibility.

Spineless and hypocritical. Boy, you don’t see that every day!

I just want to understand what your comment is saying David Hand. As I read it, we must share information with Indonesia about likely corrupt abuses of state power because it might lead to people being executed that we don’t think qualify for human rights in the way we do.

In order to preserve our ability to act in this way, we clear away constraints protecting individual rights in order that the State has the discretion to kill or have killed regardless of due process.

Is that what you are saying David?

Bernard – I would scarcely call Abbott even limp on the issue, more like as wobbly as a pollie caught out by the camera:

“I sometimes find myself thinking, though, that there are some crimes so horrific that maybe that’s the only way to adequately convey the horror of what’s been done.”.. Abbott quote to Herald Sun. Paul Toohey 20 Feb 2010 quoted in Lennan & Williams, Syd Law Review v34:659.