Oh god, air travel is about to get even more hellish

Australia is about to get a lot more wide-body airplanes. Unfortunately, they won't be any roomier. 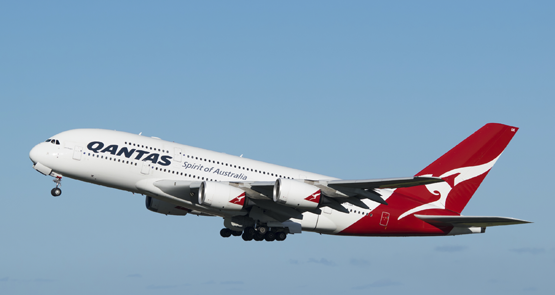 Never mind about your big comfy A380s being at risk. According to the Airbus market forecast 2033, there will be 94 “very large aircraft”, or VLAs, serving the Australia and South Pacific.

That’s more than four times the number of jets pushing the 500-seat mark on Australian routes at the start of 2014, which is the comparison date for the forecast. This is already out of date in terms of A380s dedicated to Australian services by Qantas, Emirates and Singapore Airlines on a regular rather than seasonal basis, one-third of the way through 2015.

In this same period, Airbus expects the head count for passengers through Australia’s top five airports combined to double to 180 million a year.

Airbus’ director of strategic marketing and analysis, Andrew Gordon, launched the Australia part of its global market forecast in Sydney this week. The key message is that in terms of net retirement or replacement of flying jets, the wide-body fleet of 299 jets serving this part of the world — including VLAs — will rise to 642 by 2033.

That includes an increasing emphasis on wide-body operations on domestic Australian routes.

At present the study tallies, 431 single-aisle jets fly within and to or from Australia, New Zealand, Papua New Guinea and all of the nearer Pacific island states.

By 2033 this segment is predicted to grow to a fleet of 577 single aisles, but the devil may be in the detail, or the “density” or discomfort inside them.

The highest range for single-aisle capacity in this Airbus study is 210 seats, yet it is already marketing, with considerable success, A321 NEO versions that will have more than 240 seats, technically putting them right inside the lower limit for the wide-body segment.

Gordon covered this by saying Airbus expected that airlines would move to offer more seats per airliner as a matter of operational policy, be they single or double aisle, including VLAs. This means that the territory now virtually exclusive to A380s may also encompass much larger or denser twin-engine jets than what we see today.

(There are A330s and 777s flying today in configurations that exceed the seat count in some of the more opulent full service A380 fit-outs.)

He emphasised that the GMF exercise was not based on specific designs of airliners but predictions based on the factors driving demand and the size ranges that would meet that demand.

In short, the Airbus forecast is one that might merit close attention by airports, the hotel and resort industry, and tourism operators and surface transport planners concerned with access to airports, as well as the carriers.

Airlines rise, fall, merge and reinvent themselves, but whatever they do, the demand for flights made in this and similar forecasts is almost certainly going to come to pass.

Previous Airbus and Boeing market predictions never foresaw calamities like 9/11, SARS or the global financial crisis, but they have been remarkably good at picking the medium- to long-term trends.

Gordon said “this region has the world’s highest propensity to travel per capita”. Australians currently make 2.7 flights per capita per year, compared to just under three for New Zealanders and less than one or about 1.6 per head of population in Europe and North America respectively.

By 2033 the forecast is that the NZ and Australia flight figures will be 4.8 and 4.2 per capital respectively.

Taking into account population growth, that’s not just a very strong demand for future flights, but for airport services and supporting infrastructure.

Perhaps the Airbus forecast should be read not just as a promise, but a warning.