A key nanny state lobby group's own polling continues to undermine its own hysterical narrative on alcohol. 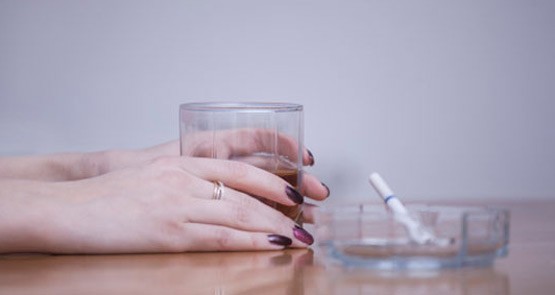 Well, another year, another disappointing poll for anti-alcohol hysteria merchants the Foundation for Alcohol Research and Education.

Frustrated with constant, rigorous evidence that Australians are drinking less than ever and convinced that Big Grog needs to be reined in, FARE began commissioning its own polling a few years back in order to bolster its narrative about the “alcohol epidemic” that requires urgent intervention by governments.

Yesterday it released its fifth “Annual Alcohol Poll” under the headline “Aussies Signal Thirst (geddit?) For Government Efforts”. “Australians want to get rid of our boozy hangover and are looking to governments to take action,” FARE reported excitedly.

Sadly, the nationwide poll — bearing in mind FARE carefully picks the questions that it asks — contradicts pretty much the entire FARE narrative, as it has tended to do in the past. Let’s go through just some of the highlights:

In short, the FARE agenda is failing. Its efforts to convince Australians that the damage caused by alcohol is increasing, that alcohol advertising needs to be banned, that there’s an urgent need for action on alcohol, that alcohol is a major threat to public safety, are all having less effect — at the same time as Australians are, in the face of claims about an “alcohol epidemic”, actually drinking less and drinking more responsibly.

Even the new addition to the nanny state demonology, “pre-loading” — a desperate effort to medicalise perfectly normal behaviour into some aberrant pathology — is failing.

If it were honest, FARE would welcome such results, but instead it ignores many of the results and claims “Australian voters are keen to change our relationship with alcohol”.

For FARE, the alcohol crisis must always be getting worse and the need for action must always be more urgent, because that’s the rationale for existence of public health lobby groups like FARE, regardless of what actually happens in the real world.

In vino veritas: is the second-cheapest wine on the menu really a bad buy?

I would like Bernard Keane to walk a day in my shoes. I have a ten year old son who suffers from Alcohol related neurological damage; a completely preventable form of brain damage. He will never be able to live independently and, if he follows in the footsteps of many of those with the same condition, will end up in jail. ALL BECAUSE OF ALCOHOL. I want desperately to sue the alcohol industry for not warning women of the possibility of this condition but I can’t because, like Keane, lawyers, even human right’s lawyers, realise that it is like suing someone for liking cricket. But the damage is worse than asbestosis because the intellectual impairment is devestating. Every time I have seen a report on Foetal Alcohol Syndrome Disorder, or, Alcohol related neurological disorder (which is obviously not the preferred name) and its effect on the newborn the story usually segues to the reporter saying ‘well my mum drank and I’m ok’ (this was on abc news 24)or something equally as banal.
The alcohol industry won’t suffer as long as they have spokespeople like Bernard championing for them and the shame of the women who drank while pregnant keeping them silent.

A 40% drop in alcohol related violence in the Sydney CBD following alcohol restrictions and trading hour reductions, Bernard Keane, 40%!!! Inner-city Sydney is now far more civilised after dark in all respects, following these modest restrictions. If it hadn’t been for the work of the Foundation for Alcohol Research & Education, these incredibly successful initiatives probably would never have gone ahead.

BK’s bizarre dis-cog on this subject is beyond tedious – is he channelling Richard Farmer or just doing his dirty work?

As is the dis-cog amongst the usual commenters.