Everyone is angry with Belle Gibson, but nobody can be bothered destroying the natural health bullshit that formed her success. 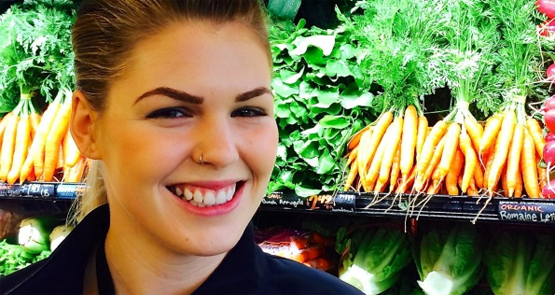 The idea that the powerless, the sick or the generally unfortunate have some kind of cultural head start is a persistent delusion. And it’s one that tends to prove itself lately by means of the most peculiar duplicity.

In recent weeks, news that author and entrepreneur Belle Gibson was not as unlucky as she had claimed to be has stripped her of all legitimacy and power. Which is to say, she’s powerless because she’s no longer seen as powerless.

Gibson, an unscientific but much-admired advocate for “healing”, owed much of her success to cancer. A disease, which ruins the lives of many, served only to improve hers as she claimed to have several of its most incurable varieties and to have beaten them all with natural secrets available for just $3.79 at the App Store.

As it turned out, the oncological medicine on which Gibson had claimed to turn her back in favour of “clean eating” had never offered her a diagnosis in the first place. In a recent interview with an Australian women’s publication, she admitted to lying about her illness.

Our national history is fairly rich in author hoax, and it is tempting to compare Gibson and her fabricated cancer to James McAuley and Harold Stewart and their fabricated poet, Ern Malley. It would be even easier to see the young businesswoman as a sort of Quinoa Demidenko.

Here, commercial success was largely built on a troubling case of identity mistaken, perhaps, even by the person who claimed it.

Just as former author Helen Demidenko, now known as Helen Dale, seemed at times, particularly when posing in Ukrainian folk dress, absolutely convinced that her forbears had died at the hands of imaginary evil Soviet Jews, Gibson seemed pretty sure about her fictitious cancer.

Actually, the women’s publication that tells the moving story of how Gibson’s original moving story was horseshit speculates that she has Munchhausen syndrome. This, for those of you who do not watch made-for-TV movies, is a disorder that causes its sufferer to lie about having disorders.

How soon Gibson will re-emerge to develop a new program of ultra-healthy eating that fixes the problem about lying for the reasons you are engaging in ultra-healthy eating is a matter for the bookies. The rest of us are just left to wonder what this latest author hoax might mean for the culture.

There are, according to media outpourings, a good many people who are hurt by Gibson’s misleading claims. This is not in doubt. But the act of giving sham hope to the seriously ill is at least as old as the idea of disease, and what Gibson has done is really not much worse than what you might find in the pamphlets at your local wellness centre or on an anti-vax website.

In fact, the popular culture is full of bright pseudo-science communicated by idiotic optimists, and we must remember that Gibson lied about the fact of her illness and its cure in a climate of dolts lying about “studies” and “energy” and the evils of sugar or a diet lacking in coconut water.

It’s here the response to the Gibson hoax — or Munchhausen’s episode or whatever we might choose to call it — is different to those that greeted Demidenko’s The Hand That Signed the Paper or Ern Malley’s The Darkening Ecliptic.

Despite some fairly courageous critique by Robert Hughes, who claimed that they were testament to the power of surrealist poetic technique, the Malley works did great disservice to Australian modernism.

Submitted to the journal Angry Penguins by Ern’s surviving sister Ethel — and as much as you might loathe McAuley and Stewart for their conservatism, Ethel remains a pretty funny antecedent to Dame Edna — the collection supposedly written by an ordinary working man of Willy Loman-type hurt nothing so much as Australian literary pretensions.

Similarly, Dale made a joke of our better critics. She won the Vogel, the Miles Franklin and the ALS Gold Medal for a work that putatively drew on Ukrainian wartime history and, by extension, her family’s place within it.

If there’s an emerging institution that deserves to pilloried, surely it’s that of “clean eating” and all the pseudo-knowledges of natural health. But the foolish and expensive practice of cramming one’s pie-hole with exotic seeds in the hope of beating cancer is not something many seem to be questioning.

A few eminent doctors have implored us to see this hoax as a part of a dangerous trend that actively steers sick people away from medical treatments proven to help, but such warnings are barely heard in the rush to blame Gibson herself.

In the ’40s, the Ern Malley affair provoked a great crisis of faith in modernism and the working man’s entitlement to write. In the ’90s, the Demidenko palaver was an ongoing, front-page soap opera that caused many to question mot just the literary establishment but the many multicultural voices it could no longer find an excuse to ignore.

Demidenko and Malley proved that there were things factitious beyond themselves. Gibson’s lie is now confined to her own person and not to the abundantly stupid culture that allowed it to be told and believed.

People of modest talent and drive took comfort in the fantasies of prejudice that Demidenko and Malley provided. We were able to laugh at the idea that working-class men or migrant women, however imaginary, were given an easy time of it because of their identities.

Such prejudice blinds us to the fact that it is almost always those with lives of dull privilege who win all the biggest prizes. In literature and elsewhere.

That the underprivileged somehow have great privilege is a chimera with enduring appeal for many and leads Andrew Bolt, for example, to regularly propose that there is some great advantage to being an Aboriginal Australian.

In what must be remembered as a moment even lower in Australian intellectual life than that of The Hand That Signed the Paper, Pauline Hanson used her maiden speech to question “the assumption that Aboriginals are the most disadvantaged people in Australia” .

At around the time of the Demidenko hoax, a number of white artists and authors had pretended to be Aboriginal Australians in order to gain market share. It can’t be that bad to be Aboriginal, Hanson said to press at the time, because it’s something people pretend to be for personal gain.

The “facts” of The Hand That Signed the Paper and The Darkening Ecliptic were, of course, as groundless as the authors’ surnames and their family trees.

Demidenko claims in the book that bore her name that the very worst crimes of the Soviet Union were almost uniformly enacted by Jews are as false as Hanson’s or Bolt’s.

Being an Aboriginal Australian confers no more cultural or social advantage than being the daughter of an illiterate Ukrainian taxi-driver as per Demidenko. Not being these things yet succeeding by the claim that you are is no proof of the Quadrant-style belief that we reward the underprivileged.

It is proof only that we love to see the already dominant order of things reaffirmed. Which might help us understand why everyone is angry with Gibson and nobody can be bothered destroying the natural health bullshit that formed her and her commercial success.