Abbott was always going to struggle to save Chan and Sukumaran Whether there was some additional measure, words or untried tactic that the Abbott government could have used to save Andrew Chan and Myuran Sukumaran from a brutal judicial murder at the hands of the Indonesian government will never be known.

But the government’s capacity to influence the Widodo administration in the direction of clemency was cruelled by factors both within and outside its control.

Despite an absurd suggestion that Labor had been remiss in its attention to Indonesia and that Abbott would be “more Jakarta, less Geneva” in foreign policy, the government’s asylum-seeker policy led to frequent infringements of Indonesian sovereignty, which were viewed as a necessary price to pay for the domestic political goal of being seen to “stop the boats”.

After the almost ostentatious disregard for Indonesia’s concerns in pursuit of a populist three-word slogan, our own government can hardly criticise its Indonesian counterpart for regarding its own domestic politics as a higher priority than observing Australia’s wishes.

But the poor relationship isn’t all of Abbott’s making. It was under Kevin Rudd, who liked to speak of his good relationship with “SBY”, and Julia Gillard that the Australian Signals Directorate spied on Yudhoyono, his wife and their inner circle.

The revelation of this cowboy behaviour by unaccountable Defence spooks prompted a furious backlash from Indonesia, including the withdrawal of its ambassador. This reaction was untempered by the insistence of Australian surveillance advocates that this sort of thing goes on all the time.

Abbott was left to clean up that mess and did so with more competence than he has shown elsewhere. But the ASD’s actions badly damaged our relationship with Indonesia and our image there, leaving Abbott and Julie Bishop with even less to work with in terms of influencing Jakarta.

Then there was the government’s own role in the detection and arrest of the Bali nine. It is no exaggeration to say the Australian Federal Police has the blood of Chan and Sukumaran on its hands; it was the AFP that delivered them and their co-conspirators into the Indonesian criminal justice system for organising the importation of drugs into Australia.

More than a decade on, the AFP has refused to provide anything approaching a proper explanation of its decision given the possibility of the death penalty.

From an Indonesian perspective, Australia’s stance looks strangely inconsistent given it was the government that handed them Chan and Sukumaran in the first place.

Bishop today said now was not the time to be blaming the AFP for its role. On the contrary, the murder of the men now requires a full and frank explanation by the AFP as to its role and reasoning.

The government is now recalling our ambassador; the freeze on ministerial visits will continue. Some commentators are already  insisting that, because we have to “live with Indonesia”, such retaliatory measures should be kept to a minimum.

From an Indonesian perspective, they may correctly assess that Australians will quickly move on from Chan and Sukumaran.

Who was the Australian executed by Singapore despite pleas for clemency by the Howard government in 2005? Van Tuong Nguyen’s name is now forgotten by most Australians.

That judicial murder caused barely a blip in our diplomatic and economic relations with Singapore. Jakarta’s cynical calculation may well be that Australians will get over the murder of Chan and Sukumaran just like we got over Nguyen’s murder by Singapore.

While the Australia-Indonesia relationship will drag along rock-bottom for several months and, maybe longer, we can perhaps examine both the role of the Australian Federal Police in these killings and the lunatic, ludicrously expensive and murderous war on drugs for which they were sacrificed. 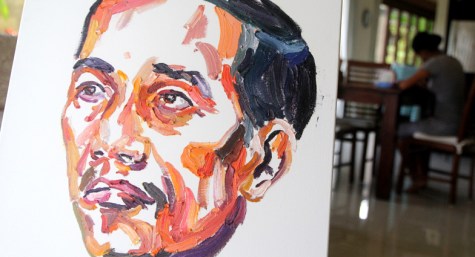 AFP: we did everything right with Bali nine case

Ham-fisted and amateurish showing no sensitivity for the politics of Indonesia whatsoever. We are turning into a little Ugly America in my view.

It is the local media’s fault as usual for failing to let people in this country know the depth of feeling about this issue in Indonesia…more deputy sheriffs than you can poke a stick at here. Remember Widido was elected on a platform that he would be his own man and he is being his own man. If he bowed to the pressure of Australia or anywhere else he would seriously weaken his own political capital and open the way for a challenge from his hated rival who is waiting in the wings to strike over even the slightest stumble.

On Monday night the Foreign Affairs Minister spoke to a room full of business and political leaders at length about terrorism which in my view was way of piste. Instead of fostering the good will of Asia toward Australia and shoring up the capital that Australia has enjoyed in Asia largely due to our business people and the foreign service, she did nothing to help our position but spoke of threats and danger emanating from every corner of the globe and especially SE Asia. We should be a fantastic bridge between Asia and the West. We are squandering all our goodwill and the great work our service diplomats do.

I suggest both sides read immediately Bob Carr’s well as and Malcolm Fraser’s books. Great advice for any incoming government.

Indonesia as the instigator of Asean must be starting to think Mahathir was right about us given this latest laughable exhibition.

Abbott did his clumsy best, regardless how much we all detest him as an individual.

So merely incompetent? I think not. Abbott wanted to show his hairychestedness re boats. left him nowhere to go

All the issues raised here, spying on SBY’s wife, border protection, shooting two convicted drug smugglers, recalling the ambassador, the nationalistic domestic politics on both sides of the Java Sea, simply describe the complex and shifting relationships between the two countries.

I very much doubt that an event or policy or specific act of any of the governments we have had in the past 12 years had much influence on the outcome.

Abbott started the chest beating bully rhetoric from his first engagement with Indonesia. His actions and words set back Aus/Indo relations resulting in a defensive stance from Indonesia. Tony has been completely outmaneuvered politically by his Indonesian counter part surprise surprise.