Exploited small investors, a law firm who defends the little guy and a party who values property rights. What's wrong with this picture? 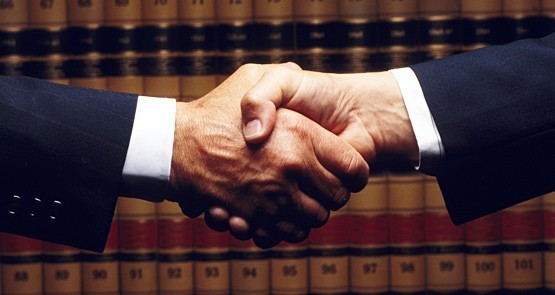 Slater and Gordon and its advisers have, by now, learned the hard way that PAITREOs are the new black in terms of fairness in capital raisings.

So why did underwriters Citi and Macquarie deliver an $890 million AREO, which led to a predictably poor outcome for small shareholders when the offer wrapped up last week?

First, let’s sort out the acronyms.

A PAITREO, as Bryan Frith explained in 2012, stands for Pro-rata Accelerated Institutional Tradeable Retail Entitlement Offer. The main feature is the accelerated institutional offer and shortfall bookbuild, but this is followed by retail investors being able to sell their rights to buy new shares on market, or in the retail bookbuild of the shortfall at the end of the offer.

An AREO is an Accelerated Renounceable Entitlement Offer with two separate bookbuilds for non-participating institutional and retail investors. Everyone is offered the same proportion of new shares at the same price (i.e. two-for-three at $6.37 in the case of Slaters), but investment banks claim the accelerated bit leads to lower underwriting fees and more certainty for companies as the institutional cash comes through the door within seven days.

The rules have changed now so that the subsequent retail offer in AREOs can be done and dusted in three weeks, but the system has not yet come up with a way to stop non-participating retail investors getting a worse deal than the big end of town, as was emphatically demonstrated by the Slater and Gordon raising.

The Australian Shareholders’ Association first went in hard on this issue when Transurban inexplicably used an AREO for its $2.7 billion capital raising in April last year.

As The Australian’s Andrew White elegantly explained at the time, AREOs are flawed because they always leads to unequal outcomes, with the data showing retail losing more than they win. The record is much better on PAITREOs.

As history now shows, the Transurban deal was a rare example of retail doing better because non-participating institutions received 25c in compensation, but the market so loved the Queensland Motorways and City Link extension deals that by the time the retail shortfall was sold, the surplus price had risen to 46c.

This is what makes the Slater and Gordon situation the deal that should trigger a debate, legislative change and reform to market practice. No one can defend a $1.13 payout to the institutions and management insiders whilst poor old retail made do with just 1c.

Isn’t Slater and Gordon the law firm that is meant to stand up for the little guy against an unfair system?

In a statement to Crikey yesterday, Slaters defended its choice of an AREO ahead of a PAITREO in the following terms:

“As you would expect, very careful consideration was given to both participation in the institutional process and the appropriateness of PAITREO (which was not suitable for the transaction).

“Naturally, we would have preferred that the rights in the retail bookbuild attracted a materially higher value and we have worked diligently throughout the offer period to try and secure that result.

“However, given the rigour of our analysis, the advice from Greenhills, Citi and Macquarie and our demonstrable commitments to shareholder equality, we are satisfied with the decisions made, without the benefit of hindsight, with respect to the equity issuance structure.”

This is just corporate babble. Truth be known, the raising was perfectly suitable for a PAITREO and it will be interesting to hear the Slaters directors defending this point at the 2015 AGM.

The failure to deliver one perhaps reflects the fact that Merrill Lynch has bragging rights for developing the PAITREO and others investment banks have been reluctant to follow suit. This is where shareholders need the board to stand up for them. After all, Macquarie has done two PAITREO raisings previously for Super Retail Group and Origin Energy. Citi has done them twice for AGL.

There is no issue with costs as the PAITREO would only be about $15,000 more expensive to conduct. There is no problem at all with Slaters having only 5000 shareholders.  The benefits apply equally to smaller raisings. For example, the $334 million Super Retail Group raising in 2011 was done when it only had around 3700 shareholders.

Besides, the PAITREO has become market practice. There have been seven rights issues by ASX50 companies over the past four years and five have chosen the PAITREO, including the Australian Securities Exchange itself.

Rather than sit back and wait for 1c in a dud auction conducted on a set day by disinterested investment banks already moving onto the next deal, a PAITREO structure would have given retail investors a market mechanism to exit earlier.

The stock averaged about $7.40 for the first 10 days after the institutional trading halt. This would have resulted in an average of $1.03 per renouncing Slaters retail shareholder if the PAITREO was used.

History has shown that PAITREO rights trading averages around 25% of the retail offer, which would have been about $72.5 million of the $290 million Slaters sought from its retail investors.

This would have helped lift the overall retail take-up from the disappointing 41.3% achieved to about 60%.

The Brits have a very strong culture of respecting the relative property rights of investors and Australia’s Wild West system of capital raising would be laughed out of the London clubs if someone tried to introduce it.

Which begs the question as to why the Liberal Party — which claims to have respect for property rights as a fundamental value — stands back and does nothing when investment banks and an inattentive ASX are exploiting small investors’ property rights.

Will Seven West Media’s $30m dividend next week be its last?