How the Anzac myth persists

Crikey readers discuss Anzac Day, Billy McMahon and other issues of the day.

On the Anzac myth

Vincent Burke writes: Re. “Keane: the old and the new of Anzac amnesia” (Friday). What a terrific article on the Anzac spirit by Bernard Keane: cynical maybe, but touching on several home truths.  The only other aspect of the Australian nationalist psyche he didn’t mention was in relation to sport.  The Australian cricket team knows neither how to win nor lose graciously, and relies on near-racist sledging to help it win,  as if the prowess they possess as cricketers was not adequate.  Tim Cahill is a shining example for all Australian sports people. On the socio-political level, whilst it’s comforting to remind ourselves that previous migrant intakes who were vilified at one time (the Irish, Italians, Greeks, Vietnamese etc) are now integrated into a multi-cultural community, it seems unbearably cruel that the Muslims (an unsatisfactory generic word to cover people of such diverse backgrounds) have to face the same levels of vilification before they too are accepted.

As for the refugees, I am currently in South Africa and see more coverage than in Australia of the huge problem facing Europe as a whole with thousands of people a week trying to make their way to a safe haven.  Here, in South Africa, people who have settled from other African countries are being harassed and killed on racist grounds, euphemistically called “xenophobia”.  A cartoon put it very well, suggesting this is based on a fear that someone from another country might get the job I might have got.

On McMahon and voting ages

Malcolm Farnsworth writes: Re. “How Billy McMahon tried to make amends to Vietnam vets” (Thursday). I was struck to read Don Wormald’s letter in which he claimed that Liberal prime minister William McMahon lowered the voting age to 18 in 1972. I searched Friday’s email to find a correction but to no avail. It would be nice to think that Mr. Wormald and “just about every 18-20 year-old male (and his girlfriend) gave [Whitlam] their vote” in 1972 but, sadly, it wasn’t possible. In fact, the voting age was lowered to 18 by the Whitlam Labor government in 1973.  The previous government had steadfastly refused to do so.

The Commonwealth Electoral Act 1973 (Act No. 7 of 1973) was introduced by the Minister for Services and Property, Fred Daly, on February 28, 1973, the second day’s sitting of the new parliament.  It became law some months later and 18-year-olds were able to vote in the referendums held on December 8 that year. It follows that the rest of Mr. Wormald’s letter is fantasy.  His uncle, “Billy’s PR man”, must have had a tenuous grasp on reality if he claimed that “Billy gave us youngsters the vote knowing full well we’d vote against him”.

Similarly, Mr. Wormald’s claim that McMahon “was having trouble living with his conscience for sending young men to fight and die in a silly war and wanted to ensure a loss” is preposterous on several grounds, not least the character of our 20th PM.

Campaign Director at RUOK? Rebecca Lewis write: Re. “You cannot heal the sick through tolerance and understanding” (Thursday). Preventing suicide is a challenge so enormously complex that it can be easy to feel overwhelmed. Overwhelmed by the loss, the heartache, the pain, the hurt and the seeming never-ending public discussion about system failings and lack of services. As someone who has sat by the bed of someone I love after an attempted suicide, I know the confusion, the fear and the constant paranoia that clouds your judgement. It keeps you awake at night and you pray that the professionals are doing all they can to help them. I sometimes doubted them and railed against the system because it was so perplexing.

As someone who works in suicide prevention, I also know that the solution to stemming the tide and building a healthier, resilient community lies not in one solution or strategy. Rather, it lies in many. And that’s because the societal, behavioural and psychological factors contributing to death by suicide are complex and interdependent. I must admit that my heart fell when I read Helen Razer’s article, “You cannot heal the sick through tolerance and understanding”. It reveals a limited understanding about the impact that stigma has on people with mental illness. Nor does it seek to understand why supportive family and friends play a critical role in preventing suicide.

Conversations that are geared towards helping people feel loved, supported and connected — particularly when they live with a mental illness — do make a difference. The World Health Organization knows it. The Australian Mental Health Commission knows it. And many experts in suicide prevention know it. When family and friends show tolerance and understanding, it can make it easier for people to speak up, access help, and access it early. This can help reduce the duration and severity of a mental illness.

The Australian mental health and suicide prevention strategy needs to be reviewed – that’s not in dispute. But as we look to government, mental health professionals and policy makers to increase society’s capacity to support people lead a contributing life, let’s also look to ourselves and what we can do. Change can’t happen if we sit idly by or point fingers. Sometimes it’s the combination of many little things that can make a difference.

You might not have the political, the intellectual or the lobbying power to end suicide but you can absolutely make sure that the people you know are never alone when struggling with life. Asking “are you ok”” and having a meaningful conversation won’t take away another’s pain or illness. But it can help remove some of the loneliness, the shame and distress that overshadow the lives of too many living with a mental illness.

The hidden cost of the Murray-Darling Plan 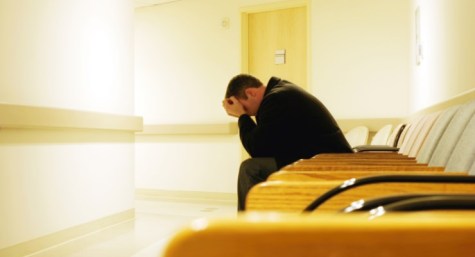 Suicide cannot be made a front in the culture war