What tweets do we have in store if even our national broadcasters won't defend our freedom-of-political speech? The sacking of SBS presenter Scott McIntyre over five ill-judged tweets late on Anzac Day raises an increasingly important question: just how much control should employers expect to have over what employees say and do in their own lives, when increasingly what is said and done is recorded digitally, rather than being moments lost in time, like tears in rain?

At the core of this question sits our fundamental democratic right to freedom of political thought and speech — and McIntyre’s tweets were nothing if not political.

No, what we have here, clearly, is some heartfelt emotion from a man frustrated by what he sees happening around him — what he sees as jingoism and the glorification of war.

In some ways, McIntyre is spot on. “Poorly-read, largely white, nationalist drinkers and gamblers” is precisely the ugliness that I saw at a local pub on Saturday.

And his comment about Australia invading a sovereign nation with which we had no quarrel is no different from what Russell Crowe said on Seven’s Sunday Night last November.

“You know, I think after 100 years, I think it’s time to expand that mythology, and I think we should be mature enough as a nation now to take into account the story that the other blokes have to tell, because we did invade a sovereign nation that we’d never had an angry word with,” Crowe tells Mike Willesee at the 11-minute mark of that interview.

But whether you or I agree with McIntyre or not is utterly irrelevant.

Now some have argued that McIntyre’s mistake was using his “work” Twitter account to express a personal opinion. At Fairfax, legal affairs and investigation reporter Michaela Whitbourn even referred to it as “his officially verified Twitter account” — as if Twitter’s blue tick, indicating that the account-holder is indeed who they say they are, comes with some obligation for a higher standard of behaviour.

But McIntyre’s @mcintinhos is not one of the official SBS Twitter accounts. Anyone who thinks that merely mentioning your job in your Twitter bio, as McIntyre does, makes you a mouthpiece for your employer would have to be remarkably dim.

As SBS managing director Michael Ebeid and director of sport Ken Shipp made clear in their statement, McIntyre breached the broadcaster’s Social Media Protocol (PDF), a document that repeatedly tells employees that their private use of social media falls under SBS’s judging gaze, and that even a disclaimer “will not necessarily protect you from disciplinary action under the Code of Conduct”.

And that’s the problem.

Within minutes of McIntyre’s tweets, there were calls for him to be sacked. It’s the standard process of escalation these days. The braying mob seeks a bigger stick with which to bash the unbeliever, and a dobbing-in to the boss gives them one.

But what has a comment about Anzac Day got to do with McIntyre’s work as a football reporter?

Ebeid and Shipp could have reminded the pitchfork-wielders that in a democracy we have a right to dissent, that McIntyre would be disciplined for his insensitivity, but that they supported his right to express an opinion. But no. They threw him to the dogs. Over tweets that are likely to be forgotten before next Saturday’s matches.

These questions are always difficult in media organisations. They’re in the perception business, after all.

But if our national broadcasters won’t defend our freedom of political speech, then they have only given support to employers that try to further restrict their employees’ rights to participate in democracy — whether it be Transfield banning its Nauru and Manus Island staff from joining any political party, church or group that does not support the company’s actions (and the ludicrous concept of it being a sackable offence to be followed on Twitter by an asylum seeker, even unknowingly) — or even our own government.

Perhaps it’s time that employers were reminded that they’re hiring their employees to perform a certain set of duties, or achieve a certain set of goals, in the work environment, and that is all. Owning their every thought and word 24/7 comes at a higher price. In every sense of that phrase. 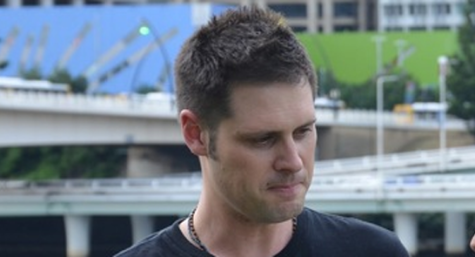 McIntyre breached the broadcaster’s Social Media Protocol (PDF), a document that repeatedly tells employees that their private use of social media falls under SBS’s judging gaze

The problem is that employees sign documents that limit their freedoms.

There have been some documents offered to me by employers that I have declined to sign. This is otherwise known as a ‘Career Limiting Move’.

Generally I do not use social media services that require a real life name. This means I miss out on some of the more popular services. In the rare instances I do use real life names, I am careful with what I post.

As an ‘old school’ internet user, I grew up with Psuedonymity as the preferred personal identifier. That is, use a consistent alias, and keep your personal and professional lives separate.

His freedom was not limited. He could have easily expressed his views outside of the SBS banner. He made a stupid mistake and paid the consequences. Maybe it was a good opportunity to get rid of him? I don’t know – but either way he doesn’t have a leg to stand on.

You are totally right in arguing this case Stillgherrian.

If they want my productivity, my intelligence and my work ethic, they can pay me accordingly.

If they want my soul, the price is much much higher.

Employment agreements that require you to give up your right to expression of individual thoughts are either illegal, and only requires someone with sufficient money to challenge them, or they should be made explicitly illegal by government legislation.

An employment contract is not signing your soul away, and if a job offer requires you to sign your soul away then this sort of defines ‘duress’, in my uninformed opinion.

Employers have a damned hide to even ask staff to sign this stuff, advised by already soul-challenged lawyers not on what is good and legally justified policy, but what they can get away with.

I hope there’s a good pro-bono lawyer out there willing to take this case on.

Where is our constitutional right to free speech?

He “has” 30000 followers on that account so I suspect it was associated with his work for SBS. If it was NOT SBS associated then I’d argue that his sacking was wrong.