Has the tax discussion taken us further away from reform?

With most sensible options ruled out, we've gone backwards on tax reform, not forwards. 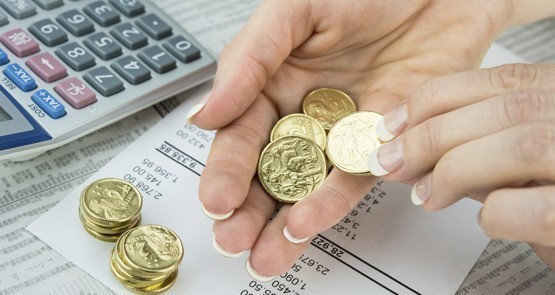 Well, there has actually been a public discussion, which is better than the intergenerational report “discussion”, which ended up being mostly about Dr Karl’s regret.

Everyone thinks public discussions about difficult policy issues are good. And they are. But there are certain political realities that end up applying, and they have certainly applied in the case of tax reform.

First, changes to the GST were ruled out immediately by the government, on the (sensible) basis that they weren’t going to stick their necks out and call for a higher GST rate if Labor was going to monster them about it — which was one of the few bright spots in Labor’s 2013 election campaign — and the states and territories weren’t going to back them.

That’s despite the entire rationale of Treasury’s tax discussion paper boiling down to cutting corporate tax and taxing our consumption and land more to make up for it because that’s more economically efficient. Anyway, scratch lifting the GST rate, although the states and local retailers might get their way and see it extended to online transactions.

Cutting corporate tax hasn’t found too many friends beyond the Business Council, which believes cutting corporate tax would cure Ebola, end war and solve the riddle of the Sphinx. That’s mainly because voters are deeply angry at how many large companies aren’t paying even close to the current statutory tax rate. In effect, we already have exactly the kind of corporate tax rate Treasury wants, it’s just that you need to be a multinational to access it. So forget corporate tax cuts too — Hockey appears more interested in ways to increase the company tax take, as does Labor, which put forward some proposals to that effect (which were, quelle surprise, immediately rejected by Hockey).

Then there’s superannuation tax concessions, which Hockey initially suggested he was open to if he could get bipartisan support. Super tax concessions lose billions of dollars in income tax revenue, and the political will to address them is well overdue. But no sooner had Hockey received bipartisan support on the issue than Tony Abbott shut it down, declaring it was just another example of how Labor loved to raise taxes. Super tax reform proposals released this week by Chris Bowen were attacked by the government and called “class warfare” by News Corp’s battery of hacks, who assembled a page on how much super Julia Gillard and Kevin Rudd get, so you can forget super tax reform as well.

Announcing his super tax concession reforms, Bowen mentioned he wasn’t averse to proposals to amend negative gearing, as long as there was no impact on existing investors and changes could be tailored to encouraging investment in new housing stock, not merely driving up the price of existing housing stock. Cue criticism from Hockey, who forecast soaring rents (on what basis isn’t clear, but hey, it’s Joe), while Scott Morrison suggested Labor was targeting plucky Aussie battlers doing it tough in the suburbs. You know, the ones with enough money to afford to purchase an investment property. So, forget negative gearing changes.

As for Treasury’s suggestion that land tax might be worth a look, no one’s touched it, illustrating again how brave Katy Gallagher’s ACT government was when it embraced it at the last territory election in the people’s republic of Canberra. So, don’t hold your breath on land tax reform either.

So the net effect of the tax discussion has been the airing of a number of good ideas about tax reform, all of which have now been shot down and ruled out by the government. We’ve actually gone backwards in terms of the likelihood of genuine tax reform, not forward.

Australian government and politics are nothing short of a highly destructive joke. Its like watching a bad sit-com. if it wasn’t so serious, it would actually be funny.

Accept what you say about THIS government, Bernard, but that should not be the end of the discussion.
Labor are already producing sensible policies to cover some of these areas, although they will need to do far more on issues like the super tax concessions. We need to recover about $10 billion/year, not $14 billion over 10 years, for example!
So, if the public want something done about tax rorts in all their shapes and sizes, they will have an opportunity to get rid of the ly+ng nasty party next year. Maybe we can reintroduce some sanity to politics in this country!

And then there was the closing of the car leasing loophole by Abbott, plus of course the mining and carbon taxes.

Firmly committed to Intergerational Injustice, the bottom-of-the-barrel COALition rejects revision of negative gearing but Labor has at least proposed a $1.4 billion pa improvement in the Fiscal Balance (the difference between revenues and expenditures) but even this is dwarfed by the following:

(3) in October 2012 the long-term accrual cost to Australia of the Zionist -promoted US War on Terror since the US Government’s false-flag operation on 9-11 was $125 billion i.e. $11 billion each year , although only ONE (1) Australian has ever been killed in Australia by a Muslim-origin non-state terrorist – a fiscal perversion linked to 10 million Muslim deaths abroad at the hands of US Alliance state terrorism and 1 million preventable Australian deaths since 2001 (see Gideon Polya, “Endless War on Terror. Huge cost for Australia & America ”, MWC News 14 October 2012: http://mwcnews.net/focus/analysis/22149-endless-war-on-terror.html and Gideon Polya, “Australian State Terrorism – Zero Australian Terrorism Deaths, 1 Million Preventable Australian Deaths & 10 Million Muslims Killed By US Alliance Since 9-11”, 23 September, 2014: http://www.countercurrents.org/polya230914.htm ).

(4) Australia’s inescapable Carbon Debt – reflecting the damage-related cost of greenhouse gas (GHG) pollution – is A$7.2 trillion that is increasing at A$385 billion per year. Thus Australia (population 24 million) with 0.34% of the world’s population has 2.1% of the world’s Carbon Debt. The Australian Carbon Debt will have to be paid by the young and future generations and for under-30 year old Australians is increasing at about A$38,500 per person per year, noting that the annual Australian per capita income is about A$83,000 (see Gideon Polya, “2015 A-to-Z alphabetical list of actions and advocacies for climate change activists”, Countercurrents, 14 January, 2015: http://www.countercurrents.org/polya140115.htm and “Are we doomed?”: https://sites.google.com/site/300orgsite/are-we-doomed ).