Would legalising euthanasia diminish the rights of people with disabilities?

Disability activist Stella Young fought hard against legalising euthanasia, finding it to be an ablist concept that dismisses the experience of those with disabilities. Does a new Greens initiative for death with dignity undermine Young's campaign? 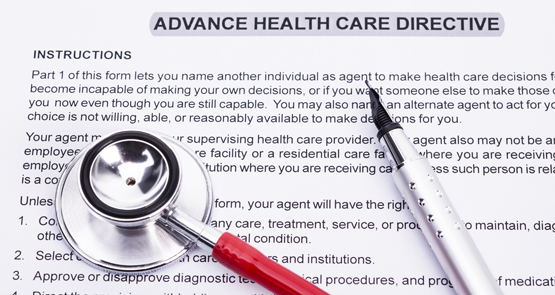 Tragically, writer, comedian and disability advocate Stella Young was not among those to suffer the curse of having lived for too long. The sudden death of this vibrant young woman last year caused a shockwave among those who had come to respect and admire her.

At 32, she had lived far longer and achieved far more than her parents were led to believe was possible when she was born with osteogenesis imperfecta, a condition that affected her growth, the strength of her bones and her mobility.

Young’s life and writing are a reproach to anyone who thinks that life with a disability is not worth living. She was an articulate campaigner against legalised euthanasia, noting that it was more often sought due to a fear of disability and physical dependence than in response to unbearable physical pain. “Death before disability” was not a lifestyle choice she was prepared to endorse.

By coincidence, I was attending a dinner party at the home of Victorian state Greens MP Colleen Hartland when I took the phone call telling me about Stella’s death. Having seen her only a week or so earlier, Hartland was a shocked as I was by the news — and as full of regrets.

Hartland co-sponsored an unsuccessful 2008 private member’s bill with former Liberal MP Ken Smith that would have legalised euthanasia. Now, she is seeking to have the matter referred to the Victorian Law Reform Commission.

I had never given much thought to the issue of euthanasia until I saw media coverage in which multiple sclerosis was named as one of the conditions that would justify a trip to the Dignitas clinic in Switzerland. Like Young, I immediately saw this as a judgement on the value of my own life and as reinforcing discriminatory attitudes towards disabled bodies.

I met Hartland through a mutual friend a couple of years after her unsuccessful attempt to change the law on euthanasia. We had spoken briefly about this topic, and she had always said that she’d like to discuss it further. This week, as the Greens prepare to return their motion for a vote in May, we met at state Parliament to do just that.

Hartland readily admits that her previous attempt to change the law on euthanasia was flawed — and says that Young was one of those who revealed that to her.

“When I first heard her talk about this on the radio, I was shocked. It really set me back on my heels. I thought, my God — I’ve missed speaking to a whole group of people about this,” she said.

“So that was a really important moment for me, and I meant to meet with her. And then of course Stella died. But there are a group of people who were around Stella who I’ve gotten to know a little bit. I want to have a lot of conversations with them and with others about why I’m doing this and what outcome we need to avoid.”

Taking the issue to the Law Reform Commission is meant to provide an opportunity for those conversations to take place.

“Having done a bill once before, I understand that we need to have a huge amount of consultation and conversation. What that experience taught me is that a lot of people want something. Often they’re not sure what that something is.”

Hartland’s concept of what that “something” might be is far more restrictive than that of several other high-profile euthanasia campaigners.

“For me, it’s a very small group of people who would qualify. The last week of your life, you’re in terrible pain, this is what you want. I don’t believe in what Phillip Nitschke has campaigned for. It’s way too wide. It has no limitations.”

She also disagrees with philosopher and former Greens candidate Peter Singer, who has written that parents ought to be allowed to have their disabled offspring killed, just as they are already allowed to abort a disabled fetus.

Again, Young responded to this line of thought with reference to her own life. “On the whole, my life is and has been wonderful. And if my parents have ever, as Singer suggests, regretted that I was born, they have certainly hidden it well.”

Hartland takes this worldview on board. “Friends of mine had a profoundly disabled child. Everything that could be wrong with a child was wrong for this child — but his face lit up whenever his mother or father was in the room. That’s quality of life. His death at the age of 20 was a profound shock to all of us.”

“For me, this is for people in insufferable pain. I’m in my 50s. I’ve seen probably a dozen of my friends and members of my family die in pain and without dignity. It’s often not the pain that causes the suffering. It’s the double incontinence, it’s finding yourself vomiting faeces, and knowing that there’s no prospect of recovery.

“Palliative care is fabulous. It’s effective for probably 95% of people, but there is a group of people for whom it does not work.”

Hartland thinks that she herself would be one of those who would obtain the necessary medical support to undertake an exit via euthanasia, but probably never take the final step.

“For myself, I want to know that I can — but I don’t know that I will. I’m such a stubborn bitch that I’m likely to fight it to the very last breath.”

Well, I’m a stubborn bitch, too — but my stubborn bitchery is an underlying factor in my opposition to euthanasia. I don’t see it as taking control of the final stages of one’s life, but as relinquishing control of one’s dying to others and surrendering to ablest attitudes about one’s life. I don’t think that I would fight death until my very last breath — quite the reverse, in fact. I would think long and hard before embarking on any treatment that would extend my life expectancy while diminishing its quality.

But I welcome the opportunity for us stubborn bitches to talk about these issues. I’m sure that Hartland would welcome input from stubborn bastards as well.

Why I don’t support euthanasia (and you shouldn’t either)

We needed the real Turnbull months ago

A good article, with valuable perspectives.

To me it illustrates that we are all different and all approach our own inevitable mortality and the risks and burdens of illness and disability very differently.

It is also probably worth noting that doctors have ben shown to give a very negative rating to the future quality of life of people with a disability, far lower than the scoring assigned by those actually living the lives. Funny that.

The negative messages potentially sent about the value of a life with a disability do need some examination and care and society must listen to those with real lived experience.

There is also, however, a highly suspect opinion base who campaign with arguments about the redemptive power of suffering and suchlike ( usually not their own !) who deserve rather less respect.

None of this, however, is about making euthanasia compulsory. It is about having it as one of many available options for this in very difficult situations, who may choose or reject it as they see fit. Many of these people number among the most passionate advocates for liberalisation of euthanasia laws and they too deserve a hearing.

One size does not have to fit all.

Euthanasia – a process to dispose of the inconvenient. Now that it has been legal for some time in some European countries -what are the true facts? The process has protections for the intended sanctioned homicide of the disabled First protection is having multiple witness to attest to plight of the person [usually close relatives – usually not objective opinion] Secondly the opinion of multiple doctors as to the diagnostic and prognostic clinical status.
With all these beautiful safeguards and the ‘process’ over 50% of the euthanised in the Netherlands were put to death without their consent in the last study carried out.
What commences as unusual usually becomes routine .
Are we witnessing the beginning of a subtle trickle holocaust of the extremely disabled and the inconvenient in a civilised way?

Remember all have had reasons of intended good in the society in which the processes evolved.

Yes Desmond, that is unforgiveable. I simply don’t believe those figures without a reference. Was it a study carried out by a religious entity perhaps – you know, one with ulterior motives????
IMHO, voluntary euthanasia should have nothing to do with the disabled. It should be about those with a TERMINAL illness, or extremely bad quality of life (BY THEIR JUDGEMENT), choosing to exit this mortal coil. No one should have to ‘kill’ anyone else; it should all be done with equipment activated by pushing a button, as Dr. Nitschke has demonstrated is possible.
Since over 70% of the population in this country want voluntary euthanasia legislated, I think you should well and truly lose the argument you present here, Ms Hussein. Is this a disabled issue, or a religious one for you and your fellow travellers?
It is a travesty of justice that our elected ‘representatives’ refuse to represent the majority view in the various governments around this country. Who do they think they are ‘representing’ exactly?

Some evidence would be nice, rather than your panic-mongering.

At least in the Neonatal area this has been audited and it has been shown that the incidence of Euthanasia in infants fell after the introduction of the Groningen protocol, so the slippery slope ( never a credible argument anyway ) does not appear to have occurred. Verhagen A J. Med Eth 2013; 39:293-5

You appear to have a gift for the reduction of complex, terrible and ambiguous problems to simple slogans. A lifetime at the coalface has suggested to me that the clarity and moral certainty with which one approaches the really hard issues is usually inversely proportional to the amount of involvement that one has actually had with them. It all looks a lot harder from close up, whether as clinician or patient.

It is probably also worth observing that much of the push for liberalisation of Euthanasia laws is coming from people who are actually contemplating it as a real solution to a difficult problem for themselves.

This is not being pushed by doctors and most politicians and administrators run a mile from it. This pressure from those who are themselves in a difficult situation does deserve respect, as does the position of this experiencing disability or illness for whom it would not be an option.

It is not going to be compulsory, it is about self-determination for people in real difficulty.