Will sitting down really kill you?

The working week may have turned into a walking week, but if sitting down is so bad for us why are people living longer than ever? Sophie Thomas investigates. 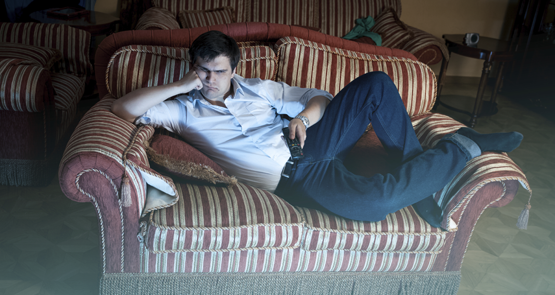 In the past few years there has been considerable media coverage on the dangers of sedentary behaviour. Sensational articles have compared sitting down in your office job to smoking when it comes to negative impacts on health.

More and more offices are implementing standing desks. Apple CEO Tim Cook said at a conference in February that “sitting is the new cancer”, and the new Apple Watch promises to track users’ activity levels. Barack Obama has been spotted wearing a Fitbit wristwatch that tracks health through monitoring body movement.

But can sitting down really be killing us when life expectancies are higher than ever? Or are health scares like this merely a ploy to encourage consumers to buy a $1000 watch?

What is the average life expectancy? What was it 50 years ago?

The Australian Institute of Health and Welfare’s Australia’s Health 2014 report found that Australians have one of the longest life expectancies in the world.

Efficiency is the hallmark of modernity, and great emphasis has been placed on ease of living. Work sites, schools, homes and public spaces have been re-engineered to minimise human movement. Affluent populations have become increasingly sedentary, with many adults spending 70% or more of their waking hours sitting.

In 1960s, half the jobs in private industry in the United States required at least moderate-intensity physical activity, compared to fewer than 20% today.

Physiotherapist and associate dean of allied health at Monash University Professor Jenny Keating has been “work-walking” on a treadmill desk for the past year and a half. She reports benefits ranging from reduced hip pain to elevated energy and even improved typing.

“If you look at the history of humans, 100 years ago there were very few occupations where people could sit all day. The sitting desk is a relatively recent innovation, and we are starting to realise it’s not so smart,” she said.

David Dunstan, the Head of the Physical Activity Laboratory at Baker IDI Heart and Diabetes Institute, has conducted much research into sedentary behaviour in Australians. He says a recent study of 700 participants revealed that, on average, Australians spend nine hours per day sitting.

Both Dunstan and Keating point out that sedentary behaviour is conditioned into children as soon as they begin their education.

“Enormous pressure is placed on teachers to keep students still. A teacher is successful when their students are motionless. We train children out of movement so by the time they’ve graduated from secondary school, they’ve spent 13 years sitting most of the day,” Keating said.

What does the science say on how much sitting impacts on mortality?

The science behind the impact of modern sedentary behaviour is still in its infancy, but more and more studies are concluding that there are dangers associated with sitting at a desk all day. One study found that even when adults meet physical activity guidelines, sitting for prolonged periods can increase premature mortality risk.

According to recent Australian research, people who sit more than eight hours a day had a 15% greater risk of dying during the study’s three-year follow-up period than people who sat for fewer than four hours a day.

Physical activity has a strong relationship to chronic noncommunicable diseases such as diabetes and cardiovascular diseases. A 2012 Lancet article suggests that 6% to 10% of all deaths from such illnesses worldwide can be attributed to physical inactivity, statistics now higher than those ascribed to smoking.

According to Dunstan, type 2 diabetes has the strongest relationship with sedentary behaviour. He says people who sit for extensive periods have a 90% risk of developing the disease.

If sitting down really is so bad for you, why is the average person’s life expectancy higher than ever?

Dunstan says that while life expectancy continues to rise thanks to improved disease management, Australians are living with growing levels of lifestyle-induced chronic illness.

About 90% of deaths in Australia can be attributed to chronic diseases including cancer, diabetes, cardiovascular and respiratory diseases, though most Australians are dying at much later ages than their parents did. Of these deaths, 80% can be prevented by altering lifestyle through quitting smoking, shifting to healthier diets and increasing physical activity.

“I can’t definitively say that working in an office job will certainly decrease your lifespan, but we know that sedentary behaviour is problematic. We also know working constitutes a large portion of our daily lives. So sitting down in your office job all day is more likely to put you at risk,” Dunstan said.

He speculated that life expectancies will rise if the trend toward reducing sitting time continues.

Is this yet another health fad?

In a post-internet society, health panics have come to define modern life, and the “standing revolution” no doubt has its fair share of sceptics. Keating is quick to dismiss the idea that the focus on discouraging sedentary behaviour is a fad.

“It goes into the same category as encouraging people not to smoke cigarettes. It’s an important health message. We’re heading into an unprecedented period with respect to the number of older people in society, it’s very important that we baby boomers get active or the burden on the health system will be extraordinary.”

Keating does, however, question whether the intermittent body movement that devices like the Apple Watch encourage will do enough to counter the negative impact of sitting all day. But she says the increased awareness that such technology will bring about is a step in the right direction.

As for Dunstan, he is excited to see the increasing awareness society appears to be gaining on the dangers of sedentary lifestyles.

“It’s really important that people are thinking about it now because that just wasn’t the case 10 years ago. Fitbits and Apple Watches may not be entirely precise, but people are monitoring how much they’re moving and hopefully that monitoring leads to behavioural change.”

How we fail Aboriginal Australians with chronic kidney disease

Not closing the gap: indigenous lifespans remain too short

We just had Varidesks put in at work, and they won’t stop targeting our browsers with ads after the fact. Now you guys! This has to stop 🙂

If sitting is bad, why isn’t lying down asleep an even greater health risk?

I’m surprised they haven’t researched this with people who have to stand all day for a living – those that work in shops, the people that clean offices etc. The one ‘study’ I saw on the television compared a group of office workers with fire officers, who are have fitness as a job critera so could be a self selecting group from the start. I would think standing up all day would be pretty bloody hard on the feet.

Obviously longevity has a multifaceted risk profile. Sitting is one of those risks, as is smoking, which probably less people are doing. Better health care has probably had the largest impact on living longer to date. But if we can reduce the lifestyle choices that contribute to other health risks (smoking, exercise, diet, and maybe sitting?) then perhaps we may not live longer, but we might be healthier and live better.