Tax complaints will no longer go to the Commonwealth Ombudsman, instead being handled by the Inspector-General of Taxation. And that is great news for taxpayers. 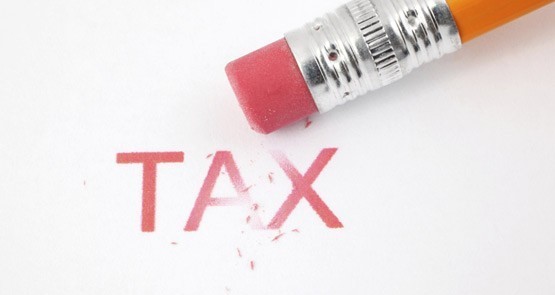 Fed up with the number of unresolved taxpayer complaints the Australian Taxation Office handles yearly, the Abbott government has moved the complaint-handling function from the Commonwealth Ombudsman to the office of the Inspector-General of Taxation (IGT), headed by Ali Noroozi.

The new arrangement is due to commence on May 1, just over a week away, but taxpayers should be rejoicing, as Noroozi has gained a reputation as a ferocious Tax Office watchdog and a tenacious taxpayer advocate.

“As an independent and dedicated scrutineer of the ATO for the past 12 years, my office, with its specialist tax staff, is well-placed to help taxpayers and tax practitioners address their individual issues with the ATO,” said Noroozi.

In 2011 Parliament’s all-powerful Joint Committee of Public Accounts and Audit took a shot at the ATO’s attitude to complaints and called for greater scrutiny:

“The committee was concerned by the ATO’s reluctance at the hearing to identify areas where it considered improvement was required and to acknowledge the significance and importance of individual complaints. The committee expects, at the next biannual hearing, to see an acknowledgement that ongoing improvements are necessary and that the ATO is making efforts to ensure its culture is one that accepts the importance of complaints and a responsibility for addressing their causes.”

Last year, the Australian National Audit Office (ANAO) audited the ATO’s complaint management system and made three recommendations to improve the system, including providing the complainant with greater transparency.

Under the current system, if taxpayers are dissatisfied with the ATO’s handling of their complaint there is recourse to then complain to the Commonwealth Ombudsman. Last year, the Ombudsman reported that his office had received 1369 complaints about the ATO.

However, industry sources told Crikey that the Ombudsman was a toothless tiger when it came to tax issues as there was not the required level of expertise within the agency that tax issues demand and the Ombudsman would often make decisions in favour of the Tax Commissioner rather than the taxpayer. There were also concerns within government that people were not using the Ombudsman to help resolve their complaints.

In the ATO’s 2014 annual report, it identified 33,175 issues for complaint from aggrieved taxpayers, with lodgement/processing issues and debt collection figuring prominently:

The ATO will continue to run its own centralised area to manage complaints. If tax chief Chris Jordan is serious about turning around the culture of the ATO, the first place to start would be the complaints branch.

Accountants and lawyers contacted by Crikey revealed a high level of dissatisfaction with the branch. Crikey has also personally experienced rudeness and unprofessionalism from the group.

Given the poor reputation of this branch, my advice to taxpayers with a grievance against the ATO would be to bypass this process and go directly to the IGT in seeking resolution of their concerns.

It’s anticipated the IGT will be run off his feet once taxpayers become aware of his new involvement. “We will consider all complaints, from the simple to the complex, including those arising during audits, objections and litigation. Our goal is to ensure that taxpayers and tax practitioners are treated with fairness and respect,” Noroozi said.

The government allocated $731,000 in last year’s budget measures to accommodate the IGT for the transfer of tax complaints from the Ombudsman. This would include extra staff and infrastructure such as computer resources and possibly accommodation. That figure progressively reduces to $649,000 by 2017.

It remains to be seen whether the government have adequately resourced the agency to take on this important role.

It’s a good move and should make taxpayers happy their complaints will be properly investigated. Thanks Tony Abbott. Labor did nothing for years about the problem.

Ah, so this was the second of the Abbott Government’s “Stopped Clock is right twice a day” moments.