Ethical questions raised over NZ Herald journo, Canberra Times bids adieu to a stalwart and Pickering passes on the project. Plus other media tidbits of the day.

Questions raised over New Zealand Herald exclusive. Kiwi prime minister John Key has for days been battling bizarre and damaging headlines about how he pulled a waiter’s ponytail while at a cafe. The story was broken by left-wing website The Daily Blog, which carried an anonymously written piece by the waitress on the incident.

Her name was not revealed, until the New Zealand Herald interviewed Amanda Bailey, who was quoted as saying she had no qualms about going public with the story.

But in a follow-up piece written for The Daily Blog, Bailey says she wasn’t aware she’d been dealing with a journalist when she made the comments.

“When I made the decision to publish my experience my feeling was that what transpired was not ok, and the public had a right to be aware of how poorly their Prime Minister had behaved. They could make up their own minds after that and there would be no follow-up. I have said everything there was to say and no further comments would be necessary. I had absolutely no intention of entering into discussions with any other media,” Bailey wrote.

“Earlier today, in good faith, I agreed to meet with my employers to address a side of this I hadn’t previously considered in too much detail, besides the obvious nuisance of reporters — the speculation that they failed to take appropriate action to protect me in my place of work. They asked me to meet with them at their home and join a conversation, via speaker-phone, with a concerned friend of theirs who worked in public relations.”

This “friend”, she says, was also a reporter at the New Zealand Herald, and after speaking to her on a confidential basis to help form what she believed would be a media release on the cafe’s response, she was shocked to discover the person she’d been speaking to was a journalist.

Bailey claims her employers were also unaware of this. She said she raised this before publication with the Herald’s reporter, Rachel Glunica, asking her to not use the interview, but was told it was now out of Glunica’s hands and whether or not the interview ran would be up to her editors.

Since the revelations, the Herald has released three separate, slightly different statements in response, as stuff.co.nz reports. The commonality between all of them is the response that Glunica approached the couple who own the restaurant seeking comment in a journalistic capacity. — Myriam Robin

Waterford steps down. After 43 years at the Canberra Times, editor-at-large Jack Waterford yesterday announced his retirement. He’ll continue writing a weekly column for the paper, but will no longer be a regular presence around the newsroom.

Waterford pioneered the use of freedom-of-information requests in Australian journalism, and reporters at the Crimes say he was invaluable in passing on his skills to a younger generation of reporters.

“He’s always walking around the newsroom giving advice to young journalists and chatting about the issues,” one told us. “The thing he does with FOIs is when he gets some back, he’ll pass them around the newsroom, pointing out what’s interesting in them.”

His departure will be keenly felt. “He is the Canberra Times, to a certain extent,” one reporter said. “But he wasn’t going to stick around forever …”

“It has been a privilege to work for such an intelligent, discerning and, so far as I have been concerned, patient audience,” Waterford said in the Fairfax report on his departure. The editorial director of Fairfax’s Australian Community Media division (and former Crimes editor) Rod Quinn praised Waterford’s “enormous contribution”.

“He has held politicians and bureaucrats to account, delighted and provoked readers and inspired his colleagues. He will be missed in the newsroom. Although he will no longer be an employee of The Canberra Times, we are delighted that Jack’s proud association with the masthead will continue on a freelance basis.”

Waterford was named editor of the Canberra Times in 1995, became editor-in-chief in 2001, and editor-at-large in 2006. A celebration of his career will take place next week. — Myriam Robin

Pickering’s regrets. Charlie Pickering has opened up about why he left The Project, confirming persistent rumours he left because he was unhappy with the show’s direction.

In an interview with The Age’s Paul Kalina, he said the “compromises to do commercial TV became too much over time”. He nominated an interview the show was slated to do with the presenters behind 2DayFM’s disasterous royal prank call.

“I was just sitting there going, ‘This is already a mental-health story. Someone has taken their own life. Why would we pile on and do that?’ To me, that’s like the media pretending the rules don’t apply to them. You can’t promote beyondblue and then just not give a shit what you do to people’s mental health in chasing cheap entertainment.”

The interview was eventually spiked, but only after a full day of fighting about it. Kalina then recounts an earlier interview by Pickering with Good Weekend, where the comedian expressed his discomfort with interviewing the “St Kilda schoolgirl” on his show.

“I felt she was even younger than I had expected — younger, more vulnerable, more naive. I was utterly convinced that we were interviewing a child. I felt like I’m one of a bunch of footy players standing around watching some … I’m being complicit by being part of the mob around it.”

Pickering’s role on the The Project has since been filled by academic and ABC presenter Waleed Aly. Pickering’s new ABC show, The Weekly, debuted last night to 724,000 metro viewers. — Myriam Robin

Sheridan does not have a Twitter account. For years, Twitter account @HyperbolicGreg has been quoting, well, Greg Sheridan columns, with a view to spoofing the Oz foreign editor’s tendency to overstatement (there’s a rather hilarious associated website, too). But the joke was lost on whoever laid out his column in the Herald Sun over the weekend, including the handle under Sheridan’s byline.

Sheridan addresses the mix-up this morning.

World is (nearly) fukt. Today in captioning errors, there’s this from the Daily Tele … 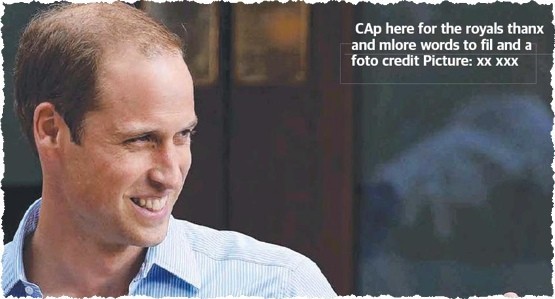 Greg Sheridan. Is one of the conservative media’s advocates and propagandists … And so is not worth reading …

Greg Sheridan. Is one of the conservative media’s advocates and propagandists … And so is not worth reading …