Time for Takeovers Panel to stop suppressing freedom of speech

There is a body in Australia that has the extraordinary power to ban all public speech on an issue. Crikey founder Stephen Mayne and commercial lawyer James Wheeldon report. 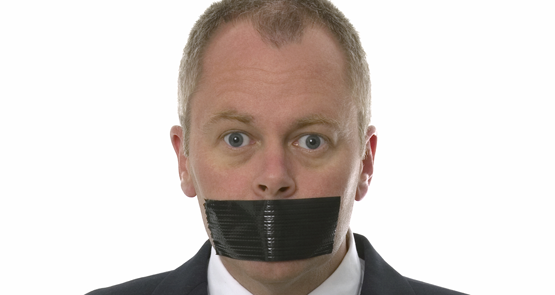 We all know that there is no general protection for free speech in Australia’s constitution. This means Parliament can pass laws that restrict what we are allowed to say.

Few would be aware, however, that a Commonwealth statutory body, the Takeovers Panel, has without any apparent legal authority assumed for itself the right to prohibit entire categories of speech.

The Takeovers Panel has exclusive jurisdiction to resolve disputes about the conduct of corporate takeovers. Under the panel’s enabling legislation, a private party damaged by the conduct of a takeover can complain to the panel while the bid period is open — but not to a court of law.

For example, a minority shareholder aggrieved by the oppressive or unlawful terms of a proposed merger can only go to the panel for a remedy; no court has jurisdiction.

But under its rules, the panel will refuse to hear a complaint unless the complainant first gives the panel a legally binding undertaking that the person will not “directly or indirectly cause, participate in or assist the canvassing in any media of any issue that is before (or likely to be before) the Panel”, until after the panel has made its decision.

Indeed, the panel will refuse to hear from a person who wishes to defend herself in proceedings started by a third party unless she first agrees to surrender her right to comment publicly on the issues in question. This means that one private citizen can, of his own volition, effectively impose a “cone of silence” on others: if Party A commences panel proceedings seeking to restrain Party B’s conduct of a public takeover, Party B must choose between defending itself publicly and defending itself before the panel. It cannot do both.

The panel justifies its prohibition on “media canvassing” on the basis that public comment by parties to panel proceedings “may adversely affect its ability to resolve disputes as quickly and efficiently as possible”.

This position is unjustified by law or policy. First, there is nothing in the panel’s enabling legislation that permits it to impose blanket bans on media canvassing by parties to proceedings.

To be sure, there is a provision that quite sensibly permits the panel to restrict the publication of scandalous, prejudicial or confidential material that is submitted in the course of proceedings. But the panel’s wholesale prohibition of any public comment by parties to proceedings vastly exceeds its authority. No court in Australia has the power to restrict speech in the manner that the panel does.

In fact, the law provides that “any” person whose interests may be affected by a takeover may apply to the panel, and that the panel “must” hear submissions from “each person” who would be affected by a proposed panel decision. There is nothing in the law that gives the panel the authority to require applicants to surrender a fundamental right — the right to comment on matters of public interest — as a precondition to being heard.

Further, the panel’s justification for the ban is specious. Panel members charged with deciding matters are highly experienced mergers and acquisitions professionals — senior lawyers and investment bankers, for the most part. Why their ability to make proper judgments would be short-circuited by public discussion of the issues in question is a mystery.

And the ban is bad policy. The Takeovers Panel, by definition, only deals with matters of public interest: takeovers and other matters affecting the public markets and control of public companies. A blanket ban on discussion of matters that are inherently of public interest is an extreme step, and one that should only be taken with clear legislative authority and where the danger of unfettered speech is so clear as to justify its suppression.

The ban has bizarre consequences. The canvassing prohibition formally applies from the moment when a party submits an application to the panel for relief — so the obvious temptation is to canvass the media before applying to the panel, which is what Mayne did in the Virgin situation before being shut down.

The panel addresses this by saying that it “expects” parties — and their advisers — not to brief the media prior to commencing proceedings, on pain of public reprimand. This means an aggrieved party must censor itself from the moment it seriously contemplates applying to the panel for a remedy. The notion that such a sweeping prohibition could serve a legitimate policy goal is absurd.

The panel is a well-respected body, and its decision-making is usually sound and well considered. Its decisions are widely accepted as authoritative, binding and helpful to market participants.

But the panel’s media canvassing ban is unbecoming, undignified and unnecessary. The legality of its ban on so-called “media canvassing” will inevitably be challenged in court. The panel should repeal the ban now, of its own initiative, before a court takes the matter out of its hands.

The panel is currently surveying participants in their processes as part of a broader review, so the opportunity is nigh for action on the free speech front. And wouldn’t it be good if some prominent free speech advocates in the media joined the campaign to overturn this absurdly secretive dispute resolution system, which primarily deals with ASX-listed public companies.

*James Wheeldon is a Sydney-based commercial lawyer who has participated in numerous Takeovers Panel hearings.

Thanx for this most informative piece.

Spurred by curiosity, I wrote The Takeovers Panel yesterday to enquire into their position on human rights. I received the following in reply:

From: Bulman, Allan [mailto:[email protected]]
Sent: Thursday, April 23, 2015 9:39 AM
To: M.Lyda; Takeovers
Subject: RE: Ill-advised Limitations on Personal Rights
Dear Mr Lyda
Thank you for your feedback.
For your information, the Panel was asked about its media canvassing policy by the Parliamentary Joint Committee on Corporations and Financial Services on 21 March 2012. I said at that hearing, among other things, that:
There was a survey that the panel itself conducted, which is partly on its website, by Chant Link. More recently, in 2010, the Law Council did a survey not only of its members but also, through assistance from the panel, of people who had recently dealt with the panel. In that survey, 79.7 per cent of respondents believed that the panel’s media-canvassing policy should continue. I have no doubt that it will be debated again, but it is an issue that we think the majority of the market is comfortable with.

Yours faithfully, Allan
Allan Bulman | Director | Takeovers Panel
———————————————————–
I am not sure what his comment means, but it seems to avoid the issue described in the article. Am I missing something here? This seems like a huge issue with zero attention paid to it. Regards, Morris Lyda