While big savings are expected from the renegotiation of transmission contracts by the ABC and SBS, there's been no tender process for contracts worth hundreds of millions of dollars, Bernard Keane and Myriam Robin write. 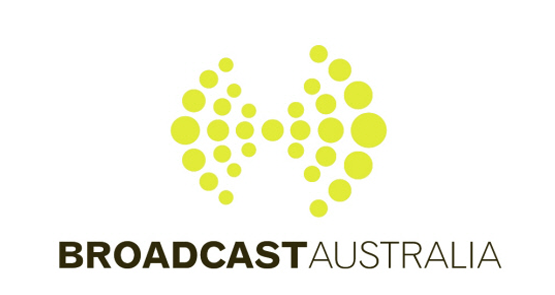 The ABC’s and SBS’s transmission provider, Broadcast Australia, appears to be in the box seat to retain its contracts, despite speculation last year that the broadcasters’ TV and radio broadcasting contracts would be shaken up to yield tens of millions of dollars in savings.

No open tender has so far been held for the contracts, including big metropolitan service contracts that expire this year.

Broadcasting contracts aren’t typically considered in discussions of ABC and SBS efficiencies, but they are a large part of why funding our public broadcasters is so expensive.

Of the close-to-$1 billion budget for the ABC, around 20% goes towards the cost of distributing and transmitting its digital television services and five separate radio networks and some digital radio services, while SBS pays $90 million a year to transmit its content on radio and TV screens across the country.

Broadcast Australia, the former government transmission company now owned by a Canadian pension fund, has been criticised in the past for its high fees. But this time, the broadcasters have been told they’ll keep any savings they negotiate, giving them an incentive to heavily argue down the price.

While the government sliced over $300 million from the broadcasters’ budgets last year, using the pretext of an “efficiency review” conducted by commercial broadcasting executive Peter Lewis, a separate review by LEK flagged the broadcasters’ transmission contracts, worth around $280 million a year, as a source of potential savings.

The government hopes these will ameliorate some of the criticism directed at it for its broken promise on national broadcaster funding, and last year suggested that there could be as much as $30 million a year in savings from transmission if the broadcasters negotiated a better deal.

Traditionally, the ABC and SBS have had no incentive to negotiate a better deal because any savings would be handed straight back to the government. The ABC’s efforts to secure a deal to keep a portion of any savings from renegotiated transmission contracts were rejected out of hand by the Howard government.

However, following a recommendation in the Lewis Review, Communications Minister Malcolm Turnbull secured agreement that from the coming financial year, transmission funding would be rolled into the broadcasters’ budget, meaning they would retain any savings.

Helpfully for the renegotiation process, both ABC and SBS metropolitan TV contracts are expiring this year, 15 years after digital broadcasts first began in capital cities, although the ABC has an option to renew its BA contract for five years.

Contracts for services in regional centres — both ABC and SBS have hundreds of transmission services delivering radio and television services — continue in some cases well into the next decade.

But in metropolitan areas across the country, TX Australia, the commercial free-to-air broadcasters’ transmission services provider, operates a network of transmission towers. In fact, BA and TXA provide back-up services for each other in the event a transmission tower is knocked out.

Last year, Crikey revealed that TX Australia was interested in bidding for the contracts. But it appears to have been frozen out of current negotiations.

The renegotiation process is in the hands of a joint steering committee composed of ABC, SBS and Turnbull’s Department of Communications, with two senior representatives from each agency on the committee. PwC partner Tony O’Malley is the lead negotiator for the group on the contracts.

The obvious means of extracting savings would be an open tender or select tender process involving both BA and TXA. That’s how digital television contracts have previously been handled by the broadcasters.

So far, however, there’s been radio silence on any competitive process, despite the current contracts expiring in December — and one smaller, recent SBS contract that arose from the digital TV “restack” process expiring on June 30.

That almost certainly means the broadcasters are deep in negotiation with BA, which is represented in Canberra by lobbying heavy hitters GRACosway (TXA is represented by Endeavour Consulting).

BA, which relies heavily on long-term contracts from its two government-funded clients, has long been adept at extending and rolling over existing contracts with the broadcasters by offering savings across its suite of services.

It’s possible that the broadcasters have taken the view that only BA can offer a full array of metro and regional services.

While TXA is mainly based in metropolitan areas, it has dozens of non-metro sites as well and partners with regional broadcasters in other areas, as BA itself does at regional sites where it doesn’t have infrastructure.

nother wrinkle might be that some within the ABC have long had the bizarre view that any contract with a party linked to a competitor automatically compromises the ABC’s independence.

“TXA would welcome the opportunity to participate in a competitive process, given our capacity to provide a full range of services,” executive chairman Paul Mullen told Crikey, though he declined to comment further.

It’s also unclear what SBS thinks of the joint venture process. SBS took a very different approach to the ABC in its original digital transmission tenders, opting to try to maximise competitive tension by going to tender not just once but repeatedly for tranches of services, in contrast to the ABC, which went to the market for its full suite of metro and regional services.

SBS managed to negotiate lower cost services than the ABC. And in contrast to the large area of the ABC devoted to transmission, SBS has overseen its transmission services — admittedly much smaller than the ABC on the radio side — with only a handful of engineers.

But without an open tender process, it’s unclear whether the purported $30 million in savings — or potentially more if TXA can compete effectively — will materialise for the broadcasters.

Turnbull’s office directed Crikey to the broadcasters, saying the negotiations were a matter for SBS and the ABC. ABC, SBS and Tony O’Malley declined to comment.

Now that Radio Australia only transmits on three shortwave frequencies at a time from BA’s Shepparton (Vic) installation, it means that there are a few idle transmitters (and antenna arrays) there, and all transmitters at Brandon (Qld) are idle.

I wonder how much that is costing BA and what plans they have for this idle capacity.

Now that MacBank no longer owns BA I would have thought the Libs would be gungho to have an open tender. Money for jam springs to mind, a bit like all the other privatisations we had to have.