Accidental soldiers: did an errant marble send the wrong troops to Vietnam? 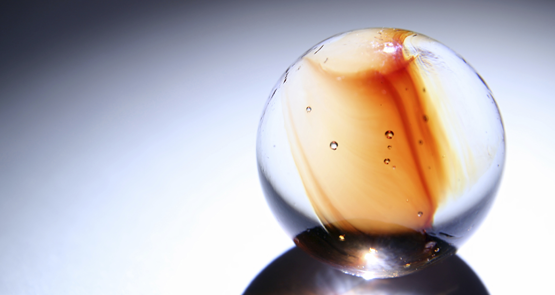 As the Gallipoli Centenary looms at the end of the week, it’s easy to get caught up in the job-to-be-done characterisation of the fighting Australian. But spare a thought for those who have fought in Australia’s numerous wars who never wanted to be there. Many National Servicemen — Nashos — from the Vietnam conflict would be counted in that group. Some, it turns out, might have been conscripted via an error in the ballot process.

One was Bob McCormick from Bendigo. An estate agent, McCormick has researched the circumstances of his call-up in 1967 and found that he was very possibly dudded. His birth date did not correspond to the ballot number pulled out, but he spent two enforced years on active service in Puckapunyal anyway, toiling for the Vietnam War effort.

His efforts appear to have revealed an anomaly in the ballot process that might have affected many called up for the Vietnam conflict.

For many young Australian men, the biannual National Service ballot between 1965 and 1972 was akin to waiting for a death sentence verdict. The call-up letter’s start must have been a fearful read:

“I am writing to inform you, in relation to your liability to call-up for national service, that you are required … to submit yourself to a medical examination …”

Attempts by the then-Department of Labour and National Service to pretty the occasion up with celebrity “scrutineers” and with sombre references to history and national duty hardly diminished the tension of the period as potential recruits awaited conscription papers.

According to the Australian War Memorial’s official history of the process: “The Government went to great lengths to ensure that the ballot was conducted in a fair, equal and random manner.”

To do this, the system was based on the allocation of numbered marbles that corresponded to dates in chronological order: No. 1 for January 1, and so on. The balls were drawn in a blind ballot, and the birth dates that were linked to them became the basis on which eligible males were obliged to “submit”and to undertake national service for the Vietnam War.

It was one lottery no one wanted to win.

McCormick was born on September 10, 1947.  His number should have been 253, as that matched the day he was born in a non-leap year calendar. No. 253 was not drawn in the sixth national service ballot in 1967, the one through which he was called up. No. 254 was the marble drawn.

So why was he conscripted?

The case of the possible wrong number is not unique. Sixties pop star Normie Rowe has also raised questions about his call-up, as his birth date was seemingly not drawn either. As the war broke at a time when he was around the peak of his career, his subsequent service was costly, to say the least.

When the Rowe story broke in 2008, it was mooted that he had been called up to act as a poster boy for the recruitment campaign. This possibility was quashed by an official explanation that his birth date had come up in a supplementary ballot, held six months after the original, to factor in eligible men who were overseas at the time of the original ballot — like Rowe.

Rowe’s birth date of February 1, 1947, is listed as being drawn at a supplementary ballot on September 8, 1967. But did this date refer to the marble No. 32, as logic dictates, or to another number, as in McCormick ‘s case?

According to McCormick’s investigation, Rowe, like many others, likely paid the penalty for the ballot officials putting a marble for February 29 into every year’s ballot, when the marble should have been included only for leap years (i.e. 1968 and 1972 in the ballot period).

This made the ballot year 366 days long instead of the non-leap year length of 365, and it pushed up all calendar dates — as they related to the marble numbers — by one.

Thus when marble number 254 was drawn, which was actually September 11 in 1967, it was recorded as September 10.

McCormick has copies of the national ballot draws to back his argument. He believes the insertion of the extra leap-year marble would have fundamentally altered the rational basis of the whole national service ballot process.

No mention of an added marble is in the official record.

For instance, in Rowe’s case, his birth date should have escaped the impact of the added marble. However, supplementary ballots were often lumped in with other ballots and assigned a marble number for dates in the second half of the year, say 215. Thus, the relation between his marble number and birth date might have been shifted in the context of a 366-day year.

There was no independent monitoring of the ballot process outside of government and army officials until the media was allowed to report on the draw after 1970. It’s impossible to know the finer details of every ballot.

McCormick has taken his case to more than one legal firm, but he has been told that while his story appears to stack up, there’s no legal case for the government to answer.

After writing to the Employment Minister Eric Abetz, McCormick received a long letter detailing the national service ballot program. In a reply dated August 12, 2014, Abetz was unable to confirm why the numbers did not correspond to calendar dates.

He wrote that this was not cause for alarm, however, as “the numbering system was not necessarily designed to represent the days of the calendar years and did not need to match up”.

Yet, in the second reading of the National Service Bill 1964 in the federal Senate in November 1964, senator (later prime minister) John Gorton told the Parliament that the ballot schedule for conscription was “simple, equitable and easily understood by those affected”.

As far as McCormick  is concerned, for there to be a “simple, equitable and easily understood” process, the marble numbers and the calendar dates should have logically matched up.

More than 15,000 Nashos served during the Vietnam War. About 200 were killed and over 1200 wounded. McCormick wonders how many were sent there on the basis of an erroneous ballot. He cites the case of one Nasho he rode with in the bus to “Pucka”, who was killed in action. His birthday was the same as McCormick’s.

How Billy McMahon tried to make amends to Vietnam vets

When should Australia Day be?

‘We had to bring it in’: defending conscription, 50 years on

Fair go! I have to say that there was less in that article than I’d first thought.
Clearly, with the method it describes with 366 marbles, one has just the same chance of having one’s birthdate drawn, be it leap year or not.
All it means is that in non-leap years the marble for February 29 becomes March 1, and so on down the calendar. Marble 366 is a dud in these years, and is only active in leap years. So what?
What about those of us whose birthdate was drawn, but who never were called? Something to do with the bloke in the dark glasses and raincoat with the curly aerial sticking out of his hat?

The way they did it makes it simpler, in that the same number always represents the same date, and you always have a dud marble in non-leap-years (in this case #60, rather than #366). I have to agree though, that while it sucks to be called up in such an arbitrary fashion when it might have landed on the poor bastard born a day later, the chances are the same regardless.

Iain MacPhail, it matters because they’ve said that they “pushed up the calendar dates”, and that when marble 254 was drawn, they called up people born on day 253.

It strikes me as a pretty half-arsed way of doing it, when they could have just removed marble 365 instead.

Still, it is unlikely to have affected Normie Rowe, if his birthday is on February 1st, because it only makes sense to do what they did for birthdays after February 28th. That is, anyone with a marble of 60 or higher.

Paul, it’s still an arbitrary means to select a random date, and it still results in everyone having a roughly equal chance of selection, and it was consistent from draw to draw and not (from the information given in the article anyway) not subject to manipulation.

With all the legitimate criticisms of the draft and our participation in the Vietnam conflict, this article was a complete waste of time. Worst of all, the author has forced me to agree with Eric Abetz. For shame.