The ATO gets down with the kids ... war tourism gets glossy ... Oz deputy editor treads the boards ...

ATO goes viral — doesn’t catch on. It was reported last week that the Tax Office was trying a new avenue to reach young people — by commissioning sponsored posts on listicle website BuzzFeed. Ms Tips wondered what BuzzFeed could possibly write about superannuation, and if it would go as badly as pretty much every BuzzFeed post ever made by a political party, but the two efforts so far haven’t been terrible. The mandarins at the ATO made a good choice by contracting BuzzFeed to actually write the posts, meaning that the gif choices are on point. So far two posts have appeared last week “11 Small Things You Can Do To Save Money” and “Your Superannuation Explained, But With Dogs“, but they are yet to go viral. Maybe they should have tried explaining super with cats.

Thanks for what? While we’ve been concentrating on the ways brands are co-opting the word “Anzac” to sell products in the lead-up to the centennial of the Gallipoli landing, one tipster found the timing of this brochure from the French Tourism Development Agency interesting. The 30-page glossy booklet was included with the weekend newspaper, including information about different sites of WWI across France that could be visited by Australian tourists. The book doesn’t use the word Anzac, but it features ads from AirFrance, Accor Hotels and Rail Plus. It includes lines like “After a tour of these sombre war sites, the visitor could be forgiven for needing a pick-me-up. Fortunately, a glass of the world’s most famous bubbly is never far away.” 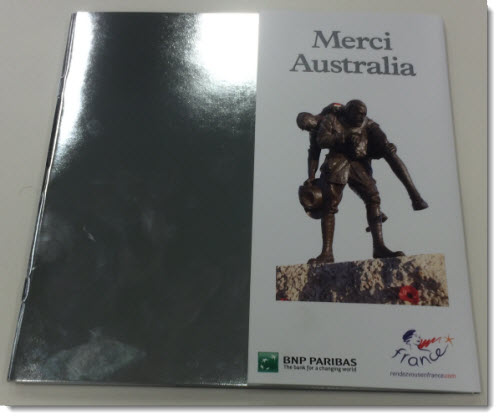 More ructions at think tank. After last week’s story covering the resignation of many fellows at the Centre for Policy Development, we received a few tip-offs telling us that it isn’t just a shift to the right when it comes to output that is putting people offside. A tipster informs us that there has been a high level of staff turnover in the last year, and that the centre no longer pays interns. A source also told us the centre now chases corporate funding. We put these claims to the centre, which declined to comment.

No FOMO for Miliband. Politicians have to be briefed on all sorts of things during election campaigns, but Ed Miliband’s advisers can be forgiven for not having talking points for this question. In an interview with London’s Time Out magazine, Miliband was asked if he knew what YOLO means:

Fray’s side projects. You’d think being deputy editor of The Australian would be enough to keep anyone busy. But not Peter Fray, who is producing two plays written by his wife, Katie Pollock, in his spare time. Crikey was quite surprised to see his name atop a bill for Blue Italian and Nil by Sea, two interlinked plays by Pollock, which start in Sydney later this month. Fray assured us he had a “long and totally unsuccessful” career in theatre. In 2000, when he was a news director at The Sydney Morning Herald, he completed a playwriting degree at NIDA, before deciding he would be better suited to journalism. But he kept dabbling. In 2012, he stepped down as editor-in-chief of the Sydney Morning Herald during a major redundancy round. He spent the period before he joined The Oz founding Politifact Australia, but he also produced a play — The Hansard Monologues, a portrayal of the challenges of the previous Parliament, also written by Pollock along with Paul Daley, the Canberra-based writer and novelist now at The Guardian. Blue Italian and Nil by Sea is Fray and Pollock’s latest collaboration, and as producer, it’s Fray’s job to get bums on seats.

For the first time, he’s also doing the publicity for a play. “And I tell you what — journos are hard work,” he said. “Being on the other side, you do get a different appreciation of the power of the meed-ja”.

The production has received free use of the Leichhardt Town Hall, and Fray and his wife have put their own money into putting it on. However does he get the time? “I don’t have to work every hour of the day for the Oz,” Fray said. “I do it on weekends, mornings, early at night … Just don’t tell Rupert.”

Good at meth? One tipster thought he saw something familiar in this methamphetamine advertisement from the American state of Montana:

“While doing some research, I found what appears to be an inadvertent pro-meth ad: 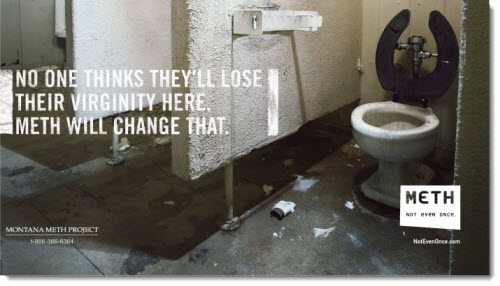 “why did Montana go all the way to the Tote to get a photo?”