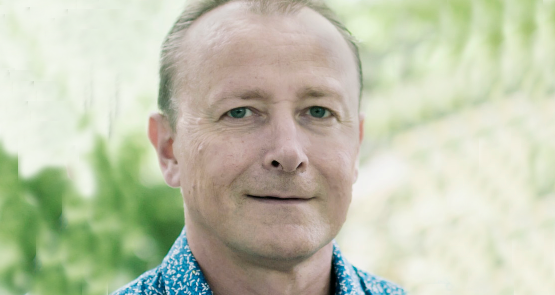 For a man who was once banking editor of The Australian Financial Review and now runs an industry newsletter that relies on Big Four support to survive, Ian Rogers is not the sort of candidate you would expect to find in an ALP preselection battle. And Rogers is not even on the ALP right. The editor and publisher of Banking Day is presenting as a radical lefty for Labor preselection to take on Greens incumbent Adam Bandt in the ultra-progressive federal seat of Melbourne next year.

The other surprising aspect of the Rogers tilt is that he is not demonstrating what you would presume would be the deft hand of a professional writer. After nominations closed on Friday, he emailed several hundred ALP members in Melbourne with a critique of the field. His Saturday missive read as follows:

Nominations have closed for Melbourne and there are now six candidates.

Who are we all?

An outsider to the Melbourne FEA (resident of Northcote). From Tasmania via Sydney.

With a long history in the ALP.

A passion for social change and political progress.

By trade a business journalist and now a publishing entrepreneur. Thus with the only business background in the field.

Some labour movement employment on the CV as well. The intellect and the energy needed to challenge the Greens.

Has a public reputation on which to build a campaign.

The most progressive option in the mix.

Another outsider. From Melbourne Ports and Queensland.

Presentable as an identikit candidate, with age, gender, family history and sexuality around which to frame points of difference. For some, potentially attributes of a winning campaign.

A shorter history in the ALP.

But with a much less obvious record in progressive politics.

A riskier option than most others.

A Spring Street adviser with a long history with the Melbourne FEA and the local left.

A passion for party democratisation and rules reform.

A plausible choice were the party bereft of better options in Melbourne — which it isn’t.

A marketing manager and publisher of the blog The Bloodied Wombat.

A declared socialist unlikely to prove presentable to the electorate.

One of two candidates to frame a pitch around ‘a plan’ — so there’s choices on that front too.

The right faction candidate, a tough sell in left-leaning Melbourne.

Some cred as the only holder of public office in the field (on the city council).
But with a thin record.

An actor and a later entrant to the field.

The defeated ALP candidate for Brighton in the 2014 Victorian election (attracting a swing of more than 4%).

No record to speak of, arrogance, anti-labour leanings to exploit and an incumbent with a pretty stale list of policy priorities.

The coming struggle vs the Libs and the Greens.

Given that there are several popular figures with local members in the field, it was not surprising that such a high-handed missive was roundly condemned. This lead to an apology of sorts, when Rogers sent this email to those same preselectors yesterday afternoon:

“Hello. May I now retract and apologise for the content of and aggravation caused by yesterday morning’s email (with the subject line “Six to beat …”).

All six candidates have fine motives in putting our names forward in the Melbourne Labor preselection.

If interested, I look forward to a detailed chat over the next couple of weeks.

Perhaps the only certainty in this preselection is that Rogers won’t win, particularly if he keeps espousing radical policies such as “liquidate the Future Fund”. Given that the Socialist Left has bled much of its support to the Greens and lost the last two contests to Bandt, it will be interesting to see how Foster fares as the only candidate not aligned to the left.

As a colleague of Foster on Melbourne City Council, I can vouch for the fact he certainly knows how to strongly promote progressive policies while also aggressively taking it to both the Liberals and the Greens.

He’s the official candidate of the institutional left, but this is hardly a unified left display, with no fewer than five of their candidates in the field. When you consider that Bandt can be painted as just another male Anglo lawyer, Ismail would certainly present in contrast as a migrant (Indian heritage), lesbian, human rights lawyer.

There’s also the small matter of Labor’s gender promise to preselect women into 40% of winnable seats. They might be a candidate or two short on this affirmative action pledge, depending if Bandt’s 5.91% margin is deemed winnable for the ALP.

If nothing else these days, while our Candidates may in many cases lack substance, they usually have ‘colour’.