Keane: media and politics are changing, and not for the better

Politics is becoming more professional, media, less so. And neither change is good for an informed citizenry. 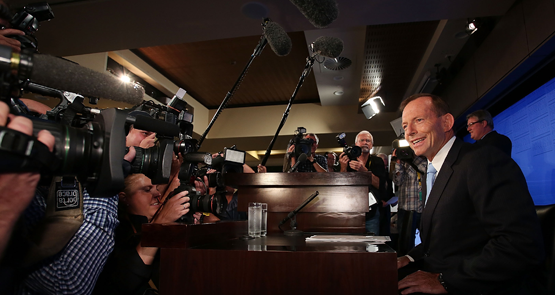 The relationship between the media and politicians in Australia has changed significantly in recent years and will continue to change, in a way that benefits neither the media nor citizens.

In the last two decades, politics in Australia has become significantly more professional. More and more MPs are career politicians, involved in politics since university or their early days in trade unions, having reached public office via ministerial office positions, intra-factional wars and spear-carrying for factional leaders. Being a professional politician militates against being any sort of maverick, because public life pays your mortgage and feeds your kids.

At the same time, parties have become considerably more expert at controlling communication, with the goal of ensuring a single, clear message is communicated by everyone from the party leader down. This means ensuring every MP now has a set of daily talking points based on a theme determined by the leader’s office. Media training is centred on learning the skill of delivering those talking points regardless of what you’re asked. MPs who go off-piste and offer their own take are quickly identified as troublemakers and pressured by the leader’s office to stick to the script.

This means that one of the oldest rituals of Parliament House, the group media conference, in which the journalists that show up shout over one another to deliver their questions of politicians, are increasingly devoid of substance, becoming mere simulations of media accountability. A politician with basic training will use whatever questions are bowled up to deliver his or her talking points, then move on to another question by a different journalist and do the same. One-on-one interviews, in which a journalist has the opportunity to press a politician and get beyond their talking points, are rarer and rarer, partly because senior figures like Tony Abbott prefer to avoid them, and partly because the media itself is changing.

This process is intensified during election campaigns, which are now entirely shaped around providing the imagery the major parties want to present via evening news bulletins, which are the last truly mass-audience forms of communication, especially for the majority of voters, who are politically disengaged. While the major parties maintain the fiction of accountability by having travelling packs of journalists accompanying the leaders, in fact they are little more than props for the theatre intended for the consumption of evening news viewers.

But while politics has become more professional, journalism has become less so. The collapse in media revenues, especially at newspapers, has led to a significant reduction in the numbers of journalists, editors and producers. Some outlets try to retain declining readerships by pitching more aggressively to niche markets, skewing their political coverage. Fewer journalists now work daily in the press gallery, and more fly in and out with parliament.

The ones who remain are required to produce more content across more platforms, and cover more rounds. There are fewer and fewer specialists who understand complex policy areas and are able to provide critical analysis of policy announcements. And the proliferation of platforms means less power for the gatekeepers.

John Howard famously went around what he regarded as a hostile press gallery using talkback radio; now social media provides the opportunity for politicians to directly communicate with voters. In the analog era, a powerful journalist or editor could credibly threaten to black ban a politician from the pages of a major outlet; such a threat now carries far less weight than it used to. Even the mighty News Corp is suffering the indignity of its anti-Labor campaigns visibly failing to have an impact.

This in turn strengthens “transactional” journalism, in which journalists rely on being “dropped” stories by the government and opposition. Some quotes from a forthcoming speech are provided ahead of time; a policy announcement is foreshadowed, policy ideas are floated to test the reaction — but without the proper scrutiny that such announcements should attract. This isn’t actually “news”; the information readers and viewers are being given would have been released publicly anyway, a few hours later, but it enables hard-pressed media outlets to boast of “exclusives”.

Journalists understand that the drip can be turned off, which tends to encourage compliance with the conditions set by parties. But transactional journalism happens at a lower level too, of course; politicians backgrounding journalists about their own intra-party enemies and seeking to destabilise their own side was rampant in the Labor years and has returned now under the Liberals.

The best journalists, of course, produce both transactional journalism and real journalism — in which they reveal something that political figures don’t want people to know. Those journalists are justifiably angry when accused of getting drops when it’s their own work that has yielded a major story. They still exist (Laura Tingle, Phil Coorey, Sam Maiden, Lenore Taylor, just to name a few). So too do good interviewers like David Speers and Sarah Ferguson, who put real pressure on politicians — although the venue for serious one-on-one interviews has now shrunk essentially to the ABC’s current affairs programs and David Speers on Sky, whereas 20 years ago even commercial current affairs programs would feature prime-time interviews with senior politicians.

Increasingly, though, these high-quality journalists are atypical, not representative, of their colleagues. Changes in our politics, and in the media itself, increasingly make political coverage more a ritual re-enactment of what used to be than real accountability.

“While the major parties maintain the fiction of accountability by having travelling packs of journalists accompanying the leaders, in fact they are little more than props for the theatre intended for the consumption of evening news viewers.” Brilliant article, brilliant quote, brilliant depiction of the political truth.

Thank you for so clearly articulating this. I worry about it every time I hear a politician say something that bears little or no relation to the truth – it happens so often and the media mostly just repeats the quote.
It seems to be a winning strategy for the pollies. Even if a fact checking organisation or a media outlet like Crikey sets the record straight, most people will only have heard the soundbite, especially among the target audience of people who aren’t really paying attention.

David Speers in the same sentence as Sarah Ferguson?! That has got to be a token entry Bernard.

I just watched Graham Morris go off with a tirade of extraordinary nonsensical drivel on PM Agenda. Other than a rue smile from Speers, it was fill your boots Graham, who do you think we should “kick to death” today?

The upside, I guess, is that no one is probably listening anyway…

It’s (certainly) Time for a media Renaissance, Bernard. I could suggest where and with whom it should start, but I’m confident you know what I have in mind?