While Labor's Sam Dastyari runs "show trials" of the big banks, the Coalition is left ruing its failure to take control of the issue of financial planning scandals. 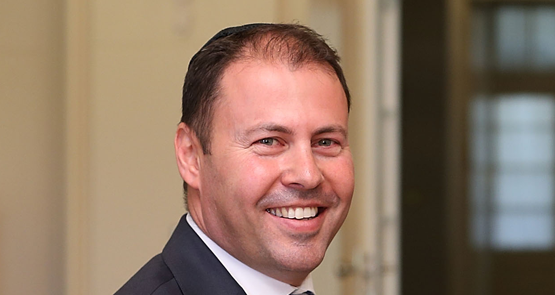 Fresh from exploiting the government’s vulnerability on multinational tax avoidance a fortnight ago, Labor Senator Sam Dastyari will this week hammer another Coalition weak point, financial advice. The Senate economics references committee tomorrow will have most of the big banks along for a hearing for its “Scrutiny of Financial Advice” inquiry.

The Senate rule is that a government senator chairs legislation and estimates committees, while a non-government senator, usually an opposition one, chairs references committees. Dastyari took over the economics references committee from Western Australian Mark Bishop when the latter retired (unwillingly) last year. The scrutiny of financial advice inquiry directly flowed from the inquiry into the Australian Securities and Investment Commission’s staggeringly inept performance, chaired by Bishop and initiated by Nationals Senator John Williams.

Assistant Treasurer Josh Frydenberg has suggested Dastyari is conducting “show trials” of senior business figures. There’s an element of truth to Frydenberg’s charge, but it misses the point. Representatives of Australia’s banking oligopoly are no more likely to get community sympathy about being the victims of any witch-hunt than the executives of the big tax-dodging multinationals like Apple and News Corp who fronted up to Dastyari the other week.

On multinational tax dodging, the government has been alert to community sentiment from early on — but Treasurer Joe Hockey has been hamstrung by a laborious G20/OECD process. In an effort to convey the illusion of progress in recent weeks, Hockey first flagged a “Google tax”, then a “Netflix tax” (seemingly at the behest of News Corp), then on the weekend announced he was setting up a “joint working group” with British Chancellor of the Exchequer George Osborne, who may or may not be replaced by Labour’s Ed Balls next month. The threat of a “joint working group” will doubtless have the tax dodgers pleading for mercy as they relax on a Bahamian beach or enjoy some skiing on the slopes around Zug, but so far the only concrete measures Hockey has taken on multinational tax avoidance has been to walk away from measures to which Labor committed while in government.

On financial advice, the government is starting from a long, long way back, having busted a gut to hand the banking oligopoly, which controls the retail super industry, and financial planners a win by repealing consumer protections put in place under Labor’s Future of Financial Advice reforms. That was derailed by Dastyari when he secured the support of enough crossbenchers to kill off the repeal, which the government — in one of those too-clever-by-half moves that used to characterise Labor — had undertaken by regulation, meaning Dasytari could have multiple goes at killing it. In the long run, though, Dastyari might have saved the government from itself, given it would have owned every future financial scandal if the repeal had stayed in place.

Since then, though, the government has woken from its slumber. Frydenberg took over the issue from Mathias Cormann, who for most of last year was stuck doing both the Finance Minister role and handling super while Arthur Sinodinos was in ICAC purgatory. Early signs were that Frydenberg was going to continue the government’s attacks on the industry super sector, but he’s since shifted to a less anti-consumer position — possibly around the same time as he shifted his own personal super into an industry super fund.

And last week, Frydenberg did something quite remarkable: he told a gathering of the retail super lobby group, the Financial Services Council, that they had two months to end commissions on the sale of life insurance or he’d do it for them.

In a way, Frydenberg had no choice — in response to an Australian Securities and Investments Commission report on the issue, the FSC and the Association of Financial Advisers had commissioned a report by former Australian Prudential Regulation Authority executive John Trowbridge that called for a dramatic scaling-back of life insurance commissions. So strict was Trowbridge’s recommendation that the AFA made clear to its members that it didn’t necessarily agree with its own report, suggesting a split on the issue between the big end of town and financial planners. But Frydenberg decided to get ahead of the game, penning an op-ed in which he said the Trowbridge report was “the last chance for the industry to address these longstanding issues on its own terms” and that it needed to restore public confidence.

“Interestingly,” wrote Frydenberg, “when the previous government announced a ban on conflicted remuneration through the Future of Financial Advice (FOFA) reforms in 2010, they largely excluded life insurance products, particularly those sold through personal advice.” You could have been forgiven for thinking Frydenberg was suggesting FOFA didn’t go far enough, rather than — as was Cormann’s consistent line — that it went too far and needed to be wound back.

Frydenberg’s bigger problem is with one of the key legacy decisions of Cormann’s time: not to accept the recommendation of Bishop’s committee — supported Williams — to establish a royal commission into the financial planning industry. Royal commissions, it seems, are for going after Labor politicians and union officials, not for misconduct by Australia’s biggest companies that has cost Australians hundreds of millions of dollars. Earlier this year, Williams was citing the steady drip of revelations about financial planning scandals as evidence that a royal commission was still needed. ANZ’s admission last week that it would  pay tens of millions in compensation to clients who were charged for advice they never received further bolsters the case for a judicial inquiry.

But instead of a royal commission headed by an impartial, government-appointed judicial figure, the government has handed Labor the opportunity to control the issue, however much it might complain about “show trials”. And at a time when its own plans to reduce the rate of indexation of pensions and lift the retirement age has begun to worry voters that they may face a life of penury in old age. Another mess of the Coalition’s own making.

Dastyari should not be permitted to waste everyone time & money on this circus. It is only about promoting himself, and not in a favourable light. He comes across as an uneducated spoilt brat.

Nice piece Bernard.
Always interesting to watch the “small Govt” fantasists in the coalition, being run over by their very own debt truck.
SchadenfreudeRs

“Tax-dodging”/”News Corps”? I didn’t read about that in our local Limited News PR franchise? In fact I don’t think there was any coverage of that hearing?
[As for Osborne – loved the Last Leg’s “Thank You Mr Osborne” torch-song, with Frank Skinner.]
How about a royal commission into the Limited News Party government’s misuse of royal commissions for royal show commissions?

” The threat of a “joint working group” will doubtless have the tax dodgers pleading for mercy as they relax on a Bahamian beach or enjoy some skiing on the slopes around Zug, but so far the only concrete measures Hockey has taken on multinational tax avoidance has been to walk away from measures to which Labor committed while in government ”

Yep, Hockey’s got them surrounded. And I wonder how far Labor would have gone with their own measures? More like delay, postpone, prolong and procrastinate measures. Which is exactly what Joe “Jolly” Hockey will do. Nothing.

This issue is not too big and has significant support, hence Frydenberg’s tough talking. I really hope something is done to stop commission salesmen masquerading as “advisers” from robbing innocent unsophisticated investors.

I have a self managed super fund now. It’s all in a lowish interest bearing account with a bank. Though I’m sure I can do better with it, it is at least immune from the charlatans posing as experts while they rob me.