Hillary Clinton all but has the presidency locked down, if only because she belongs to the one remaining US political party not run by a completely homogenised group of fringe lunatics. 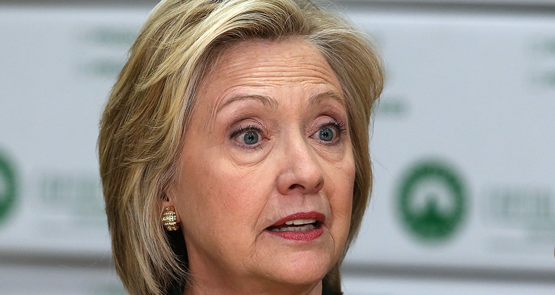 Among the flood of commentary unleashed by Hillary Clinton’s formal announcement of her candidacy for next year’s American presidential election, don’t miss a short piece by Paul Krugman in last Monday’s New York Times. (Its title is an ironic reference to Clinton’s 1996 book on childcare, It Takes a Village.)

Krugman’s argument is that, this time around, the personal qualities of Clinton, or any other candidate, are unimportant compared to the differences between the two parties:

“… there has never been a time in American history when the alleged personal traits of candidates mattered less. As we head into 2016, each party is quite unified on major policy issues — and these unified positions are very far from each other. The huge, substantive gulf between the parties will be reflected in the policy positions of whomever they nominate, and will almost surely be reflected in the actual policies adopted by whoever wins.”

I think Krugman is right about this, and also right to say that most professional punditry will proceed in ignorance or denial of this basic feature of the election.

In Australia, or most other developed democracies, the idea that party differences were more important than candidate personalities would be unlikely to come as a revelation. We’re used to a party system where the parties represent relatively coherent traditions with different programs, which persist regardless of who is at the top. Indeed, in Australia I think we’re more like to overstate, rather than understate, the degree to which that is the case.

But America’s party system developed in a very different way. Instead of class-based parties with at least some ideological content, the Democrats and Republicans of the late 19th century were already each made of a diverse coalitions of interests, often taking very different positions in different parts of the country. The specific elements of the coalitions shifted over time, but they retained their broad amorphous character at least down to the 1980s.

At the same time, the United States developed a very rigid two-party system, designed to lock out potential third parties or independents. The two things were obviously related: if parties don’t actually stand for anything, there’s no reason to ever have more than two of them, one in office and one out.

In the last generation, the party profile has changed. Conservative Democrats and moderate Republicans have mostly retired, dropped out or switched sides. Each party has developed a philosophical or programmatic coherence that it previously lacked. Of course, there are still internal differences, but they are more on the scale of typical European parties rather than the Democrats or Republicans of old.

If a particular occasion marked the change, it was probably the mid-term election of 1994 when the Republicans won control of Congress, having pledged themselves to a common platform, the “Contract with America”. Very little of the program was ever implemented, but it gave the election a national cast, more like a parliamentary regime.

Since then, the Republican caucus has solidified further and shifted further to the right, and the Democrats in response have had to develop a greater solidity of their own, although still lagging somewhat behind.

Where once ideological and partisan differences could intersect, now they largely run in parallel. (Compare, for example, attitudes to the Iraq War with those of a generation earlier to Vietnam.)

But despite this change, the rigid two-party nature of the American system remains. In most parliamentary systems, there are a range of parties to represent different interests or different ideological positions. Even if (as in Australia) there are clearly two dominant parties, there is the potential for a third party to break into the top tier if public disaffection is sufficiently strong. In America, that option is largely closed off.

That means that a party can veer into extremist territory without paying the sort of electoral price that it would in other countries. It may lose elections — as the Republicans have in the last two presidential cycles — but it can’t be replaced. Plenty of voters who don’t much like it will still drift back to it simply because it presents the only alternative to the other side.

One effect of the change is that electoral behavior is more stable. If personal features of the candidate don’t make much difference, people are less likely to shift their votes from one election to the next. Jonathan Chait at New York magazine takes up the story:

“The 20th century was a time of loose-knit parties with a great deal of ideological overlap. There were liberal Republicans and conservative Democrats, which created large constituencies to swing back and forth …

“The polarized electorate of today is a different place, and voters may not act the same way as they used to. There are fewer swing voters, and therefore conditions like a third straight term, or even a severe recession, may not budge as many of them from their normal partisan habits.”

His conclusion is that the Democrat nominee — presumably Clinton — is going to be very difficult to beat, since she will be “the candidate of the only major American political party not run by lunatics”. Time will tell if that’s a realistic assessment.

I think Krugman wishes this was the case, as Clinton is not a slam dunk if you focus on her, rather than democratic party policy. Clinton has a lot of baggage and age and gender are not on her side in regards to presidential success. If she comes up against Walker or Rubio, two males who will be both under 50 at inauguration if they win, vs Clinton’s age of 69 (same as Reagan, but female) it could be very interesting.

I don’t like her chances, especially coming off Obama. There has to be a shift to the right in the US after 8 years of democratic rule.

In the USA calling political opponents ‘lunatics’ is hardly rare, and sometimes accurate. Here in Australia we tend to be less rabid; but even here recently two respected journalists wrote about those not agreeing with them politically as being stupid.
Who knows if this is the beginning of another example of Australia adopting the worst aspects of American Society?

Indeed, as Colbert said ‘reality has a well-known liberal bias’.

I rest my case.

Peter, you can’t rest your case in safety when it’s a flawed case upon which you wish to rest.