The challengers have debated, with the winner perhaps being Ed Miliband. who was not even there. 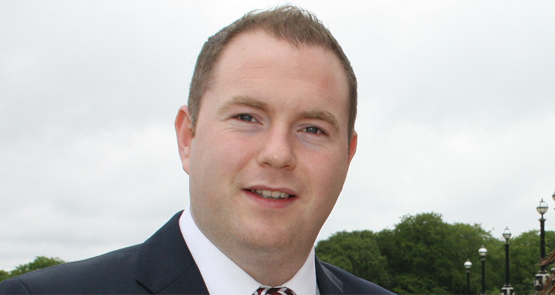 Tonight the leaders of the five major UK parties who aren’t in government met for a bizarre “challengers’ debate”, explicitly excluding the PM and deputy, capping off a week in which all party manifestos were released, thousands of pages wherein few issues remain unaddressed, and most copies unread. But unless I am wildly overinterpreting, the most significant event occurred after the debate when the BBC crossed to Belfast to do a round-up of the reaction from the Northern Ireland parties that weren’t included.

The Beeb crossed to Sinn Fein’s Chris Hazzard, a no-nonsense-looking type who is hoping to take the seat of South Down from the SDLP, and in the process be part of a wave making Sinn Fein the largest NI Party in Westminster (if the DUP loses one or two to the Right of them). “Would Sinn Fein be better off taking their seats in Westminster’?”was the question, and I waited for the soft, ha, Ulster “no, “no, we will never …”. And instead Hazzard said: “Sinn Fein is a proud republican abstentionist party, and the best way …” and on it went into anti-austerity boilerplate.

Now that is verrrrry interesting, I think. Because Sinn Fein choose their words very carefully, terse communiques that sound oh, I don’t know, like they might have a time period in minutes at the end of them. They send out exactly the message they want and no other — and Chris Hazzard did not explicitly rule out Sinn Fein MPs taking their seats in Westminster. But would that be possible? Even thinkable? The idea that they would take them indefinitely is ridiculous, of course — they’re not going to sit there for the Drains (Kidderminster) Improvements Bill’s second reading. But might they possibly take their seats once or twice — for a vote of confidence and supply?

Should the Tories get, say, 15 seats more than Labour but still lack a majority with the Lib-Dems, could the Sinners unilaterally come in on Labour’s side — and say to the depressed province of Northern Ireland “Look, we headed off the austerity, the new Tory assault on the regions. Now we return to abstention.” Could they, would they do that? “We’re a proud abstentionist party …” and the very dialectical expression of that is to make one single vote to show our power, save the province, and return to the struggle. They’re all agile Marxists, graduates of Maze University, the audacity of it might … Hmmmm. Nah, that’s as crazy as, say, Martin McGuinness shaking hands with the Queen.

Well, verrrry interesting, as I say. But I’ll leave it lie there with the proviso that if it happens I SAW IT COMING FIRST!

Right, back to business. The challengers’ debate emerged out of the torturous negotiations that David Cameron imposed on the broadcasters re his appearance — a strategy widely believed to have been insisted on by Lynton Crosby, with the idea that any heat for non-appearance was preferable to being pinged on his record. Weeks out, that looked wise, and the challengers shaped up to be a battle of the pygmies.

But as Ed Miliband’s stature has grown and the public has warmed to him, it suddenly began to dawn on many that David Cameron would be less a mysterious and powerful absence and more, simply not there. The idea had also been that Miliband would be assailed by the minor parties. Then it was realised that Miliband would be assailed by the minor parties and would look like the de facto prime minister, being opposed from the Left, with only the crankish Right in attendance. The minors would give Labour a centrewards push, which is where they want to have some presence — reassuring swinging suburban voters of their bona fides.

Well, maybe it worked out that way and maybe it didn’t. In policy terms, this election has become a mad crossover, in which the Tories are out promising Labour, which is then warning of uncosted Tory promises. The Tory strategy is widely held to be evidence that Lynton has been sidelined in the Blue Bunker, after last week’s mad dog strategy — “will Ed backstab the country the way he did his brother?” — which collapsed spectacularly. It was followed by a Tory freeze on rail ticket prices, and then a huge promise of 8 billion pounds extra funding for the NHS. They couldn’t say from where — Chancellor George Osborne was asked 20 times on the Sunday shows and wouldn’t respond — and it had an air of the unreal about it, perhaps deliberately.

But the real zinger was in their manifesto, launched on Tuesday, wherein they promised to extend the right-to-buy provision now covering council houses to apply also to housing associations, quasi-government bodies that manage millions of semi-private rental properties. This policy is a nightmare for UK renters, especially those who have resigned themselves to never owning property. With no chance that new construction will replace these rent-controlled affordable properties, they will be bought up, then sold on, then aggregated and re-rented at multiples of their prior rent. In the south-east it will squeeze the poor not merely out of London but out of the region. Many people could be found to call it good politics, aimed at a narrow band of voters who can buy such properties and will be subsidised to do so. Few could be found to call it good policy.

Labour, by contrast, had no single big-ticket item, having shot its bolt with banning zero-hours and non-doms‘ tax-free status the week before. Indeed, aside from a minimum wage of 8 pounds/hour and an energy price freeze, Labour’s major focus for its manifesto was promising continued deficit reduction through the life of its government aiming for a return to surplus. This was a pitch to the same narrow band of voters — there may well be no more than about 29 of them, on the Hertfordshire/Bedfordshire border — taking the risk that its craven message would leach further voters to the Left. Perhaps a risk worth taking, as Labour has already given up on Scotland — Scottish Labour leader Jim Murphy was royally slapped down when he said that “there was no need for further cuts”, the meeja being told “Jim Murphy will not be running the government”. Or in Parliament, for that matter, after that.

Meanwhile the Lib-Dems, launching their document in a South London arts space, some former factory with chipped paint and children’s coloured handprints on the wall like some ghastly misjudged commemoration of an atrocity, and dived into the heart of the sun, Nick Clegg making the party, “the party of education”. Since Clegg may not be in Parliament either come May because the party betrayed its base by letting through uni tuition fees (9000 pounds p/a and counting) it was, well, chutzpah. Welcoming permanent coalition status, Clegg said his party “would give a Conservative-led government heart, and a Labour-led government ….’ Say it, say it, “… a brain”. Damn you.

The funky spacey arts launch left the Greens with nowhere to go, and I think they ended up in a sort of goats-milk yoghurt makery. They had a comprehensive anti-austerity program, but they still appear to be stuck in the “phantom government” — well, what we’ll do is … What, if your seats increase by 32,500% and government can be formed? Just put out a one-sided sheet of demands that you’d want before even considering supporting Labour. Don’t be afraid to look like naked blackmailers, people respect that. Maybe do the doc in letters cut out from the newspapers.

Finally there was UKIP, who held their launch in a shires hotel that usually hosts, oh dear UKIP, you will create an unemployment spike in satirists, “the Fawlty Towers Dining Experience” interactive show, which is, yep. Last time round the UKIP manifesto was 400 pages long and included a policy of rerouting Underground routes (the Circle line, altered to be a sort of “P” shape, would be a circle again, like it damn well says) and taxi drivers would have to wear neat uniforms. This time it was streamlined, to focus on the 2016 in-out EU referendum, cutting foreign aid, protecting the NHS, introducing an “Australian-style points system” — might be better used in the Ashes eh, Nige, eh, eh (are we good at cricket at the moment, or shit? I lose track) — and with a little bit of retail, a ban on parking fees at NHS hospitals. It all went well as press exposure, except that every time the press asked a question, UKIP supporters howled them down. Great stuff.

So manifesto wars: who won, who lost, who knows? The Tories either grabbed a few votes with their giveaways, or lost them by losing any attachment to principle whatsoever. Labour either calmed the wibbly-wobbly supporters long enough to get them to the polls — or Dunstan in Watford decided that the deficit promise was just it, just it, decided to vote Green, and lost Labour the seat and the election. In the debate itself, the SNP’s Nicola Sturgeon once again for the win, in challenging Miliband to commit to working together to defeat the Tories, and Ed with a half-good comeback ruined (“we are different, Nicola, I want to make the country better, and, I respect your opinion, but you want to break it up.” Respect your opinion. Jesus, it’s like a Woody Allen joke about dating Medea. “Well, we’ve got different approaches to the kids ….”).

This is simultaneously the most important election of modern times in the UK and also the most gridlocked. Someone somehow has to try for a breakout, with anything they can muster. Who can manage it? On some remote Scottish airfield, is the back-hatch of a just-landed Hercules opening, and a hockey-masked figure strapped to a hand-trolley being handed over between clipboard-wielding personnel?  “Text-” “No it’s a biro.” “No, Textor. Textor. He’s here.” “Hello Lynton, faafafafafaaaa …”

On we go, but I’m still betting this is the day we found out that Sinn Fein will select Her Majesty’s next government …

Rundle: UK polls, clan do in Scotland and a beetroot lemonade first

Guy, I liked your comment, “But I’ll leave it lie there with the proviso that if it happens I SAW IT COMING FIRST!”
You often have been first, but being right would be a change.
When you followed that with, “Right, back to business.” it left me thinking about how frequently you do take your writings as serious business.

Nicola the Sturgeon had a good line when Millipede said that she was wrong to say that Labour is the same as the Torys – “I didn’t say ye werrrre the same, I said ye werrrre nay different enough!”.
Had to lurve Farrago abusing the audience as thick, hairy & leftish – way to go Nige, winning enemies is so much fun!

rhwombat, thanks for illustrating once again how well-argued posts aren’t needed by favoured ones such as yourself to ‘pass’ the Crikey Censor — even when your post, because of your apparently severely limited language skills, had to be expressed poor quality crude language because you can’t do any better.