How Dr Karl did Treasury a big favour

Dr Karl has injected some much-needed debate into the issue of government communications in a social media age, writes The Mandarin publisher Tom Burton. 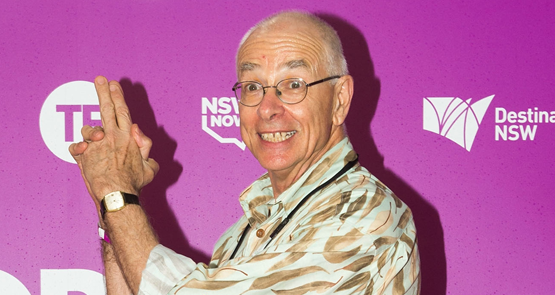 Treasurer Joe Hockey’s conversation about our economic future went off script this week, when Dr Karl Kruszelnicki, the ABC science boffin fronting the Challenge of Change campaign, decided it did not talk enough about climate change.

The ever colourful Dr Karl had been hired to help get the public engaged in federal Treasury’s latest Intergenerational Report — the 40-year outlook document that seeks to make sense of the larger demographic and economic trends shaping the nation.

But by week’s end, Dr Karl had donated his earnings from the engagement to a school, declaring it had all got too nasty in the social media chat rooms.

This, in turn, prompted another round of Left/Right, green/brown, ABC/News Corp missives about the rights/wrongs of Dr Karl’s public utterances and the ubiquitous Challenge of Change bus posters, TV ads, and YouTube videos and associated website and social media sites.

It was a searing experience for Treasury and its first real foray into the modern world of social engagement, with everyone involved ducking for cover, hoping Dr Karl’s Exocet might just fly off to another place.

Until very recently, Treasury was about as old school as it gets when it comes to communications and engagement, preferring to quietly publish their works on the inner indexes of their distinctly Web 1.0 site. Treasury, of course, had been involved in big public campaigns before — the mining tax for example — but till now had eschewed the full court press of digital engagement.

Last year was, of course, annus horribilis for Treasury and its political masters. Its federal budget was shredded in the court of public opinion — and the much-needed task of economic reform set back by at least one electoral cycle.

The G20 work began to take Treasury into a newer world, and the work to better understand what was driving this public opinion began last year ahead of the appointment of new secretary, John Fraser — fresh from the shiny world of global investment banking. Over the summer, a gaggle of brand, PR, marketing, research and digital smarties were hired to give Treasury the sizzle an ANU economics degree does not train you for.

None of this came cheap. A local Canberra outfit, Zoo, got $102,000 for their “re:think” brand and website work for the tax reform paper, Sydney PR and lobby outfit chaired by former communications minister Helen Coonan, GRACosway scored $297,000 and another $70,000, to drive the communications around tax whitepaper, and Melbourne communications research firm HP Open Mind Research pocketed $193,000 and a further $68,000 to understand what the punters want (“lower simpler fairer” taxes) and another research group Taylor Nelson Sofres won a $79,000 contract. A company called RXP also picked up $112,000 to build an online submission system. (Google forms is free.) But it was the boutique creative and media agency 303Lowe who got the big bucks, $1,746,612 (to be precise) for putting the Challenge of Change campaign together. (Thank you AusTender).

$2.7 million all up. That would have repaired a lot of school playgrounds.

What the actual cost of the media buy for the Challenge of Change campaign was, no one (amazingly) actually wants to say yet, but given the proliferation of the media channels — including prime time — we are talking millions.

Read the rest at The Mandarin.

Turnbull admits he has no case against Rudd