Addressing the lag time between a film's theatrical release and its subsequent release on streaming services, such as Netflix, will be key in determining the future success of the film industry. 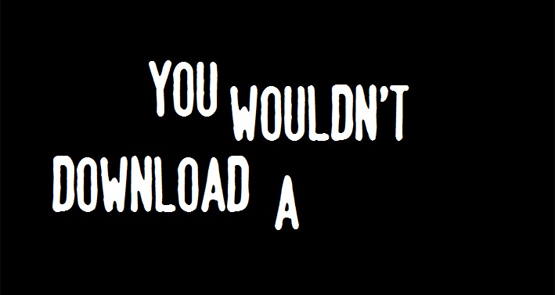 You don’t have to turn the clock back very far to remember a time when online movie piracy was no big deal and streaming services such as Netflix were yet to come into existence. In the early years of the new millennium, bootleg discs were by and large the way films and TV shows were circulated among those who didn’t want to pay and/or wanted to see the latest movies in their lounge rooms.

Netflix (originally, and still partly, a DVD rental company) only introduced online streaming in 2007. It was around then that the question began to be asked whether online piracy would deal the movie industry a deathblow from which it would never recover. It took some years and hundreds and thousands of hysterical news stories and think pieces to return a “no” —  or at least a “no, probably not” — and since then arguments have become more nuanced and questions more specific.

One of the big ones at the moment is around the issue of release windows. Currently the standard gap between when a movie finishes at the cinema and opens on ancillary markets such as DVD and streaming services is three to four months (longer for traditional television). There is a growing consensus that that needs to change. For one thing, the large cost of mounting any decent publicity and advertising campaign for a cinematic release could theoretically be amortised across different platforms.

In Australia, we’ve started to see trickles of that happening. Anti-coal seam gas documentary Frackman is currently available to purchase online and is screening at various cinemas across the country. Australian/New Zealand co-production Sunday is being billed as “an Australian-first multiplatform release” and is combining a theatrical season that starts May 2 on a small number of screens with syndication via Stan, iTunes, Dendy Direct and others.

These are small films, not the big hitters, and their releases have been afforded leeway because they aren’t coming through the major players. Producers have hopeful visions of a future in which more titles can gather momentum in cinemas — perhaps become hits — and that momentum can flow on to other platforms. But exhibitors naturally want to protect their turf and maintain exclusivity for as long as possible. This is where things can get a little tricky.

In the last few weeks in America we’ve seen one of the first case studies in what happens when a small film originally slated for a short cinema-to-Video on Demand (VOD) turnaround catches on, big time, and what a distribution company can do to maximise profits by being nimble and responsive.

Writer/director David Robert Mitchell’s second feature film, an inventive horror movie called It Follows, is a knockout. The premise kicks into gear when teenage protagonist Jay (Maika Monroe) has sex with a boy she’s recently started dating. He informs her that, by doing so, she has contracted a sort of supernatural STD. A demon will follow her wherever she goes, he explains, and the only way to get rid of it is to have sex with somebody else.

If the concept sounds like a sadistic take on Pay it Forward, the execution is highbrow and interesting: in addition to being genuinely scary, it’s also genuinely inventive.

The film’s distributor had existing relationships with exhibitors and VOD and ancillary providers and the film was expected to have a window of just two weeks.

But when it opened the critics went gaga and subsequently (or perhaps, coincidentally) box office numbers were great. It Follows generated an explosive per-screen average of US$40,000 on just four screens. Its distributor Radius-Dimension changed plan and delayed the VOD  release. Three weeks later a film that had opened in four cinemas was now playing in 1200. Box office revenue to date is more than US$12 million. Viewers who want to watch it at home will have to keep waiting.

“With the best reviews of any American horror film since Evil Dead and the biggest exclusive opening for any horror film since Paranormal Activity, going wide was the logical next step,” Radius co-president Tom Quinn told USA Today.

The VOD platforms It Follows was lined up to occupy were presumably peeved that their ability to tap into horror cinema’s current flavour of the month has been restricted and/or delayed. However Radius, who were smart to not specify an exact VOD release date, had made a savvy business decision. A title it acquired for less than US$700,000 has now become an extremely profitable investment and a rare sleeper hit.

Success and failure in the film industry is difficult and often impossible to predict, but if there is a lesson we can extract from the distribution of It Follows, it is one likely to please neither exhibitors nor video-on-demand and ancillary services. Perhaps “responsive” is the key word. The distributor was able to hedge its bets (and to a point, safeguard its investment) on a multi-platform release strategy but then change the plan mid-game to adapt to where the audience were going.

Compare that to the distribution of Australian zombie film Wyrmwood: Road of the Dead, now only a couple of months into its public release and already regarded as a cult classic. The producers fought to have a three month release window reduced to two months. The film premiered early February on limited release, pocketing over $80,000 on a single evening (Friday the 13th) but playing in few cinemas after. It eventually arrived on DVD and VOD in April.

In America it was a different story. In March, Wyrmwood opened in America simultaneously on theatrical and VOD platforms. Copies of the film were ripped and circulated online and it soon became one of the most downloaded movies in the world.

For cash-strapped filmmakers who spent years shedding sweat and (fake) blood this sort of thing is a mixed blessing at the best of times, but it got worse. In Australia almost a month went by when, because of the release window, viewers could easily download a pirated version of the film for free but were not even given the option to buy it online. If they wanted to see it at the cinema, they needed to organise their own community screenings or join others who had.

This is evidence of a business model that could do with a rethink. How to market a film that’s going gangbusters on pirate websites is a question for another time, but it’s pretty clear the distribution of Wyrmwood, unlike the distribution of It Follows, did not fully capitalise on the film’s unexpected (and yes, partly problematic) success.

At the crossroads of old and new distribution models, these are strange times indeed for companies who are now forced to rethink their entire modus operandi. Gone are the days when we build it and they will come. For films that aren’t mega-budget blockbusters, the signs point to a future more about building then tweaking, changing, bending and reconstructing, with one word to keep in mind the entire time: audience.

Why the death of Hollywood has been greatly exaggerated

Hearing the picture: movies for the blind