Rundle: the Right really do not want to open the Anzac can of worms

Insisting that Turkey hold a truth and reconciliation commission into the slaughter of Armenians around the time of the Gallipoli landing will raise some very uncomfortable questions about Australia's own behaviour. 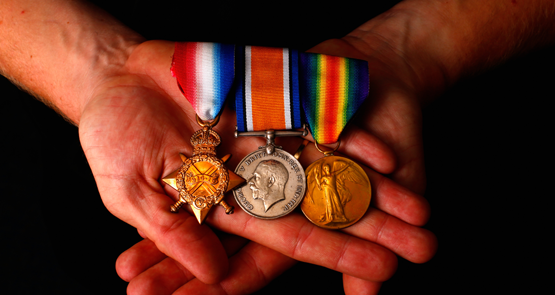 As Anzac Day approaches, the World War I wars have started up again! About ten years ago, WWI ceased to be a futile struggle and became a struggle against German militarism. The reason was obvious: as the Iraq War bogged down, the usual historical argument for war — the failure of “appeasing” Hitler — stopped working. We needed the example of a meaningful quagmire, and so WWI was it, the revision starting almost to the day that the last living witnesses of the conflict died.

But Turkey has always been a problem in this — there was nothing to pin on the rather torpid empire, which was attacked purely as a way to cut through to central Europe and open a second front (and then carve up its provinces into colonies). That problem has become especially acute now that we are attempting to turn Gallipoli into something other than meaningless slaughter.

Cue Paul Monk’s article in The Age and The Sydney Morning Herald demanding that the Turkish government hold a truth and reconciliation commission for the Armenian genocide, which began in 1915, the day after the Gallipoli landings, and was in part sparked by them (the Turks feared the Christian Armenians would be established as an independent state by the Allies). Yeah, right, because we’ve already had truth and reconciliation commissions for the Belgian Congo genocide, the market-caused famines in British India in the 1890s, the Bengal famine that occurred under Allied command in the ’40s, the genocidal assault on Vietnam, and the destruction of neutral Cambodia. Don’t recall them? Better call Paul, he’ll fill you in. About time these Muslims owned up to their crimes, as we don’t.

The sole reason for this push is to propagandise for the current attacks on Islamic State, which enjoyed some Turkish support a few years ago, and to legitimise continued Western presence in the region. The article is subtle compared to the accompanying cartoon by John Spooner — which suggests that the Gallipoli landings were staged to prevent the genocide, and which has hit a peak of asininity that the Spoon only managed to achieve during the Iraq War. It is, needless to say, complete bullshit. The cartoon distills the need to give Gallipoli a retrospective meaning at its most infantilised and pathetic.

The fact is, had the Allies left the Ottoman empire alone, the Armenians, Greeks and other nationalities within its borders would have fared far better. War supercharged the push towards nation-state status and licensed mass murder, as wars usually do. Prior to that, the Ottoman empire was a reasonably multicultural society at a time when the Western empires had become obsessed with virulent eugenic racism; the war gave its “Young Turk” rulers a chance to put Western ideas of racial and national purity into action.

The deeper you go in, the less the Right is going to like the truth of this period — such as the influence of Zionism on Turkish ethnic cleansing, with both Herzl and Jabotinsky having acted as advisers to the Young Turks, suggesting that the Young Turks adopt the Zionist model of statehood — and grant the Jews a Zionist state as an enclave within it. To this day, the one state that goes out of its way to say officially that there was no Armenian genocide is … Israel. In 1948, the Zionist insurgents would use the Turkish model to create their own state through violent ethnic cleansing. Still waiting for the truth and reconciliation commission on that. Oi, oi, oi.

Meanwhile, there’s probably at least one truth and reconciliation commission that Australians should be more interested in, and that’s to do with a war closer to home — the frontier massacres of Aborigines, which continued right up to and beyond WWI, and which shaped the attitudes of many of the country kids who became the Diggers. There’s a link there, too. The larrikin image of the Anzacs that we celebrate may have come from an irreverence to authority in the face of British disdain, but much of that disdain came from the fact that some, perhaps many, Australian troops were far more willing to kill Arab civilians than British soldiers were, and Australian troops were notorious for it. Why? Because they’d already become comfortable and relaxed about killing brown people at home, and Arabs were just a different shade. If pompous propagandists like Monk want to advise Turkey about ways of handling their past, what do they imagine Turkey might suggest to us?

Good God, the Right, and their capacity for delusion and mythologisation, especially around the doings of white people. As their project becomes ever more chaotic, its justifications become ever more absurd. That mix of incuriosity, lack of self-reflection, and clueless self-satisfaction. Someone should find a way to bottle it. Though I doubt it will be in short supply in the weeks and months to come.

Thank you! An antidote to all that pious nonsense about Woolworths’ “appropriation” of the Anzac myth.

Few people know about the genocides that took place in places like Turkey and Ukraine. So bringing them to light can, surely, not hurt. Similarly, a light shone on our past would be helpful in establishing what may well be some discomforting facts as a context for a better informed reconciliation effort.

But how on earth do you conflate the ‘Right’ with either Zionism or our involvement with Gallipoli? I think that’s just your political colours showing through.

Good to see you smacking down the utter BS being spouted about the holy diggers Guy.
Only 9 more days of this sanctimonious claptrap to go.
Maybe the 100th anniversary might just tip the scales in favor of reality, rather than myth. (If only)

Guy, the Armenian genocide began the day before the Gallipoli landings, not the day after as you stated here.
The two were undoubtedly related but it is certainly not the direct cause-and-effect which you imply. Geoffrey Robertson’s ‘An Inconvenient Genocide’ provides a decent summary of the arguments. One of his points was that if the Gallipoli landings had been successful, many hundreds of thousands of Armenians would have been saved, so blaming one on the other is too simplistic.

If truth is the first casualty of war then post war histories would be a contender also for truth as a casualty. Gallipoli provides a classic illustration and we are currently being inundated with tales glorifying what was in fact an unmitigated disaster. For a relatively brief history of the campaign, such as it was, and a chronicle of military incompetence par excellence matched only by political skullduggery, I recommend that article by Gerry /Doherty and Jim MacGregor in the March-April 2015 issue of New Dawn.

As Paddy says, only 9 more days of this sanctimonious claptrap to go. Unfortunately it is scheduled for annual repeats.