A major report on our inefficient, patchwork approach to mental health leaves the government unable to retain the status quo, but with no easy way forward. 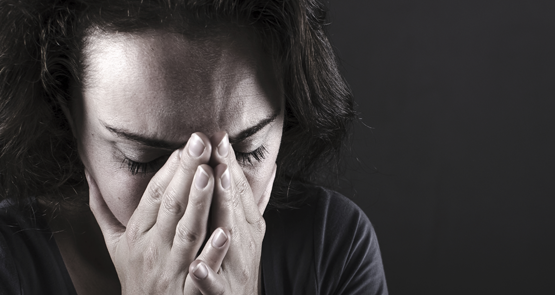 The long-withheld National Review of Mental Health Programmes and Services proposes a fundamental overhaul of the systems in place to address with the massive cost of mental illness in Australia, as the current framework is “not cost-effective”, “does the wrong things” and fails to deal with “the dire status of the mental health and wellbeing of Aboriginal and Torres Strait Islander people”.

The report, by the National Mental Health Commission, chaired by Allan Fels, was provided to the government in November but remains officially unavailable. A part of the report has been leaked to the ABC, and a full copy of the four-volume report has now been leaked to Crikey.

The commission’s core finding is that current mental health funding arrangements are too skewed to treatment within the hospital system rather than focusing on prevention and care within the community. It finds:

“The status quo provides a poor return on investment for taxpayers, creates high social and economic costs for the community, and inequitable and unacceptable results for people with lived experience, their families and support people.”

The review complains of being hampered in its assessment of existing programs by the lack of reporting information, or information focused on activities rather than outcomes. “There is nothing efficient about funding activity-based programmes when there is no way of measuring the impact of those programmes,” it says. The commission wants to shift Commonwealth resourcing — currently around $10 billion, spread around 16 agencies, in addition to $4.5 billion in state and territory spending — toward prevention and early intervention, to fix a system “driven by supply (what providers provide), rather than by demand (what people want and need)”.

“At present, our programmes and services across sectors are not set up to promote early intervention. For example, sometimes people need to inflict serious physical harm to gain access to support… in mental illness, late intervention is too often the norm … For example, for people with complex needs, such as a person with severe bipolar disorder, optimal care (based upon greater GP contact, increased support from community mental health teams and continued access to care coordination and psychosocial supports) can yield savings over nine years of $323 000, with about half of that saving being directly to the states through reduced acute care costs (admissions).”

Moreover, the commission finds, Aboriginal and Torres Strait Islanders bear the brunt of current inefficiencies given the far higher rates of mental health problems in those communities.

Programs are often poorly co-ordinated as well, the commission finds, with different agencies administering short-term, sometimes duplicative programs with poor evaluation mechanisms and no links to other programs or programs addressing non-mental health issues that can play a key role, such as housing. And “the Commonwealth’s major programmes reward volume of activity and funding of one-off patient interactions, with no accountability for effective achievement of outcomes”. Worse, states and territories had been withdrawing specialised community mental health services, creating a “missing middle” between GPs and hospital care, especially in regional areas which already face poorer access to health services.

The person-focused “architecture” proposed by the National Mental Health Commission is based on a “stepped care” framework designed to address different levels of intensity of need with greater choice and responsibility, with resources — it does not propose an increase in funding — shifted “upstream” to primary and community care and non-clinical services, overseen by renamed “Primary and Mental Health Networks” (which have replaced the Medicare Local network). This is the basis for the $1 billion shift in funding from hospitals that has been widely reported, which has already ruled out by Health Minister Sussan Ley. GP incentive payments would be structured to strengthen the role of GPs, and pharmacists would be included “as key members of the mental health care team.”

The commission also wants to expand full-time mental health and social and emotional well-being teams for Aboriginal and Torres Strait Islander people, reflecting the need to take a broader approach to mental health among indigenous communities.

The report leaves the Commonwealth in a difficult position, and to an extent it’s understandable that the government has sat on it for months trying to work out a way forward. The status quo is simply not an option in the wake of this report, given the inefficiencies, lack of performance information and patchwork nature of our current approach to mental health; apart from anything else, a greater focus on prevention and community care represents an opportunity for substantial savings that can in years to come be reallocated to other priorities in mental health or the health system more widely. But the alacrity with which the government ruled out shifting $1 billion from state and territory-run hospitals to Commonwealth-funded GP and community services reflects the political problems inherent in such a recommendation — especially as the government is already facing a huge fight with the states and territories tomorrow over its massive cut to hospitals funding in coming years.

In short, if a more efficient, effective mental health system is to be found, the government may have to be prepared to invest up front in order to obtain savings down the track — but any “savings” in the health portfolio will always come with a political price tag.

The Commonwealth should step away and give the money directly to the States – thus local usage maximised. Commonwealth funded and reporting reporting sounds nice but the funds are used by the process not by the purpose- out of every $ allocated & spent 90 cents disappears into administration & compliance.
Mental health funds actually should be decreased and contained – mental health is elastic stretching to nearly unquantifiable levels. Like any other disease support should be constrained to affordability level -& institutional care well supervised is the only solution – this nonsense about integrating into the community – requires multiple careers & tradesmen etc per person – completely unaffordable – ” all it needs is more funding’ is the mantra -but more is never enough.

The devolution of care – another Howard “cost-cutting” legacy.

Another report that sees mental health as a problem in isolation rather than examining it contextually. The irony of Alan Fels chairing this report (I understand his personal interest in this area) is paralleled by the tragicomedy of Jeff Kennett’s role with beyond blue following on the impact of his Government policies on the mental health of may Victorians yet alone his treatment of mental health services in Victoria.

Public mental health services are triaged in Australia. This triage os predicated on the fallacy that there are ‘serious mental illnesses’ and then all other mental health issues the public sector is there to treat serious mental illness (as they define it), people with other problems are usually fobbed off to their GP. It’s akin to the general health service saying ‘we are only here to treat serious physical illness, if you don’t have cancer or a heart attack go and see your GP’. Now it may be that demand for mental health services is inexhaustible (although I think not) but surely any examination of the system needs to start with an examination and public debate of these assumptions and what we as a community are prepared to do about mental health issues? Furthermore mental health and the disability from l;on term mental health issues cannot be meaningfully examined in the absence of context – how do Government policies and society contribute or assist management? I’m not suggesting that this alone will fix the mental health system (that is far worse than this report suggests despite the best efforts of individual workers) but it must be an essential part of the discussion.

As a Mental Health Nurse who works in Rural and Remote Nursing services in South Australia, I want to say that we have been inflicted with this line for year by people who dont work on the coalface. Mental Health cannot resolve the social problems inflicted by society on marginalised groups like Aborigines in remote communties, or the long term unemployed. That requires a whole of society response. Inflicting the resolution of social problems on those working in mental health is stupid. If the current suggestion of robbing peter to pay paul , of transferring resources from acute and intermediate care to long term care and primary care is carried out then you can be assured that emergency departments will be packed with mental health patients who are heavily sedated or shackled to barouches for days on end, waiting for acute and intermediate care beds with waiting lists as long as your arm. If thats what you folks out there with your ‘devolutionary’ bullshit want, thats fine. Next time you are in a crowded ED and you hear the sound of code blacks, crashing and thumping, you might want to remember this.

I may well be wrong again, but I seem to remember some very real worries surrounding the manifestations of Howard cuts that led to the closure of various institutions of care, that left people worried about where those people affected, subsequently turned out (and their families), were going to be able to find help when needed?
Those sort of “economic priorities” pursued then with little thought for future societal ramifications – as infrastructure was decimated.
The pity (for all society), is the neglect since. It has to be addressed.