The tabloids have been crucifying Victorian Premier Daniel Andrews, without giving any of the straightforward answers on the East West road project and future public infrastructure. Excluding military procurement, Melbourne’s East West Link is probably the biggest cancelled government contract in recent Australian history. At close to $10 billion, it was also one of the most dubious from a cost-benefit perspective. This capital will now be deployed on the Metro Rail Project, which Victorian Premier Daniel Andrews today announced would proceed with the “shallow tunnel option”.

With $53 billion of budgeted revenue in 2014-15, the Victorian government did well to walk away from East West with a $339 million payout that equated to only 0.64% of annual receipts. They did this in five months, while avoiding litigation and legislation and retaining the state’s coveted AAA credit rating with a stable outlook from the three major agencies.

But you wouldn’t know it based on the media coverage, which has been nothing short of extraordinary. The Australian led its website for much of yesterday afternoon claiming the project had cost Victorian taxpayers $900 million. The Herald Sun went absolutely feral today, but even it only settled with a cost of “at least $640 million” on page 1.

The combination of Terry McCrann, Jeff Kennett and the Herald Sun editorial was a Murdoch tabloid charade worthy of the Melbourne International Comedy Festival.

Hilariously, as the Herald Sun reminded readers of its past East West coverage, it fessed up as to how wrong it was. The November 25 splash last year was headlined “$1.1b road block” as the paper claimed it had “revealed the true cost of tearing up the East West contract”.

So when the Andrews government deftly gets out of jail for about half this claimed amount, rather than admit its error, all the Herald Sun can do is carry on as if a judge had delivered a scathing judgment and a $2 billion payout, which had triggered a credit downgrade.

Today’s Herald Sun editorial actually claimed we need “new bitumen or Victoria will grind to a halt”, and then the opening spin on the Metro Rail alignment announcement was that it would cause “years of disruption”.

If Jeff Kennett is worried about confidence, he should resign as a Herald Sun columnist.

In other coverage, The Australian’s John Durie was scathing of all politicians and the greedy East West consortium, but gave investment banker John Wylie a pat on the back for negotiating the $339 million settlement pro bono.

Fairfax’s Malcolm Maiden took a more measured middle ground, suggesting the deal was reasonable for all concerned, as it most certainly was.

One of the reasons both sides of politics are playing the issue so hard is because the next generation of Victorian Liberal leaders, Matthew Guy and Michael O’Brien, were the two key ministers who delivered the planning and contractual elements of the controversial deal, which the Liberals explicitly promised not to do during the 2010 campaign. These two also happen to be rivals for the Liberal leadership. Tony Abbott also seems to think it is vital to his chances in the federal election, but if he doesn’t redirect the promised $3 billion to Metro Rail, he’ll quickly become even more toxic in Victoria.

The final cost of the start-stop East West project will only be known once we see the final Victorian budget outcome for 2014-15 and the May 5 budget for 2015-16.

So how do we get to the “more than $900 million”, which even the AFR claimed in its page 1 splash today?

Some of the spending has been productive. For instance, City of Melbourne received about $10 million to fund some major improvements to sporting facilities in Princes Park and Royal Park. This is state spending on assets now sitting on council’s books, which shouldn’t be written off as “lost”.

The same goes for close to $200 million of land acquisitions, which the Andrews government is now proposing to try and sell.

If Liberal leader Matthew Guy wants to reheat the East West project at the 2018 state election, then this land should arguably be retained by taxpayers until that time. However, Guy is yet to commit, which tells you something about how controversial the huge $10 billion project remains. The Herald Sun produced a shopping list today outlining “what we could have bought for $640 million” when the question really is “what else can we do for $10 billion?” The answer, of course, is Metro Rail, which is proceeding at full steam.

Despite all the media doom and gloom, the fact that Tony Abbott front-loaded a $1.5 billion Commonwealth grant for the East West project means that, in cash terms, Victoria remains substantially in front after the $339 million payout.

However, with a lopsided financial federation that sees many tens of billions of dollars funnelled through Canberra each year and then back to the states, the $1.5 billion already committed will obviously be offset against Victorian bids for other federal grants.

Metro Rail should logically be a three-way effort between federal grants, state debt and a private consortium, but the decision to take over the $3 billion East West banking facility and try to re-assign it to the Metro Rail Project is puzzling.

As shadow Treasurer Michael O’Brien eloquently asked yesterday: “Why would you go to the private sector if you’re the government, and secure debt paying higher interest rates than you can get from Treasury Corporation of Victoria, which can issue government-backed bonds at a triple-A rating?”

Precisely Michael, why didn’t you just borrow directly to build the project rather than cop exorbitant loan-establishment fees of $81 million?

With a AAA rating, Victorian taxpayers can borrow far more cheaply through TCV than any global banking consortium. Yet that didn’t stop the Napthine government ploughing into no less than 27 different PPPs to try and minimise public sector debt. The $81 million facility fee should spark some close scrutiny of other PPPs to establish whether the financiers are effectively ripping off taxpayers.

TCV currently has gross borrowing of about $40 billion as is outlined in this Standard & Poor’s report on Victoria’s finances released in March.

The Victorian push for PPPs is presumably about avoiding the political damage caused to the likes of former premier Anna Bligh once Queensland’s public sector debt topped $90 billion.

If both sides of politics didn’t have such an aversion to public debt, much of this East West pay-out debacle could have been avoided. 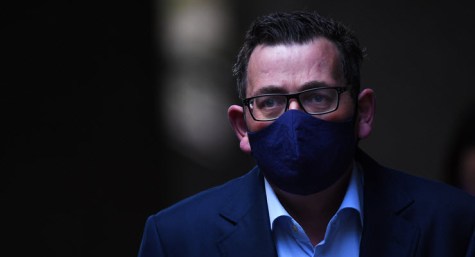 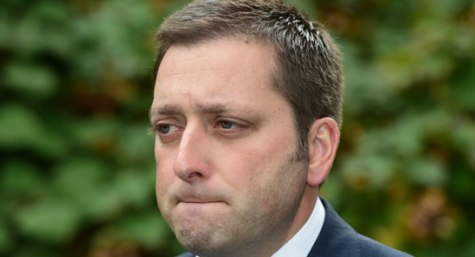 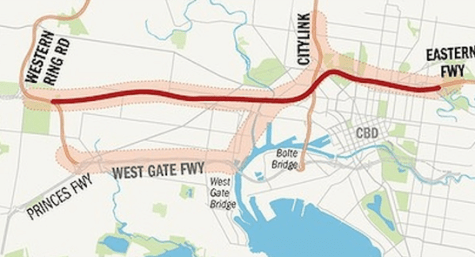 Abbott is true to form playing politics with the East-West link issue for all its worth … Despite Daniel Andrews having a mandate to cancel it … indeed an election commitment to cancel it … further, the Abbott governments refusal to back improvements to the rail network in Victoria is silly and disgraceful …

Keep up the bleating, Mathew ‘Give Away’ Guy, hopefully the Vic LNP is desperate enough to keep you on, and you can do for them what Abbott is doing for the LNP nationally.

More “Anti-Labor Matter” propaganda generated by Limited News.
[Editor/Patron /Kennel Club/Sponsor for the circulation of “Blot on the Political Landscape” facts that among other things of late reckons that The Life of Brian is “a film mocking Christ as “just a naughty boy””?
Would they know their arse from a 6 lane tunnel?]
What else is news – or, in Murdoch’s case, gnus?

The whole political class, both sides, should be ashamed.