Today Fairfax will announce what it plans to do with its regional newsrooms. And it is not expected to be good news for journos. 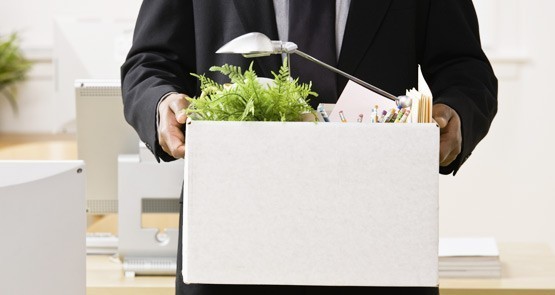 Staff at 11 Victorian newspapers are bracing for 2pm meetings today, where they’ll find out for certain how many of them will lose their jobs in coming weeks.

Fairfax’s NewsNow rollout across regional Victoria has been on hold while the company conducts consultations with the community and affected parties about the changes. The company proposes cutting around half the staff from three of its largest regional Victorian newsrooms. It intends to get rid of photographers, subeditors and reporters at many of its Victorian papers as part of the latest iteration of the NewsNow system, which involves reporters subbing their own writing and taking their own photographs.

The controversial system has prompted outrage from local politicians and community leaders, who were encouraged by Fairfax to get in touch to discuss their concerns about the changes when they were announced in March. But Crikey understands these public consultations have not saved many roles, with the company instead leaning towards cutting back on the amount of work its journalists will be expected to do rather than keeping more of them.

A quick timetable for the changes has been agreed upon. It’s expected Fairfax will announce that the first Victorian paper to be restructured will be the Ballarat Courier, quickly followed the Warnambool Standard, and several smaller papers. Albury-Wodonga paper The Border Mail will be one of the last papers touched — its restructure is expected in August.

It’s not the only cost-saving Fairfax is attempting to implement. Crikey has been told Fairfax Editorial Services, the New Zealand company established in 2010 that’s currently providing subediting to both New Zealand and Australian papers, last month offered redundancies to workers there, and 25 subeditors have taken up the offer. They are expecting to finalise their redundancies by June. Papers are getting smaller — it’s possible the company believes fewer subeditors are required.

Australian papers subedited in New Zealand by Fairfax Editorial Services include The Sydney Morning Herald, The Age, and The Australian Financial Review. FES also lays out and subedits the Newcastle Herald and the Illawarra Mercury. But it’s not clear if those made redundant are directly involved in subediting any Australian papers — it’s understood the greatest pressure from the redundancies will fall on Fairfax’s New Zealand mastheads. In mid-2014, Fairfax ended its contract with AAP-owned Pagemasters, instead moving all the subediting it doesn’t do in-house to FES. A former FES employee told us subeditors there typically had to edit 30 pieces a day but that most were highly experienced and skilled subeditors in the later stages of their careers who could get the job done. It’s many of these same skilled subeditors who have put their hands up for redundancies.

If Fairfax are paying to have the SMH and Age subedited, they should be asking for their money back. I have never seen such shoddy work, and the daily parade of typos is so large that almost every article reads like a poorly typed first draft.

ABC news at 1600 today reports that 71 positions are to go across Victoria.