Why can’t we just build a lot more railway lines?

It might seem easy to build more rail lines given so many were built in the past. But in some cases we wouldn’t tolerate the same conditions that provided much of our legacy infrastructure. 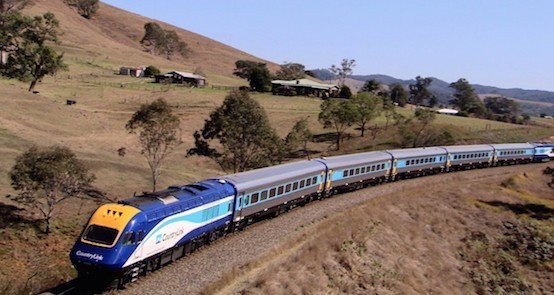 Australia had something of a boom in multibillion-dollar motorway flops over the last 10 years, including Sydney’s troubled Cross City tunnel and Brisbane’s 4.8-kilometre economic failure, the Clem7 tunnel, as well as its doomed 6.7-kilometre Airport Link tunnel.

The citizens of Sydney and Brisbane got the benefit of some very serious infrastructure at the expense of investors, who took a bath. The private sector is now much more cautious about taking on risk associated with transport projects.

While the new millennium appears so far to be a particularly dark period for rational decision-making about transport infrastructure, it’s not exceptional.

For example, Stanford historian Richard White, author of Railroaded, argues that the transcontinental railroads constructed in the US from the 1860s encouraged “dumb growth” and sacrificed public good for private gain.

“Proponents of the transcontinental railroads promised all kinds of benefits they did not deliver. They claimed that the railroads were needed to save the Union, but the Union was already saved before the first line was completed. The best Western farmlands would have been settled without the railroads; their impact on other lands was often environmentally disastrous. For three decades California commodities could move more cheaply, and virtually as quickly, by sea. The subsidies the railroads received enriched contractors and financiers, but nearly all the railroads went into receivership, some multiple times; the government rescued others.”

Closer to home, a key part of the rail infrastructure Melbourne inherited was initially provided on the back of failed private investment in the middle of the 19th century. As I’ve discussed before, most of it though came a few decades later via rampant corruption and the largest real estate bubble in the country’s history.

I pointed out then that, according to the author of The Land Boomers, Michael Cannon, transport was so vital to Melbourne’s growth that the story of Victorian politics in the 1880s was largely the story of building railways:

“Hundreds of miles of track, some of it quite useless, pushed out from the egocentric city to the rampant suburbs and the far countryside. Hardly a member of Parliament whose vote could be bought went without his bribe in the form of a new railway, a spur line, or advance information on governmental plans to enable him to buy choice land in advance — the value of which was enormously enhanced when the line went through. It was a dispiriting chapter in Victorian political morality.”

Successive governments were infected with rail-building mania. By 1884, the so-called “Octopus Act” authorised the construction of 65 lines totalling 1170 miles at an estimated cost of 44 million pounds. It authorised two major extensions of the suburban system, one of which was a “ludicrous enterprise known as the Outer Circle Railway”.

The Outer Circle, much of which is used today for bicycle trails, only lasted three years. It went from North Melbourne, via Brunswick and North Fitzroy to Fairfield and then on via East Kew to join the Gippsland line at Oakleigh:

“The land boomers inside and outside Parliament saw it as a speculators’ paradise and invested heavily in broad acres along the route. They were caught with their signals down. No sane passenger would use the line when it took him 4 hours 20 minutes to travel from Oakleigh to the city by this route. Nor was there much intermediate traffic. For decades later, the rusting nails and abandoned stations of the Outer Circle route remained as a silent reminder of the boom years.”

Cannon says the final cost of the great railway building spree crippled state budgets for decades. “Even today”, he says — meaning circa 1966, when the book was published — “the incubus of the railway boom of the 1880s lies heavily on the taxpayer”.

His account highlights one reason why it would be much harder to replicate Melbourne’s suburban rail system today: it was built during a spectacular period in the city’s history, with a coincidence of highly speculative investment mania and political corruption.

Even on the most cynical view, those conditions don’t hold today. Motorway investors have learned from the Brisbane and Sydney fiascos and are now much more careful; one of their strategies is to shift more of the risk on to government.

Apart from the perennial problem of politicians prioritising political convenience over economic sense, a key risk now is the feebleness of governments in negotiations with the private sector over selection and funding of projects.

Fortunately, investors are wiser and prudential controls are stronger, but setting up massive transport infrastructure spending programs is much harder now. One of the key problems is construction costs are much, much higher than they were even a few decades ago; governments also have many more priorities compared to the late 19th century.