What the heck is horizontal fiscal equalisation, and why does WA hate it?

Western Australia is particularly upset with the way the federal government distributes GST revenue. Does it have a point? Crikey intern Sophie Thomas explains. 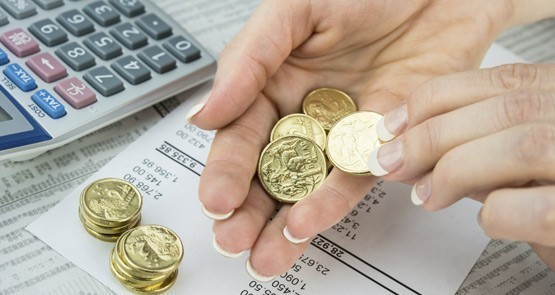 That goods and services tax has reared its ugly head again in public debate, with Western Australia the most unhappy with the current division of the 2015-16 GST proceeds.

WA Treasurer Mike Nahan clashed with his interstate counterparts at a meeting in Canberra last week during discussions of this year’s GST revenue distribution. His state stands to lose billions of dollars in GST revenue, according to the tax-proceeds recommendation released by the Commonwealth Grants Commission (CGC) last week.

According Nahan, the way the GST is calculated is inherently biased against WA, and it all comes down to iron ore royalties, time lags and one very sticky formula.

How is GST revenue currently divided between the states and territories?

The CGC is responsible for creating a formula to allocate GST proceeds to ensure equalised conditions across the states.

The formula calculates the tax-proceed distribution in a way that allows for cross-subsidisation. That is, one state may be given lower GST revenue in order to subsidise higher prices in another state. Over the years, the winners and losers of this formula have changed according to circumstances. While WA has, in the past, reaped the benefits of this system, the mining boom led to WA propping up other states.

A Melbourne University economics professor and one-time adviser to former treasury secretary Ken Henry’s tax review, John Freebairn, says that under the current system “GST is carved up so that if states provide average services and average revenue, the GST proceeds will facilitate that”.

What is this horizontal fiscal equalisation everyone is banging on about?

The CGC’s system runs on the basis of horizontal fiscal equalisation. While it may sound complicated, associate head of economics at the University of New South Wales Nigel Stapledon says “it’s really quite simple”.

Though it is based on principles of equality, Stapledon says the CGC’s calculation is not without its problems.

“When you have a system based on fiscal equalisation, it creates disincentive for states to raise their revenues, because they will just be redistributed through GST division.”

Why does WA want to change the way GST is calculated?

Ten years ago, royalties accounted for roughly 4% of WA’s revenues and the GST around 20%. Since then, this dynamic has reversed, and the state now relies heavily on its mining exploits for income.

The CGC formula currently calculates GST on the assumption that WA is receiving royalties from iron ore at $120 a tonne.

At present, the calculation uses a three-year average for mining royalties, which does not factor in short-term drops in volatile commodities like iron ore.

In reality, iron ore royalties have plummeted and prices are now sitting around $50 a tonne. So WA’s GST proceeds are being calculated on the basis that the state is making much more revenue than it actually is from mining royalties.

“WA’s mining gains, even the ones from a few years ago, are redistributed by reducing its share of GST. There’s a time lag, and that’s why WA isn’t happy, because when it comes to mining royalties, the formula doesn’t represent where they are today,” Freebairn said.

The fall in mining royalties wipes $4 billion from the state’s revenue alone, not factoring in the millions of dollars they stand to lose from their reduced share in Australia’s GST proceeds.

“We know that the states are worse than schoolkids fighting over a fixed sum of icy poles.”

What changes is it proposing?

Freebairn explains that WA wants the CGC’s formula changed so a lot less weight is placed on resource taxes, because they fluctuate so much. The state would rather the focus be put on costs and not on mining royalties.

More important though, says both Freebairn and Stapledon, is that the time lags for mining revenues be removed so that the CGC formula reflects current royalties. Freebairn, however, says that this would be “hard to achieve” because it would mean running the calculation on the basis of estimates.

For WA, the most achievable positive outcome would be a “freeze” of the current GST distribution at 37 cents in the dollar, to prevent it falling to under 30 cents. This would deliver an extra $500 million to the state over what it would receive if the new recommended calculations are used.

Of course, the hardest obstacle for Nahan and his colleagues is coming to an arrangement that satisfies the other states and territories.

“If WA want to change or freeze the calculations, if they want more of the GST proceeds, it’s has to come off other states. And we know that the states are worse than schoolkids fighting over a fixed sum of icy poles,” Freebairn said.

Has WA always propped up the other states?

Historically, WA has been a “recipient state” when it comes to GST distribution. For most of the 20th century, the state received benefits from other states’ economic success because of its dispersive population across vast remote areas. WA has the costly task of providing services and infrastructure to communities in the most remote areas of Australia.

In fact, according to Freebairn, only during the few periods of mining booms has WA ever been “thrown into being a donor state”. He predicts that it will again become a recipient state down the track in 2017-18.

Should the GST be raised?

Though he sees GST rates and its distribution between states as separate issues, Stapledon says that there has been a structural decline in Australia’s revenues. The high iron ore prices that once boosted the economy have now been taken away.

“Unfortunately, in that period of high revenues, some treasury advisers told the government the boom would be permanent and now there’s an affordability issue. The revenue on which government programs were based has disappeared,” he said.

Stapledon says it’s a tough time for treasurers: “The government has the choice of cutting back or increasing revenue, and neither of those options is politically attractive.”

Freebairn says there is a need for reforms in taxation and the GST should be raised, but as a part of a broader reform package.

“It’s a regressive tax. I would broaden the base, put the rate up and, essentially, move in the direction of copying New Zealand. But in order for that to happen we would need a very articulate set of treasurers and bipartisan agreement.”

Are Victoria and NSW really going to be forced to start fracking?

In that period, only WA has received less than 80% of its revenue, which has been the situation for the last 7 years.

I agree Bizz, but Barnett has used this tactic to get himself back in office twice before, I hope the WA public don’t get bit a 3rd time.

Is it like when you’re in your counting-house with your map of Australia spread open, you’re almost finished, you’ve got all these columns of $2 coins and other shrapnel spread across it … and then your budgie flies into your piles?

If they want to change the formula for royalties, then don’t just change the fire alarm going forward (how very convenient) do the calculations retrospectively for say the past 10 years (to take into account the boom years) and see where they end up. They will have been overpaid over the past 4-5 years. Didn’t hear them complaining about the formula then.

It’s a piece of scape-goat politics being played by Barnett – look what them easterners are doing to us!!

They’ve been receiving money from the easterners for most of the past 100 years or so. federation suited them then, but now they are bleating. They should also pull their finger out on micro economic reform like the rest of country and doing something to help themselves. Mining $ have made them lazy in the past decade.

In that period, only WA has received less than 80% of its revenue, which has been the situation for the last 7 years.

How much assistance has WA had from the rest of the country since Federation ?