Delia Lawrie appears determined to hang onto her leadership of the Labor Party despite the numbers running against her. 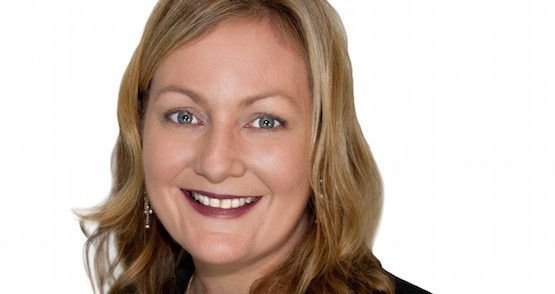 The eight members of NT Labor’s caucus met early this morning to consider a spill motion against Opposition Leader Delia Lawrie. Before the meeting, Lawrie could count only three of the eight caucus members as supporters: Lawrie herself, member for Barkly Gerry McCarthy, and member for Wanguri Nicole Manison.

The spill motion was bought on by MLA Ken Vowles, who yesterday told a local commercial radio station: “If my caucus colleagues believe I can lead the party I will be putting my hand up.” Vowles, who encouraged other members to nominate, is widely considered as little more than a stalking horse, whose candidacy would be unsuccessful but would bring the leadership issue to long-overdue consideration. The Northern Myth understands that Vowles’ motion wasn’t put to the meeting for a formal vote, but that the parliamentary wing remains split 5-3 against Lawrie.

For those who have come in late, as I’ve written here and here, the challenge to Lawrie’s leadership of NT Labor arises from her decision to challenge the findings of a commission of inquiry and the damning judgement issued two weeks ago by Justice Stephen Southwood in the NT Supreme Court that found Lawrie deliberately undermined the conduct of that inquiry. Lawrie has said she will appeal the decision.

Vowles’ nomination was soon followed by a leaked letter to Lawrie from ex-MLA Kon Vatskalis, who, until his retirement in October last year, was the most experienced MLA on the opposition benches. Vatskalis told Lawrie that:

“Or you can stubbornly decide to have a battle and create a month long instability and certainly division in the party — and of course you will be a sitting duck’ as a leader of a caucus that resents you being the leader and will look for the next opportunity to challenge you.”

Vatskalis’ “month-long instability” refers to the albatross that Kevin Rudd hung around the Labor Party’s neck in an effort to save his own leadership, which requires any challenge to a Labor leader be determined in equal measure by caucus and rank-and-file party members.

That process might be fine where there is a large and vigorous party membership willing to engage in a fair debate about leadership, but in the Northern Territory, where many Labor Party branches could conveniently meet in a phone box, it is unlikely that a party membership vote would be the “democratic” process touted by Lawrie yesterday.

However, it appears that Lawrie has stared down those challenging her leadership — for now at least. The Northern Myth understands that this morning’s caucus meeting resolved to go to the membership, notwithstanding long-term wannabe leader member for Fannie Bay Michael Gunner’s wish to have the issue resolved in the party room today. Nominations for the leadership will be called for in coming days and the party will then launch into a month-long campaign — remember the Albanese/Shorten stoush federally — that will produce furious pitches for the respective candidates.

Lawrie’s Left faction is expected to plead the “a week is a long time in politics” line that would downplay the magnitude of her current woes and stress the lack of profile of her (likely) challenger, Gunner, particularly in the bush, where he’ll be portrayed as a “Parap Cowboy”. Gunner however has long family ties in the bush, and that tactic may be a damp squib. Lawrie will have strong support from left-wing unions like the CFMEU, United Voice, CPSU and, perhaps, the Transport Workers Union.

The Right — with the charge led by young turks allied to the shoppies’ union — will be after as clean a break as possible in order to give their man (or woman) a clear run at the NT general election due by the third quarter of 2016.

Lawrie appears determined to hang onto leadership despite the numbers running against her. If the caucus remains split at 5-3 she will need at least 60 % of the rank and file to vote her way. If, as is widely expected, she loses even one of those supporters, the odds and the numbers will be firmly stacked against her.

So who to lead Labor after Lawrie’s apparently inevitable downfall?

Ken Vowles, as noted above, is not seen as a serious candidate but deserves credit for having the guts to bring on the spill.

For mine, the best of the very small bunch is the member for Nhulunbuy, Lynne Walker, but as I was reminded by several insiders yesterday, coming from the bush weighs against her. Member for Wanguri Nicole Manison is well-regarded but is reportedly concentrating on her growing family and is a relative newbie in Parliament.

Lawrie’s likely successor will be Michael Gunner, who presents well but has been held back by Lawrie and the left of the party. Gunner is widely regarded as a “bit soft” by many here but as Kon Vatskalis pointed out to me yesterday Gunner, dubbed by one wag as the “shadow minister for school fetes,” may well grow into the leadership if given support by the party and some political good luck.

All of these calculations will go out the window if more than two nominations are put to the members. Then we are all in uncharted waters.

One thing is clear though, both major parties in the NT now have leaders that don’t enjoy the support of a majority of their parliamentary wings.