Media briefs: TV while blind … cadetships at Seven … Rundle on the establishment …

The ABC begins offering audio descriptions through iView. And other media tidbits of the day.

Audio description content allows the blind and vision impaired to watch television by having a narrator describe important visual elements of TV. A second audio track describes action sequences, facial expressions and gestures so the blind can follow the plot. Content with the second track can be accessed through a dedicated tab in the ABC’s iView app – detailed instructions on how to access it are available here.

The ABC’s trial comes after Vision Australia lodged a complaint with the Human Rights Commission against the commercial broadcasters and SBS in late February, accusing the broadcasters of having engaged in indirect discrimination. Aunty wasn’t included in that action because Blind Citizens Australia has already lodged a complaint against the ABC, on behalf of 31 blind or low-vision people.

Vision Australia spokesman Ben Jessup told Crikey the iView trial was an important step. “But we need this more broadly, and on commercial television too.” He noted that in the United Kingdom, the BBC’s Channel 4 offers 20% of its content with audio description, which works out to 33 hours per week.

Content the blind or vision-impaired want to be able to watch is largely the same as that watched by the general population, according to Vision Australia surveys. The most popular Australian shows were Australian Story, The Big Bang Theory and Home and Away. Home and Away is aired with audio description in the UK, but not in Australia. — Myriam Robin

Correction: An earlier version of this piece said the ABC would provide 15 hours of audio description content a week. The correct figure is 14 hours.

Cadetships return to Seven. For the first time in years, the Seven Network is taking on cadets. To Seven’s credit and in something of a break with industry practice, the network has outlined its salary range for the roles — $55,000 to $72,000 including superannuation. The network will take on seven cadets for a two-year structured cadetship program, one in each major capital city and two in regional Queensland, from July 2015.

Seven news director Rob Raschke told Crikey the company was glad to invest in journalism. “I was a News Limited cadet in 1984, and know what it’s like to learn from that process. It was really hands-on, and that’s what we aim to have. Our intention is that within two years — and it is a two-year cadetship — those people will be moving into important and meaningful  jobs within the Seven network.”

Currently, Seven hires many young reporters from its internship scheme. Raschke said that would continue, but Seven would also offer a more formal process. Raschke says he can’t remember the last time Seven had cadets, but he suspects it was more than a decade ago. The program, he adds, has support from the “highest levels” at Seven. We’d certainly hope so — word is that chief executive Tim Worner was a cadet at Seven Perth in 1982. — Myriam Robin

The British establishment in one miniature. Readers will recall my remarking — along with many — on the UK leaders’ debate and Plaid Cymru leader Leanne Wood’s striking updo, which was reminiscent of the beehive. The following week venerable news panel show Have I Got News returned — for its 50th season — with its two regulars, comedian Paul Merton and Private Eye editor Ian Hislop. Much of the show’s humour comes from class joshing between the suburban/working-class Merton and the middle-upper-middle class public-school/Oxbridge Hislop, especially around the latter’s cluelessness about popular culture. When guest panelist Diane Morgan (aka Philomena Cunk) mentioned that she had “liked her [Wood’s] beehive”, Hislop looked genuinely confused. “What’s that — a policy? Did she bring one with her?” he remarked. “There’s no point trying to draw Ian on popular culture, even from the 1960s”, remarked Merton. And that is the UK in a nutshell: where the editor of the country’s prominent satirical weekly is so removed from everyday life as to be unaware of an entire half-century of pop culture, including a do that’s gone through two retrocycles. The dissent is the establishment and vice versa.

Meanwhile I was trying to work out what the leaders’ debate reminded me of. And of course, here it is:

And that other retro act: 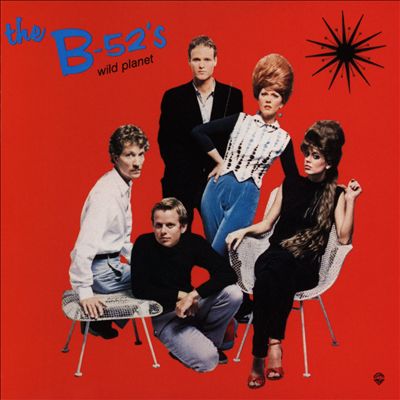 Ahhhhh, anyone wants me, I’ll be at the Black Cat, beneath the Blue Lady portrait, drinking a bodgie’s blood. — Guy Rundle

Just arrived at Kununurra which is part of WA , quite a valuable part albeit a fair distance from Perth.

In fact it must be too far from Perth according to The West Australian because the paper is no longer available.

No wonder paers are going guts up