Mayne: who’s hot and who’s not at the AGM mini-season

Stephen Mayne has the companies to watch as we approach this year's AGM mini-season. 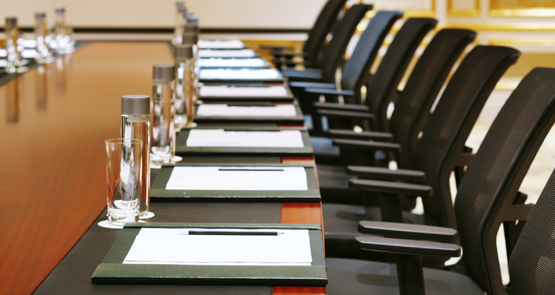 Excluding a couple of early meetings such as QBE Insurance and uranium miner ERA, the mini-season of AGMs for listed companies with December 31 balance dates is about to kick off in earnest.

One emerging theme so far is the reluctance of directors to commit to company renewal by retiring after a long stint on a board.

Sydney Airport released its notice of meeting yesterday and it revealed former Westfield executive and long-time Macquarie associate Trevor Gerber has put his hand up for another three years despite having served since the 2002 float.

Many boards are increasingly moving to formal or informal tenure limits, which are typically around nine years, but this certainly doesn’t apply at Coca-Cola Amatil, where David Gonski is seeking another three-year term despite having held the post for 14 years.

The Australian Shareholders’ Association has a policy to no longer classify directors as independent after 12 years of service and they have come out opposing Gonski’s re-election at the upcoming AGM.

Here is a brief summary of the nine most interesting AGMs coming up in the first half of the mini-season:

Woodside Petroleum — April 16, Perth: there will be much to discuss after the failed Shell buyback proposal last year. Will Shell vote its residual 13% stake in favour of the three directors up for election, and will the independent shareholders lash out over the special Shell deal on franking credits by voting against the remuneration report or some of the independent directors?

Macquarie Atlas Roads — April 17, Sydney: the Millionaire Factory continues to extract excessive fees from this infrastructure vehicle, which is on a great earner from its toll road investments in France. When total fees paid hit $86 million in 2014 and these exceed distributions to shareholders of $66 million, you know the relationship is lopsided. And topping it all off, Macquarie continues to push the tax envelope with its Bermudian board helping preside over this poorly governed arrangement.

Leighton Holdings — April 21, Sydney: after refusing to answer any questions last year, Spanish supremo Marcelino Fernandez Verdes will have to engage this year after installing himself as executive chairman. The great fire sale and break up of Leighton has continued apace since the Spanish cut a swathe through the independent directors and the shares haven’t done too badly, closing last night at $20.47. A long chapter of brand building for Leighton will also count for naught when the Spanish vote their 69.6% stake in favour of a name change to the nondescript CIMIC Group.

Santos — April 30, Adelaide: the tumbling oil price has put Adelaide’s finest under share price pressure and shareholders will want to know why the chairman quit in unexplained circumstances earlier this year.

GPT — May 5, Sydney: not a good look to have their CEO Michael Cameron poached by Suncorp just three weeks before the AGM. Will cause some debate about whether CEOs should be allowed to serve on external boards. After GPT let Michael Cameron head north for experience as a Suncorp non-executive director, they would have been surprised to have this act of good faith lead to a hostile poaching exercise.

BHP Billiton EGM — May 6, Perth: the debate will be focused on the demerger of South32, but BHP’s contribution to the crashing iron ore price will no doubt be mentioned given all the angst in WA right now. Incoming South32 chairman David Crawford may also come under questioning for longevity of fee-taking. He only agreed to quit the BHP Billiton board after 22 years of service when the South32 chairman’s gig was offered to him last year.

Rio Tinto — May 7, Perth: expect a fuller debate on the crashing iron ore price, which has been triggered by huge capacity expansions by the likes of BHP and Rio. Maybe WA Premier Colin Barnett should come along and directly confront the board about its strategy of flooding the market.

Scentre Group — May 7, Sydney: the first chance for shareholders to reflect on the controversies of last year’s restructure. Handily for the Lowy family, neither chairman Frank Lowy nor his son Steven are up for election this year. UniSuper led the campaign against last year’s deal and is still the third largest shareholder behind compliant US giants BlackRock and Vanguard with a 6.57% stake. The obvious protest vote would be to oppose the remuneration report. Alternatively, deputy chairman Brian Schwartz, Mike Ihlein or Andrew Harmos are all up for re-election, along with new director Aliza Knox, a Singapore-based Twitter executive who is an interesting new recruit to the board.

Caltex — May 7 Sydney: the obvious debate will be about just why controlling shareholder Chevron took the money and ran a couple of weeks back. It was a record block trade that raised $4.73 billion at $34.20 and the shares closed last night at $34.91. Shareholders will want to know how Caltex will deal with $1 billion-plus in franking credits that were hoarded by the company when Chevron had control.