‘We forgot how vulnerable we were’: foreign students struggle to find homes

Education is Australia's fourth-largest import, but there are not many affordable accommodation options for foreign students, writes Crikey intern Emer McCarthy. 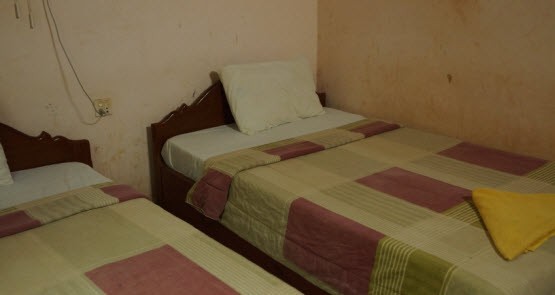 Gemma (not her real name) moved to Australia in 2013 from Russia to begin an arts degree at Monash University. She thought she would be able to find an apartment in short order and begin her studies.

“I thought it was going to be so much easier, it’s definitely the hardest thing I’ve done here,” she said.

It is well known that Australia is one of the most expensive countries for international and exchange students, yet Australian cities still perform highly on student liveability lists.

Six Australian cities rank in Quacquarelli Symonds’ 2015 student cities survey in terms of overall satisfaction, with Melbourne and Sydney making it into the top five. In terms of affordability, Adelaide and Canberra are the joint best-ranked Australian cities at number 37, on par with Los Angeles and just below Edinburgh.

According to a report issued by the Group of Eight universities, Australia educates 7% of the world’s international students, and enrolments are growing at a rate of 4.3% per year. This makes education Australia’s fourth-largest export, generating over $15 billion each year.

But if the Australian economy is benefiting so much from the influx of international students, why are there not affordable housing options to service them?

Gemma had always wanted to study in Australia and she decided to enrol at Monash after learning that of the Group of Eight universities, Monash offered the most financial aid to international students through scholarships. Gemma was awarded one of these.

When she arrived, Gemma stayed in a “really nice” hostel in St Kilda, Habitat HQ. She had originally only planned on staying for a week or so until she found her feet, but two months later she was still there. She said that after moving from Siberia by herself, the hostel was a great way to meet “super friendly” new people. But the hostel’s party atmosphere could sometimes prove distracting during semester.

After making friends at the hostel in a similar situation, Gemma and her friends looked for share houses. Attempting to find rental properties through agencies and websites like realestate.com.au proved difficult, as landlords requested things like previous Australian landlord references and proof of income. Student visas only allow the holder to work for no more than 20 hours a week, and a bank statement showing previous savings was not deemed sufficient.

They eventually found a share house, but the rent was far higher than anticipated for a house with shared bedrooms and an overly strict landlord who demanded rent be paid weekly as opposed to monthly, which was the original agreement.

“He had keys and he could come in and check on us at any time. It was awful … It didn’t feel like our place,” she said.

“Student accommodation in Australia is currently one of the most expensive in the world. Given the fact that international students are already paying full tuition fees, having more affordable housing options would of course allow international students to stretch their dollar and have peace of mind over their finances,” he said.

To assist with the accommodation hunting process, Ann Wadsworth runs Semester in Australia, which organises leases for exchange and international students before they leave home. The idea was created after Ann noticed the huge demand for housing from American institutions sending their students to universities in Brisbane.

“A lot of American universities send big programs,” Wadsworth said. The company has since opened up to international and exchange students from across the world, and it arranges accommodation in Sydney, Melbourne and the Gold Coast as well as Brisbane. The company offers not only accommodation but also social events to combat homesickness and to foster a social atmosphere.

This is something that Lucy, a zoology student on exchange from England, felt was lacking in her first semester living in a residence hall in Monash University’s Clayton campus. Coming from Leeds, the atmosphere was very different.

“I thought that there would be more of a campus culture,” she said.

After a semester in residence halls, Lucy and a fellow exchange student started looking for accommodation on websites including Gumtree and Flatmate Finders. Yet they found it “virtually impossible” to find a place for the two of them. The pair stayed in a $33 a night hostel for three weeks during semester while they searched for a place. They also encountered potential landlords and roommates ready to take advantage and exploit them in their increasingly desperate situation. Lucy recalled turning up to inspections to find dilapidated properties housing over 15 people as well as being asked by a man to satisfy his sexual fetish.

“We forgot how vulnerable we were.”

Lucy and her friends have since settled in a CBD apartment, but it is expensive at $235 a week, not including bills, compared to back in Leeds where her rent and bills for the week totalled 74 British pounds ($140).

Instead of universities building more on-campus housing infrastructure, there has been greater co-operation with third-party accommodation suppliers such as UniLodge and Urbanest to keep up with demand.

“It’s time for universities to play catch-up and commit to providing sufficient international student housing either through building their own accommodation options or working with third-party specialised student housing providers which is what some universities have done in recent years,” Lee said.

Third-party accommodation tends to be very expensive and also fills up quickly. Lucy said that even the cheapest UniLodge residence was “unbelievably expensive” for a residence that had minimal kitchen facilities and an abundance of added fees and charges.

Although Australia is an expensive place to live and study, Lee believes that international students are alerted to this before they move.

Students in detention? Life gets harder for international scholars

A tiny shack for $300 a week? The real crisis in housing

Hmm I have one kid currently in residence at Monash campus. She is happy there and the accommodation is relatively cheap. Communal activities seem to be strong and supportive. If you are lonely there then you are not really trying. It may not be for everyone but it sure seems to be a good option.

I’m not sure we should be comparing rental costs in Leeds (a town of 750K population) with Melbourne (pop 4.5mil). A CBD apartment too.

But it does sound like the usual story of the lowlifes taking advantage of the young desperate and vulnerable.