Anti-vaxxers are free riders, not a persecuted minority

Anti-vaxxers are dangerous conspiracy theorists whose actions kill children. They don't deserve any support from the community. 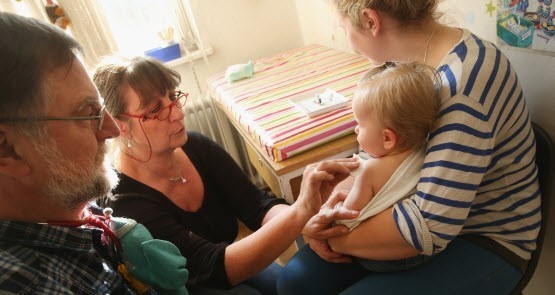 There have been two critical responses to the government’s removal of exemptions for the payment of welfare benefits to parents who refuse to immunise their children, except on genuine religious grounds.

One criticism is evidence-based, led by public health expert Associate Professor Julie Leask, arguing that the policy is unlikely to significantly improve vaccination rates, especially given a lot of vaccine “refusers” are actually people who haven’t kept their kids’ shots up to date or who have missed some, and who are thus already not receiving benefits. She also notes that a lot of hardcore refusers, who have registered under the inapt term “conscientious objector”, are high-income earners who don’t receive benefits anyway.

One of Leask’s observations is that welfare payments are not normally linked to health behaviours; welfare is supposed to be income support, not an incentive system to modify behaviour (even income-management schemes imposed on indigenous communities are justified, at least in token fashion, as being about maximising income support, rather than modifying behaviour). Thus, vaccination refusers should receive welfare payments, even though they’re breaking the “social contract”, as she puts it.

Leask makes a fair point, but it’s undermined by the fact that vaccination refusers aren’t merely breaking a kind of social contract with the rest of society by refusing to adhere to social norms around vaccination. They are certainly “free riders”, who benefit from the vaccination efforts of the great majority of parents to reduce the chances of their own children becoming ill. But beyond that, they’re actively harming the rest of society. The actions of anti-vaxers kill and hurt children — often their own, but also those of other parents who have done, or will do, the right thing. Babies who succumb to whooping cough because they’re too young to vaccinate are a tragic example of the grisly death toll inflicted by vaccine refusers, whose actions enable the spread of pertussis and other preventable diseases.

Given that, it is straightforward that society should not be providing support for such people. Indeed, it is bizarre that it should provide any assistance to people who, wittingly or unwittingly, are killing and harming children through their actions.

The other objection is somewhat more, shall we say, ethereal. Yesterday, The Guardian published a piece by former University of Canberra lecturer Jason Wilson. Wilson said that the “worrying” policy was politically motivated, that criticism of anti-vaxxers was “moral panic”, that it was another example of “the long history in Australia of the state interfering in the child-rearing of minority cultures”. “Anti-vaxxers,” Wilson concluded, “are not, after all, guilty of a crime of neglect or cruelty: their actions are born of divergent (if scientifically unsound) beliefs about what constitutes child welfare.”

It is, of course, an absolute outrage that Wilson should accuse politicians of behaving politically, although you also get the sense that if Labor had implemented a similar policy, we wouldn’t be reading about his concerns in The Guardian. But not merely is he unsubtly comparing anti-vaxxers with the Stolen Generation, he sees them as being punished not for any actual offence, but for the thought-crime of “divergent (if scientifically unsound)” views on child welfare, as if the death of a child from pertussis or measles might be seen as a kind of gentlemanly agreement to disagree on what constitutes being alive rather than a preventable health outcome. You can’t have “divergence” over what is real and what isn’t in measurable health impacts on another party. That’s called having your own facts.

But anti-vaccination views go far beyond “divergent beliefs about child welfare”: they normally embrace elaborate conspiracy theories involving the medical profession and pharmaceutical companies, and some anti-vaxxers have compared vaccination to genocide, murder and “full penetration rape”; their tactics frequently extend to harassment of grieving parents or journalists who scrutinise them. And some actually celebrate serious illnesses; for a long time, anti-vaxxers like Meryl Dorey peddled the dangerous lie that measles was a benign coming-of-age illness, “in ancient Sanskrit translated as ‘gift of the goddess‘”. It’s a gift that killed 145,700 people globally in 2013, according to the World Health Organisation.

It’s debatable whether anti-vaxxers aren’t guilty of neglect. But they are not a persecuted “minority culture” targeted by a state with a predisposition to stealing children. In Australia — and there is similar evidence from other Anglophone countries — anti-vaxxers are some of the most affluent members of urban communities. For this wealthy, white, educated “minority culture”, objecting to vaccination is more a status marker to distinguish themselves from the “herd”, like the BMW or Volvo in the driveway.

Nor are they the victims of the blunt use of state power — they’re simply not being given certain types of handouts by government, in cases where they may be eligible for them. It’s a shame that the Coalition doesn’t stop offering handouts to a whole bunch of other bludgers, those with a lot more political clout than the “Melanie’s Marvellous Measles” crowd, but that’s not to say it’s wrong when it does.

Lord, Byron, what a town!

Discover this one amazing trick to make politicians do what you want!

In a hippie heartland, trying to sway the intractable anti-vaxxers

I wonder if the problem is that increasingly there is evidence that the pharmaceutical industry not only fudges their data but also captures the medical industry.

Also the existence of class actions about particular vaccines must give pause for thought.

And some vaccines are no longer supposed to be given to young children.

What then to do if one’s family has a history of sensitivities or allergies?

@Daniel and what if the allergies are in part caused by vaccines, eg peanut oil derivatives causing nut allergies?

Are we just supposed to suck it up and join the herd, or can someone do an actual scientific study into nut allergies and vaccines?

And just a note to statist sheeple reading this, don’t worry yourselves, this debate is beyond you….

Aaaaand…we’re off to a flying start. This will be fun.

“What then to do if one’s family has a history of sensitivities or allergies?” Consult your family doctor…someone who has access to a font of knowledge that was not gained from some tin-foil hat nutter on the interwebs.

Oops, a couple of the tin-hat brigade out already. Your thoughtlessness endangers everyone. No need to join the ‘herd’ just wise up to society’s benefit.