While Tony Abbott and Bill Shorten peddle lies about terrorism, the head of the CIA says the War on Terror generates more terrorists and will last forever. 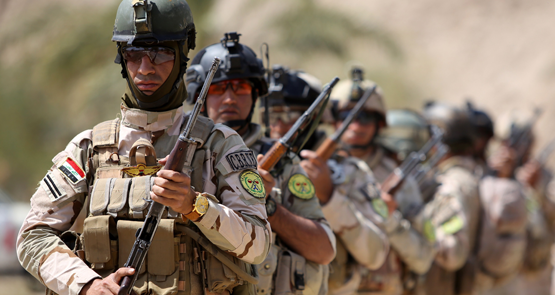 How fares the War on Terror?

There’s been good news with the successful expulsion of Islamic State (“Death Cult” etc) forces from the Kurdish town of Kobane*. But the only visible progress against IS in Iraq has been by Iranian-backed Shiite militias, which when they recaptured Tikrit added to the horrific toll of war crimes proudly carried out in that city by IS, by themselves slaughtering local Sunnis. After Reuters reported the Shiite war crimes, its Baghdad bureau chief was targeted by Shiite militias and forced to leave the country. At least those murderers have the good grace to hide, not advertise, their slaughter.

Meanwhile in Syria, IS seized the Yarmouk refugee camp near Damascus and its remaining miserable, starving residents, while there’s growing evidence that Jabhat al-Nusra, another al-Qaeda offshoot, is teaming up with what’s left of the so-called “moderate” rebels in Syria and accessing the considerable US armaments provided to them, even while it may also be working with IS. And in Libya, IS is threatening to place militants amid the torrent of illegal immigrants flowing across the Mediterranean to Italy. Just this morning, the United States warned that the “growing risk of terrorism in Libya is of grave concern”.

And in Yemen, al-Qaeda in the Arabian Peninsula (AQAP) took advantage of the chaos of the civil war/Saudi-Iranian proxy war to seize the town of Al Mukalla, where they freed a prison containing jihadists. Yemeni troops who fled in the face of AQAP forces left behind a trove of US military equipment. Sound familiar?

So, 12 years on from the Western invasion of Iraq, four years into the Syrian civil war, and nine months into the current military intervention in Iraq, a large chunk of Syria and Iraq is now controlled by a medieval Sunni fundamentalist militia that the West has transformed into the rock stars of terrorism, while the rest of Iraq is divided between an Iranian-controlled Shiite regime that is notionally our ally, and a Kurdish north despised by Turkey. Meanwhile, despite years of drone strikes and US counter-terrorism efforts, Yemen is set to become an excellent base for one of the many al-Qaeda offshoots.

John Brennan, head of the CIA, knows all about drone strikes in Yemen. As Obama’s counter-terrorism adviser, he ordered the 2011 strike that incinerated Denver teenager Abdulrahman al-Awlaki, after which administration officials tried to claim al-Awlaki was a militant in his twenties, rather than a sixteen year old trying to find his dad, also killed in a US drone strike two weeks earlier.

Last week, Brennan opened up about the apparent failure of the War on Terror. According to Brennan, basically the war is better than doing nothing. “If we were not as engaged against the terrorists, I think we would be facing a horrendous, horrendous environment,” he said in a discussion at Harvard. Pressed on why there now appeared to be more terror groups than when the US initiated the War on Terror after 9/11, Brennan said something most interesting:

“We have worked collectively as a government but also with our international partners very hard to try and root many of them out. Might some of these actions be stimulants to others joining their ranks? Sure, that’s a possibility. I think, though it has taken off of the battlefield a lot more terrorists, than it has put on.”

So, wait, what did Brennan just say? That the conduct of the War on Terror might have been a “stimulant” to terrorist recruitment? He then quickly followed it up by saying that, in net terms, the war was killing more terrorists than it created, although there doesn’t appear to be any real world evidence of that.

The head of the CIA has thus yet again discredited the bipartisan fiction, supported by both Tony Abbott and Bill Shorten, that there’s no connection between Western military actions and terrorist recruitment, that terrorists merely “hate us for our freedom” (to which the bipartisan response, it appears, is to curb our own freedoms). Indeed, what Brennan said was, within intelligence circles, entirely unexceptionable: the CIA has, in the past, acknowledged that the Iraq War caused a surge in terrorist action in the West; MI6 acknowledged that as well, in the context of the London bombings; our own then-AFP commissioner Mick Keelty was savaged by the Howard government for saying the same thing. Last week, Muslim community figure Keysar Trad was attacked for saying something similar.

So given the War on Terror has actually made the problem of terrorism and the number of terrorists worse, not better, when did Brennan think the War on Terror would be won? In short, not for a very long time. “This is going to be something, I think, that we’re always going to have to be vigilant about … the ability to cause damage and violence and kill will be with us for many years to come.” Given that Brennan admits that the War on Terror actually generates more of the very people it is intended to stop, that’s another unexceptionable statement.

But then Brennan went on to say something unexpected. Maybe, as a jaded security veteran who has spawned his share of terrorists with incessant drone strike murders, Brennan has worked out what he’s doing is simply self-perpetuating:

“We just have to not kill our way out of this because that’s not going to address it. We need to stop those attacks that are in train but we also have to address some of those underlying factors and conditions. I’m not saying that poverty causes somebody to become a terrorist, or a lack of governance, but they certainly do allow these terrorist organizations to grow and they take full advantage of those opportunities.”

Guess what the reaction would be if a Muslim leader had said something like that.

* This article originally referred to the town of Kobane as being in Iraq. In fact Kobane is nearly 300 kilometres from Iraq, on the Syrian-Turkish border.

We all know the War on Terror is actually the stimulant for turmoil and unrest. But is n’t this the intended result and exactly what the faceless internationalists are seeking to achieve? Order out of chaos?..no doubt about it.

Any WMDs found in Iraq yet?

‘Endless and self-perpetuating’ – finally the perpetual motion machine we were told was impossible:(

We really do need to stop sticking our bibs into the Middle East, and just leave them to it. History has already told us that we have stuffed it up before, several times!
Bernard, did you mean to put italics around illegal immigrants in the third paragraph?

Have they defined “terrorist” – without catching their nobs in the zip?
And “real world” (evidence) – there’s the rub, when it comes to spooks?
[Burny – sadly, the nearest they could get was BMWs.]