‘Not out of place in Pinochet’s Chile’: the chilling effect of our anti-terrorism laws

Freelance writer James Rose talks with the author of a new book on the frightening consequences of Australia's anti-terror laws. 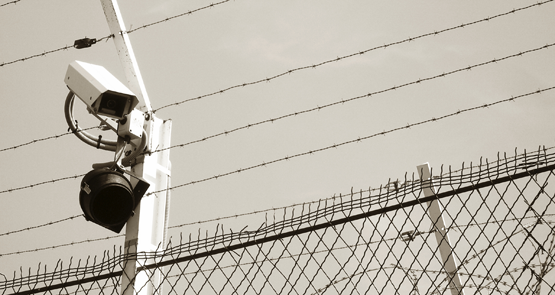 If you listen hard, perhaps you can hear Australia’s civil space being slowly but surely tightened. It can be hard to hear amid the roaring traffic and neighbourhood leaf blowers, inside the stresses of 60-hour weeks, tense kids and Joyce Mayne ads. But it’s there. You can hear it as you read a new book co-authored by three leading national-security law experts that dryly outlines the many negatives within the few positives that anti-terror laws since 9/11 have introduced.

Nicola McGarrity, a lecturer in law at UNSW and co-author of Inside Australia’s Anti-Terrorism Laws and Trials, agrees this is a moment, even a very dangerous moment, for human rights in this country.

“So much has changed,” she said. “In 2007, many new national security laws were hardly used. By now, there have been so many charges laid under anti-terror laws and we have tried to evaluate these laws at face value, but also in practice.”

For instance, the authors write, these laws have been hastily constructed, have failed to use instruments that already exist, have ignored public advocacy and concern, overturn the principle of guilty until proven innocent, and are only possible because Australia lacks the protection of a bill of rights. And in many cases, they say, these laws that have taken such a toll on national human rights often don’t even work and may, in fact, be counter-productive.

They write, “the result in Australia is a body of law that undermines democratic freedoms to a greater extent than the laws of other comparable nations, including nations facing a more severe terrorist threat”.

For McGarrity, it’s a question of proportionality.

“Having anti-terror laws is important. But governments need to enact some sense of restraint,” she said.

But laws surrounding declared-area offences or no-go zones (“highly problematic”), prosecuting terrorist suspects (“inappropriate”) or special police powers (“questionable”) don’t look to the book’s authors like they have much restraint attached to them. Indeed, it appears they have been hurled into our midst like so many hand grenades, as supporting lawmakers and bureaucrats sit in trenches and cover their ears.

Which brings us to us. What is the general public’s role in allowing these laws to take effect and to impact the lives of future generations, as they no doubt will?

The book provides some clues, largely in sub-text, as to how we have let this happen.

One is written in the politics of fear. The book’s authors all agree that anti-terror laws are appropriate, but, they aver that fear drives these policies more than it should.

McGarrity said: “There has been since 2001 an understandable fear among the public. And governments are naturally inclined to act on that fear. So it’s about vote winning. But it’s also simply seeing a problem.”

There is also, she says, a kind of institutional fear that infects public offices, particularly those dealing with national security issues. No one wants to be the responsible party for a terrorist act on his or her watch, or for being squeamish about proactive legislation.

This sort of public body lockstep is problematic enough. But it gets worse. Media organisations, without a defined role in reporting on national security, seek to generate what interest they can, and that often falls into the boorish, headline-driven approach to terrorism that not only keeps us uneducated, but keeps us in fear.

McGarrity argues: “Media has a lack of information in the national security space, especially in relation to disclosure. So it’s difficult for media to play an important role.”

In this way, she says, “media is able to be used by government”.

One glaring case of this manipulation is covered in the book. In 2013, two separate reviews on aspects of anti-terror laws were presented to the Gillard government by the Council of Australian Governments and by the Independent National Security Legislation Monitor. Both were important critiques of new laws and raised serious concerns around efficacy, human rights and appropriateness.

These reports were released at 5pm on federal budget day. Thus, important inputs into a possibly more restrained national security system were effectively thrown under the feet of a stampeding media on one of the biggest news days on the calendar. As result, few even knew the reports existed, let alone were able to be appraised of the views they contained.

A quick Google search confirms the shape of the scramble for stories about national security. A news search on “Independent National Security Legislation Monitor” returned 151 links over the last year. Searches for “Foreign Fighter Australia” clicked up 85,000 mentions, while “Jihad Australia” clocked 135,000. The language of fear produces a higher yield than balance and reflection.

At one point, authors Andrew Lynch, George Williams and McGarrity compare one proposed new law, the ASIO Legislation Amendment (Terrorism) Bill 2002 — one of the Howard government’s first responses to 9/11 — to one of the last century’s most infamous dictatorships: “It would not have been out of place in General Pinochet’s Chile.”

Lest the alarm bells not be set pounding by such a conclusion, they finish their book with a sense of deep misgivings about how things have gone: “While there was a strong case for new anti-terrorism laws in the early 2000s, what resulted from the political process diverges in too many respects from the laws that Australia should have achieved … they may, over the longer term, erode the very democratic freedoms that they are designed to protect.”

While the enacting of these laws makes easy enough copy for a book, the public’s response to them would struggle to fill out a pamphlet. More than the mere incompetence and/or venality that seem to have accompanied many anti-terror laws in the last 15 years, the story of our doe-eyed reaction to them is perhaps more telling and more frightening. The silent erosion of the means of full-scale public scrutiny and dissent in relation to the undermining of our civic freedoms is a story still being written. History may well judge this time as more significant than we can perhaps imagine.

‘Terrorism is terrorism’ — until it’s not

The danger always when security services operate in the dark with draconian laws, with minimal oversight, with spineless politicians who are are only interested in manipuating fear for political gain:

One important lesson to draw from this is that Australians are peculiarly vulnerable relative to other western democracies in that we are almost unique in having no Bill of Rights or its equivalent.. That exposes us to the rampant self interest of governments aided and abetted as they are here by a supine opposition that is more afraid of being wedged on national security issues than it is in maintaining fundamental principles of civil liberties.

Yeah, well something’s telling me that the authors have just lost confidence of our dear government and that Australians are sick to death from being lectured by some book writers. There. Argument closed.

I wonder if that fear has something to do with the distance from the culturally similar rest of the world and the decades of Australian nation being ‘sheltered’ from it.