The media buyer and philanthropist sings the praises of smartphones, but still reads six newspapers each day. 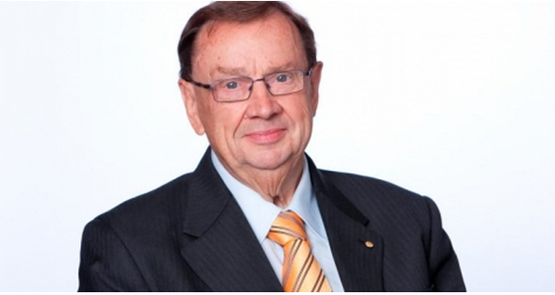 Crikey has asked spinners, pollies, journos and others about the shifting media landscape over the past 15 years. What’s good, what’s changed and what’s next? In the sixth installment in our ongoing Digital Disruptions series, we talk to media buyer and philanthropist Harold Mitchell.

How has your media consumption changed since the year 2000? Are you better or worse-informed? Do you find the media harder to cope or more engaging and interesting?

I’m a greater user of digital media, and much more mobile. I will have almost everything I need to know instantly on an iPhone. I’m not an iPad person — honestly a phone is enough. I am informed — though no more than ever. I don’t find the media harder to cope with, and there’s been no change in how interesting it is.

I read about six newspapers a day, and expect I will in five years’ time. I’m of an age where I’ll probably stay with that. I think newspapers will continue to be a force as long as they have independence of thought.

I read stuff from everywhere, and respect independent journalists form all over the world. Though I do notice that I’ve developed, in recent times, a return to reading The Economist much more than I did before. I find that they are worldly, concise, and I respect their opinions.

The ABC is still critical. It represents a balance … with commercial media forces.

We should have no borders, or boundaries, to the rest of the world. Local content is always good. Australia must continue to represent themselves as to who and what they are. But Australia needs to be a part of the world.

Mark Twain said many things good and bad. This one is now a little outdated. There are now so many more media forces than just the newspaper.